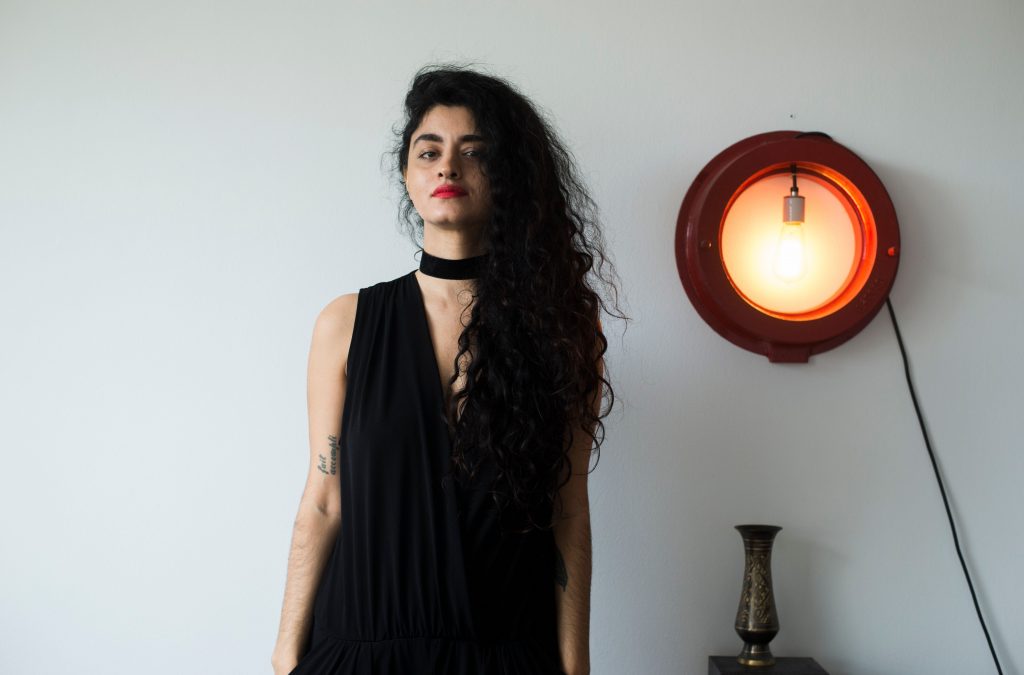 A week after writer, photographer and activist Samra Habib published her memoir, We Have Always Been Here, her father received an anonymous package. It contained print outs of her social media posts and all the articles she had ever written on being queer. It is not uncommon to be “outed” in the tight-knit Ahmadi Muslim community; it’s a form of using humiliation and violence as a discipline. But this incident is a footnote in the story Samra has written for public consumption, which details her life’s experience as a queer Muslim woman, moving from joy to pain and back again.

Ahmadis form an Islamic community founded in Qadian, India. In many Muslim communities, its members are persecuted – seen as heretics and non-Muslims. The “Lahore Massacre” of 2010 resulted in the murder of 84 Ahmadis attending Friday prayers by suicide attack. More globally, Ahmadis have been banned from some Islamic shops in the UK and America.

We Have Always Been Here book traces Samra’s family’s migration as refugees from the city of Rabwah, Pakistan, to Toronto, Canada as a result of this persecution. When Samra moved to Toronto, she was confronted with other forms of oppression, such as widespread Islamophobia. And much to her frustration, the Ahmadiyya community is also working on excommunicating her. Despite her never having said anything negative about the faith, according to them, her queer identity and explicit vocalisation of her experiences have no place in Islam.

As a fellow queer Ahmadi Muslim, I was intensely moved by Samra’s work and I appreciated her candidness. To read this book was to gain an intimate attachment to Samra’s journey. The brutal honesty in the narrative, paired with its nonchalant tone, felt like I was in a conversation with the writer. A conversation in which I wanted to do nothing but listen. The book is written in emotional prose and shows a deep understanding of complex issues such as migration, queerness and faith.

“After being scolded and frozen out, I now felt that Islam was welcoming me back into its arms”

Samra’s life changed immeasurably after she accepted an engagement to an Ahmadi man at the age of 13. It was then that Samra began to discover her queerness. She broke off her engagement and started to explore her identity by meeting other queer people of colour and finding queer Muslim spaces in Canada, such as Salaam Canada. Eventually, she started her own project – the Just Me and Allah photo series – to connect with and interview other queer Muslim people. Through this lens, she has documented the non-homogenous experiences and lives of queer Muslims around the globe.

Solidarity and the intention to share experiences in order to build empathy also drove her to write the memoir. In queer Muslim spaces, Samra witnessed a version of Islam she could be a part of. “After being scolded and frozen out, I now felt that Islam was welcoming me back into its arms,” she tells me. “It had been an awfully lonely time, and I was glad to be in the company of people who didn’t ask me to change who I was in order to share space with them. I had finally found my people.”

We chatted to Samra to find out more about the motivations behind her book, mental health in the Muslim community and why white allies need to learn to listen.

gal-dem: What drove you to write the memoir?

Samra Habib: Even when I was working on the photo project, I was trying to find the courage to tell my own story. So many stories I would hear would be about trauma and devastation. Sure, those things have happened to me but I have also experienced joy amongst other amazing things. I thought it would help people to witness this to challenge their perceptions about queer Muslim life. By writing the book, I saw myself for the first time. It was an opportunity to sit down and face what I’ve been carrying with me my entire life. I don’t think I could have written this book 10 years ago. It had to be now, when I am ready.

It’s really brave of you to go public. I was happy to see you write about how accommodating and supportive your parents have been since you came out!

Yeah, I guess we lucked out. After I ran away from home, they started to understand that they don’t have the authority over me any more to control or tell me what to do. They just have to accept me for me. For the longest time I dealt with depression and after my suicide attempt a big part of who I am is trying to be healthier as a person, so my father especially understands. It’s a bit unfair for me to expect them to accept me fully at once so, baby steps. It’s also been great because so many queer Ahmadi kids have found me online and opened up to me big time. It’s great to see us out there.

What helped you ‘move on’ from the suicide attempt? Is there any advice you would give to other queer Muslims who are struggling with mental health?

I still deal with it all the time. I don’t think it’s something that really leaves you. In the last four or five years, I’ve been able to access queer people of colour (QPoC) therapists which has been an amazing way to help me heal. I didn’t have that as a kid and I don’t know if it’s healthy to suggest this but I threw myself into my work and creative projects. It helped me avoid facing myself but I’m super proud of the outcomes, like a true Virgo.

Your time in fashion seems to have really informed your creative process and inspirations. What was it like working in the industry?

I met some amazing people who taught me about photography. Just by being on set for these shoots selling products I learned how to make my subjects comfortable, especially for the Just Me and Allah project. The lack of people of colour subjects in the fashion and photography industry triggered something in me to centre them in my work. I learned you can’t really make a change working in fashion, it’s not really for me but it helped me realise my purpose in life.

Just Me and Allah is incredible. Where are you at personally with Islam and your queer identity?

I believe in God and pray to God, even if it’s not five times a day. I find comfort in prayer, and whenever I’m around queer Muslims or at the mosque it’s a transformative experience reminding me what a big part of my life Islam is. I would like to help queer Muslims wherever I can, whether it’s through my book or my photo project. It’s informed by who I am and my upbringing. How it manifests is always evolving and can look different but it is from my connection to God that inspires me to be kind and show compassion. It’s from all that amazing stuff Islam teaches you.

Are there any specific things you want non-queer Muslim or white people to do about the aggressions we face?

Just listen. Give us more spaces. Give us positions in which we can make change happen. I feel like one of the struggles I face every day when I’m the only QPoC is I don’t have the opportunity to be listened to. I feel people talking at me a lot. We are all more similar than we think we are, and memoirs are a great way to remind people of that. It humanises our experience and builds empathy and compassion.