In Michaela Coel’s I May Destroy You, drug use is just as complicated as the characters

Illustration by Naomi Gennery
Paid partnership with the BBC

When a deadline is looming, most writers will likely opt for coffee as their drug of choice. But for the protagonist of Michaela Coel’s latest comedy-drama, I May Destroy You, chain-smoking spliffs seems to be the way forward. Stationed in front of her laptop with the task of completing a book draft, Arabella Essiedu, played by Michaela, is a young writer who’s arguably emulating what some of the greats have done before her. Think about it: Truman Capote might’ve never made it to Breakfast at Tiffany’s without cocaine, while Dorian might not have been so alluring if it weren’t for Oscar Wilde’s penchant for an opium-lined cigarette.

The literary genius behind Chronicles of a Fed-Up Millennial, Arabella is emblematic of her generation, especially when it comes to her attitude towards drugs. In episode one, we see her and her housemate Ben sharing a joint on the sofa while zoning out in front of the TV. As the series progresses, it becomes apparent that weed is a multifaceted tool for Arabella: a bonding device she shares with BFF Terry; a pre-sex coping mechanism that’s a sharper substitute for cigarettes. Smoking blunts for her is largely depicted as somewhat innocuous – it’s the harder drugs that bring in an element of contention.

“Michaela is wise to show drug use as a nuanced activity; after all, what goes up must come down”

Midway through the first episode, Arabella ditches her attempt at writing to go on a night out. What starts off as a round of drinks quickly descends into bumps of coke and, before you know it, you’re watching Arabella stumble through the bar, breaking glasses and crashing into a holder of plastic straws, sending them scattering with the same ferocity as a pissed-off PETA activist. I have been Arabella. There’s this assumption that black people don’t really take class As – ignorant folks believe we either just sell them or experiment with weed. But for millennials, drug use has become somewhat ubiquitous – so much so, that whether you take drugs or not has become a preference question on dating apps targeted towards us (here’s looking at you, Hinge).

In fact, this intersection between sex and drugs becomes pivotal to Arabella’s character arc, with consent slap bang in the middle. As episode one draws to a close, Arabella has a supposed flashback: shot from beneath, a brief clip of a white man interrupts the screen. Stood in a toilet cubicle, he gasps for breath as he violently thrusts while the walls tremble around him. What began as a hedonistic night morphs into an insidious series of events that our protagonist can’t quite remember. Somewhat in denial, she frantically tries to recall the evening and considers the fact that she might’ve been spiked.

At age 24, pinned to a nightclub wall in east London, I was coerced into drinking a rum and coke by a guy who only later told me that he’d “added a little something”. Two years later, I waited for friends at a bar and, by a stroke of luck, saw a man sprinkle an unknown substance into my drink. I watched the sequence and had this unnerving feeling that I’m sure most women can relate to – that I could’ve been Arabella. That’s because, like many others, I know women who have had experiences near identical to hers.

Michaela cleverly opens up a dialogue about assault but is careful not to victim blame or depict drugs in a wholly damning light. Fast-forward to episode three and you’ll discover that drugs act as a gateway for Arabella and her long-distance boo Biagio. Not dissimilar to Leo’s turn as Romeo in Baz Luhrmann’s retelling of Shakespeare’s famous love story, Arabella hits the MDMA and somehow ends up in the arms of the Italian drug dealer who had sold her the substance mere hours before. In her hotel sniffing lines of coke until her nose bleeds while he looks on in bemusement, a frank attempt at period sex ends with the two heading for a romantic chat on the beach.

In tandem with Arabella’s storyline, travel buddy and partner in crime Terry ends up having a threesome with two random men – an experience that seems tinged with regret. It’s difficult to discern how to feel about their drug use at this point. On the one hand, we’re treated to close-up shots of the two friends bonding in a club and submitting themselves to that palpable sense of euphoria. On the other, Arabella’s shown taking solo trips to the toilet to do endless keys of coke and ket, leaving Terry to wander home alone, disheartened and in search of companionship. Throughout, Michaela is wise to show drug use as a nuanced activity; after all, what goes up must come down.

Generally speaking, black women navigating drugs and sex for their own gratification is often overlooked in mainstream television. Aside from Issa Rae’s Insecure, drug-fuelled escapades are largely shown as the preserve of white characters. Who could forget the moment when Serena fucked Nate while off her face in the pilot episode of Gossip Girl? Similarly, the predominantly white cast of Skins has long served as Britain’s answer to teens engaging in drug-addled hijinks. As far as black characters are concerned, stereotypes of drug dealers and addicts have long prevailed, so Michaela’s portrayal comes as a welcome breath of fresh air (or first drag of the blunt, if you will).

“Crimes committed against black women are still largely left unreported by the media, so to see a protagonist undergo such trauma and seek to recover is ironically liberating to watch”

For black women, in particular, another major aspect of underrepresentation that I May Destroy You addresses is, of course, assault. Aside from the occasional spot on Law & Order: Special Victims Unit, black women are seldom seen as victims of DFSA – that’s “drug-fuelled sexual assault”, as Arabella’s therapist explains to her in episode four. There are uncomfortable-yet-necessary scenes of urine samples and cheek swabs, as Michaela’s character sits with tears streaming down her face while she comes to the realisation of her rape. Crimes committed against black women in the UK and beyond are still largely left unreported by the media, so to see a protagonist undergo such trauma and seek to recover is ironically liberating to watch.

At this point in time, the world appears to be moving towards a progressive future. The Black Lives Matter protests have swept across nations to result in the biggest civil rights movement ever recorded. However, in order for this action to not be a fleeting moment in history, we need more creatives like Michaela to be given a platform to showcase the realities of life for black people. Her television debut with Channel 4’s Chewing Gum was a comedic success at shedding light on poverty, race and religion. And while her signature boldfaced humour resurfaces in I May Destroy You, there’s an earnestness to Michaela’s work this time that elevates it above your typical “gritty” series. Essentially a tale of love and other drugs, as a black woman, I’ll gladly plug more episodes of this one straight into my veins.

This article is part of a paid partnership by gal-dem for the new BBC drama I May Destroy You, written by and starring Michaela Coel, currently streaming on iPlayer 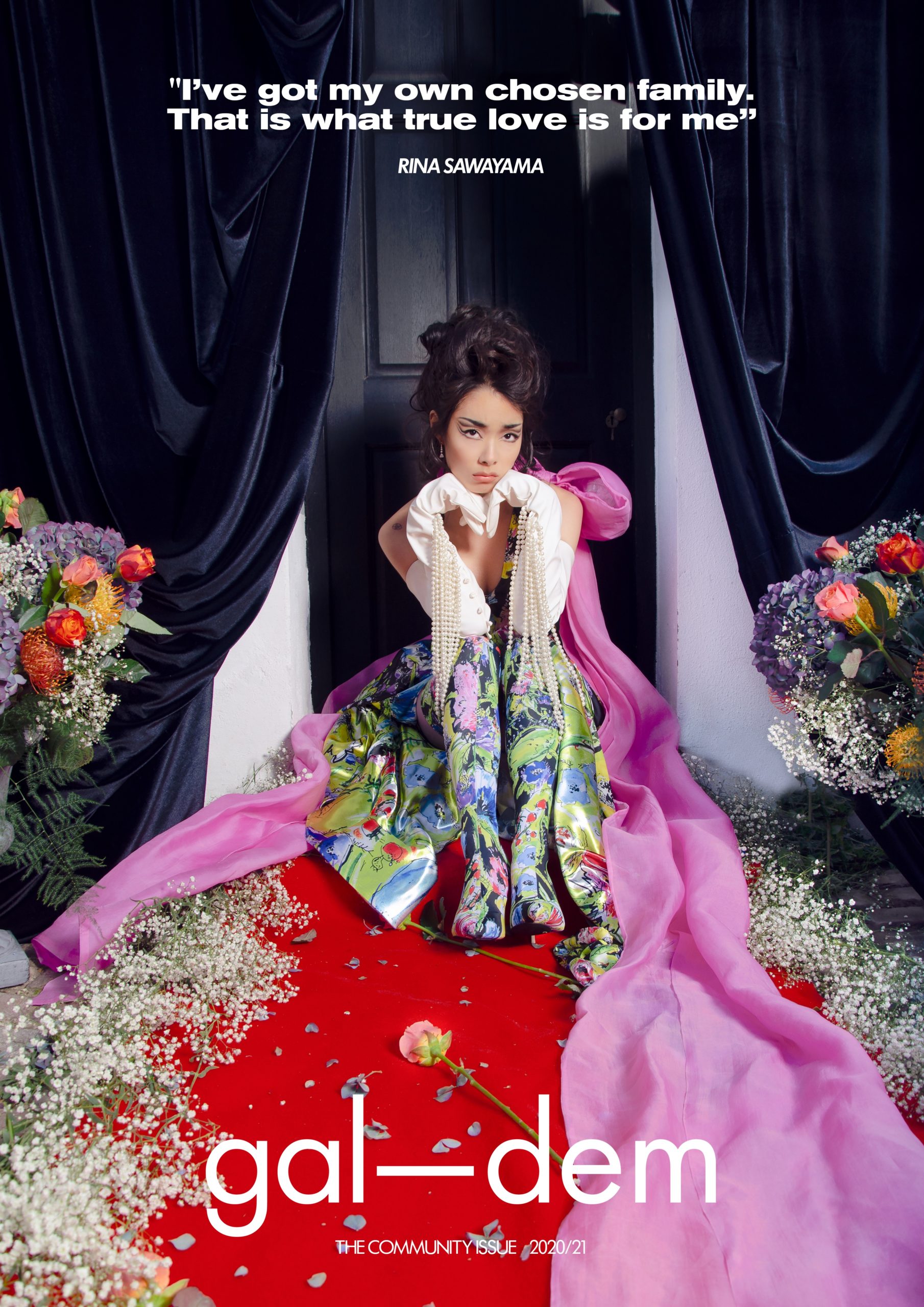 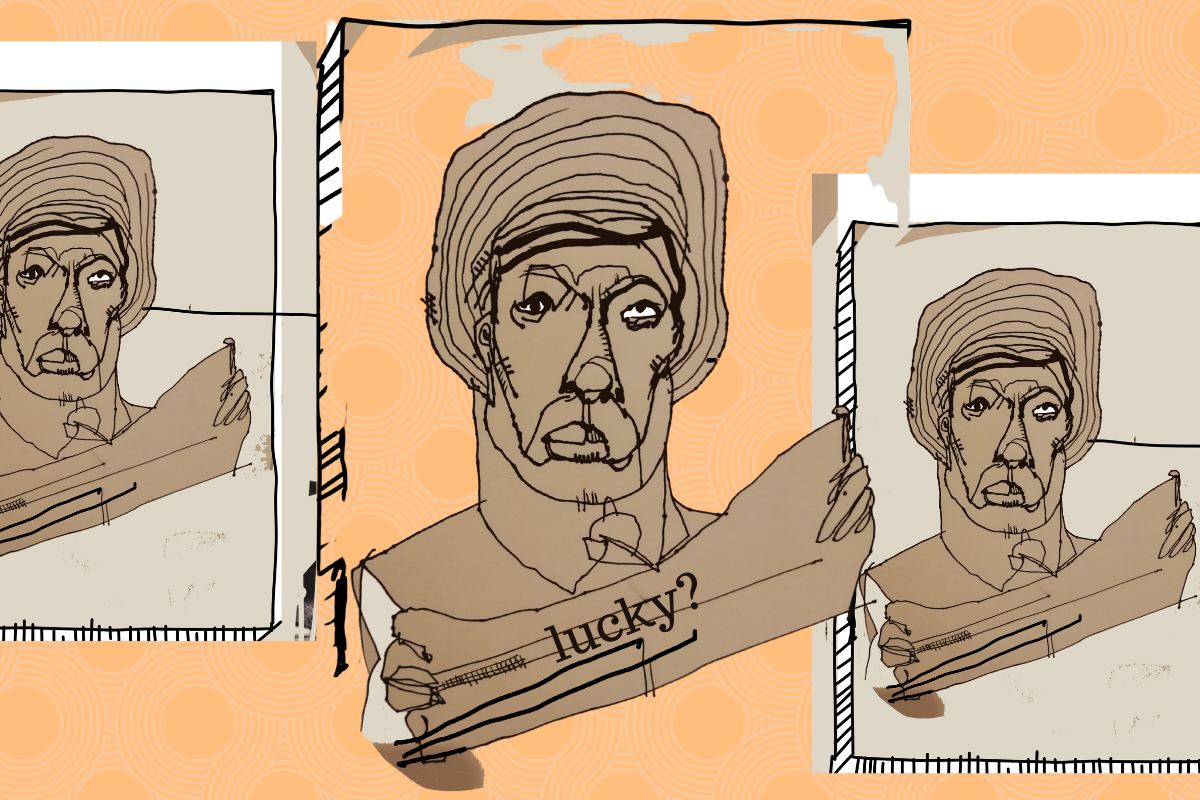 LELO: sex toys and prosthetics have been key to my sexual liberation 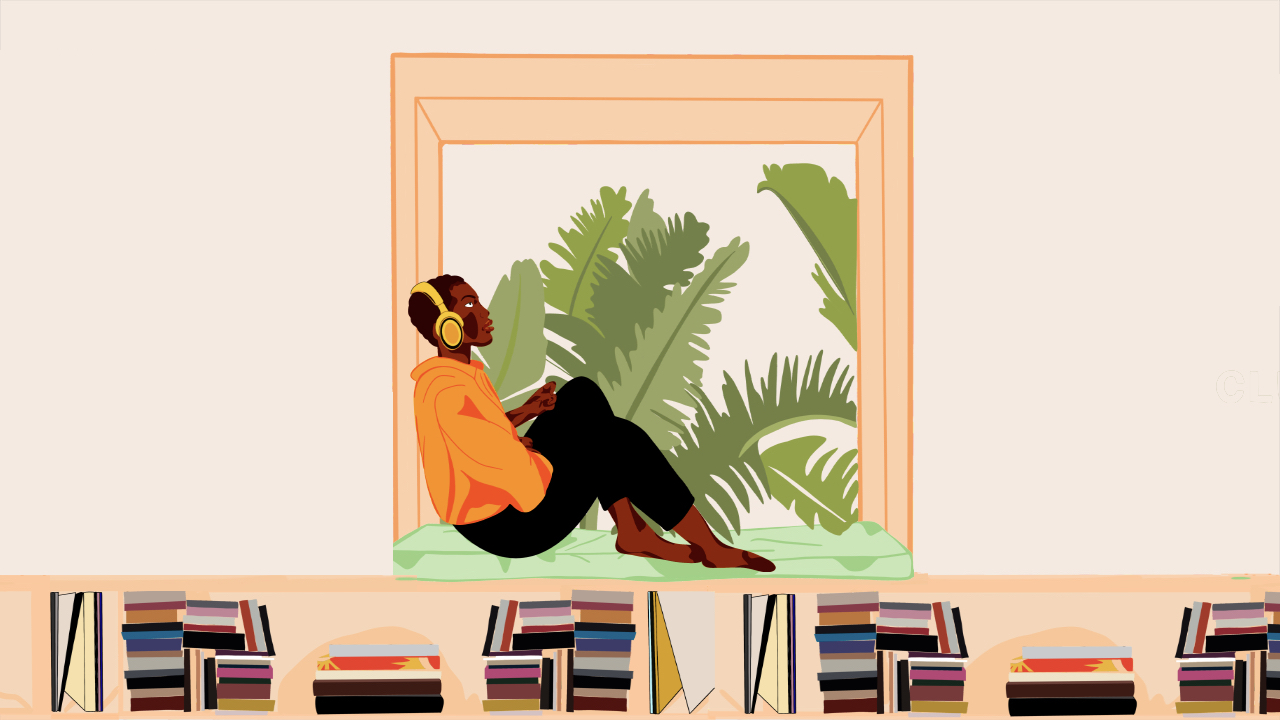 How Listen up! audiobook clubs created a healing space in a hellish year 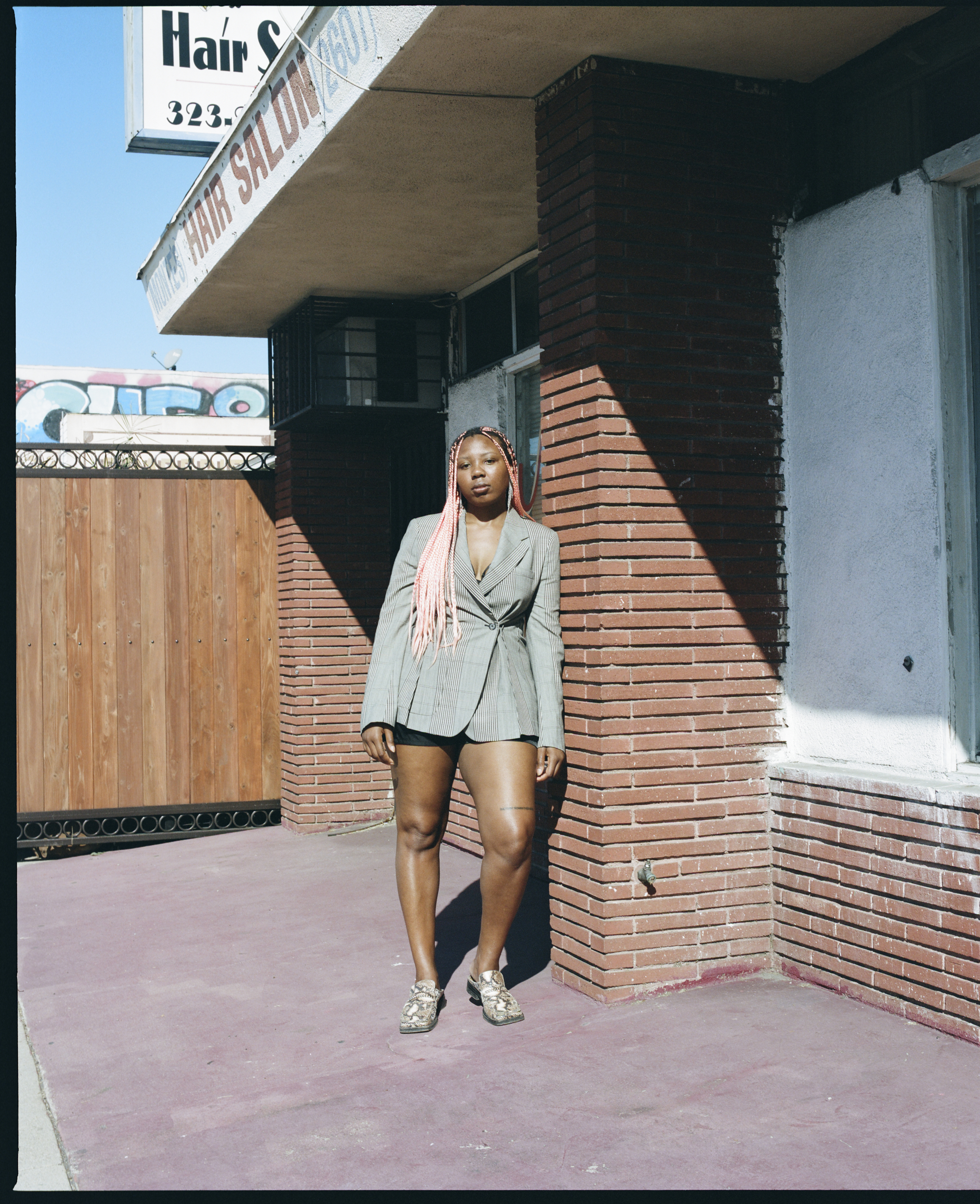 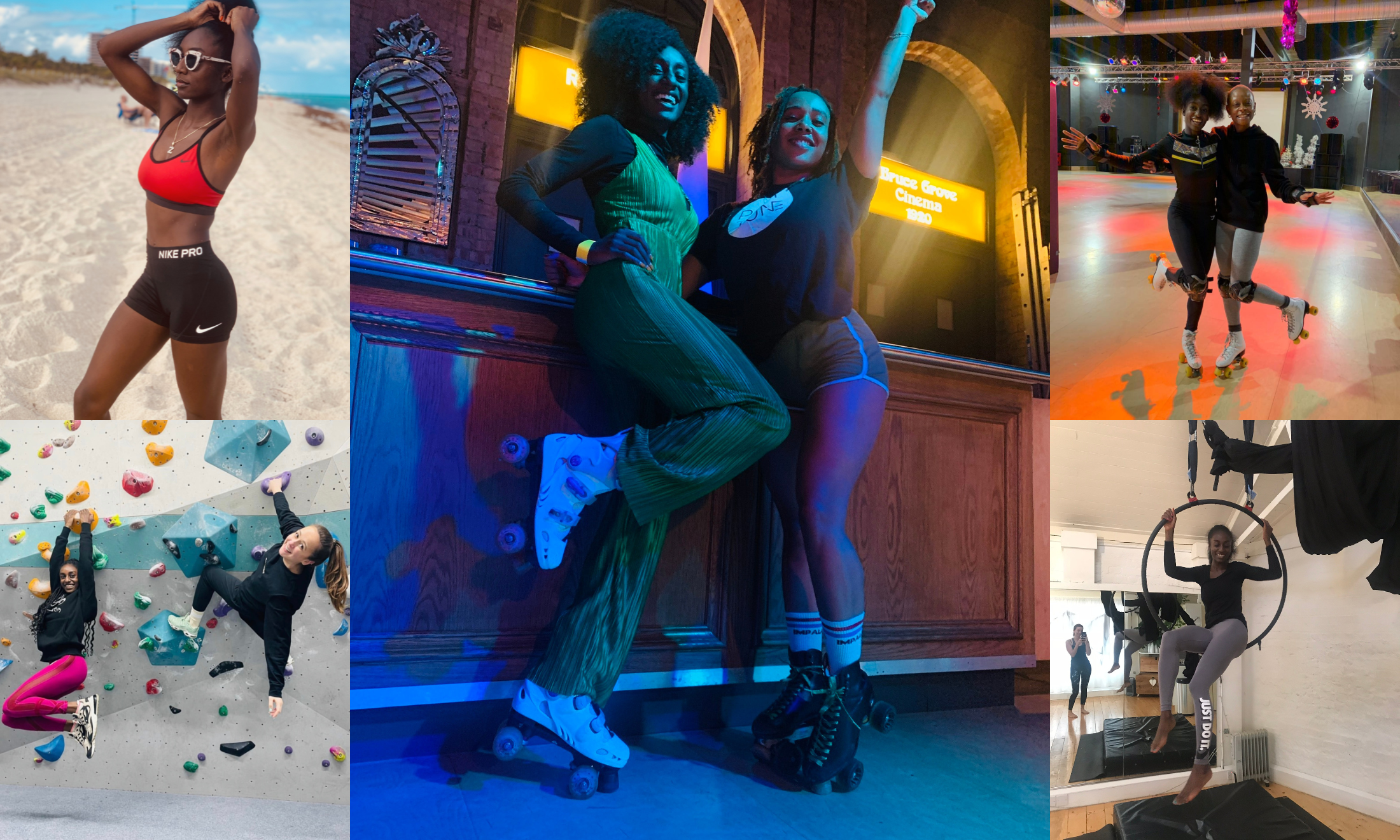