Introducing NAYANA IZ, the ‘born in London, made in India’ artist with a warrior spirit

The 19-year-old speaks to us ahead of the release of her EP smoke + fly, inspired by her grandmother who was a warrior from northeast India. 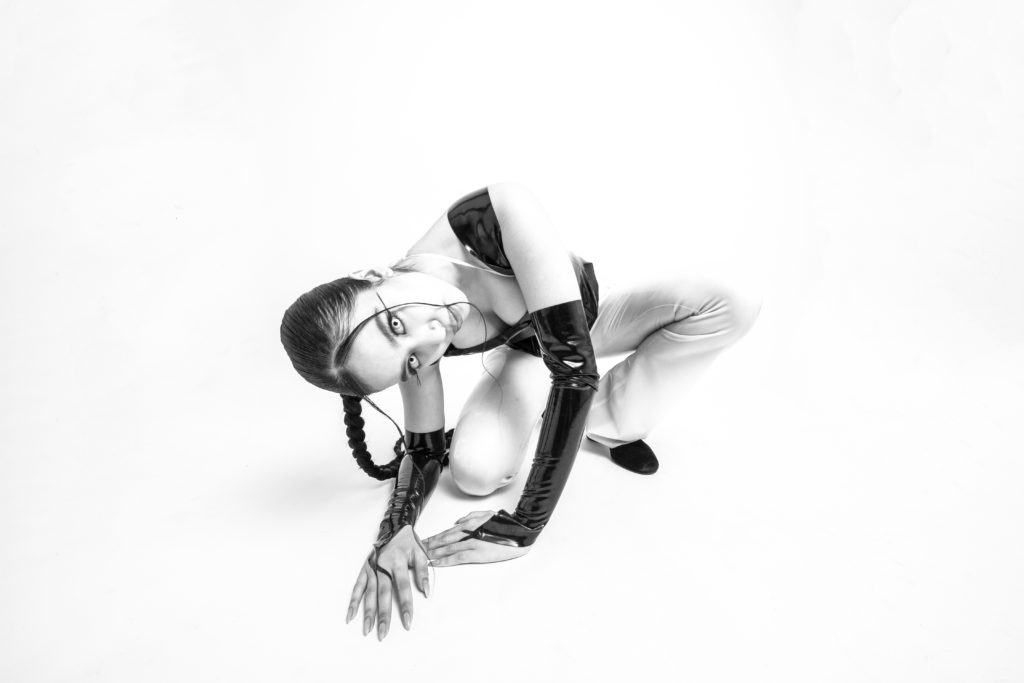 As NAYANA IZ (pronounced: eye-zee) answers my FaceTime call, I’m glad to see that we’re both chilling in bed in our loungewear, and think, “it couldn’t get any more lockdown than this”.

Part of the enigmatic, up-and-coming west London creative collective, NiNE8 (which includes Lava La Rue and Biig Piig), NAYANA IZ is a vocalist and rapper who switches between jazzy, airy melodies and hard-hitting bars with ease. From her appearances on NiNE8’s mixtape No Smoke to her own recently dropped singles, ‘Walking’ and ‘Final Hour’, IZ’s sound is not easily categorised. On the former, she shows off delicate vocals, whilst the latter makes way for a gritty flow that embodies her versatility as an artist.

Growing up in a white-dominated landscape, the 19-year-old artist spent her formative years grappling with the duality of her British-Asian identity, which she now expresses through her art. Her sound is a product of London’s thriving hip-hop scene, but visually and spiritually influenced by the styles and culture of India. Born in London, but made in India, IZ proudly reps her Indian heritage in her recent campaign with schuh that features her single ‘how we do’.

Ahead of her first solo EP drop, we (virtually) sat down with newcomer to talk brown girl representation, dealing with negativity, and defining her British-Asian sound.

gal-dem: How did you get started in music?

NAYANA IZ: I always knew I was gonna do it because from young, my dad would tell me that my grandma’s soul was in me. Whenever I would sing he would say “her soul is in you, I can feel it.” And it was mad timing, after I left school, that’s when I met my collective, NiNE8. That was the first proper support I got, aside from my parents and my music teacher. I wouldn’t be where I am without them. Through my music, it feels like I’m finally speaking. And speaking with truth, not just saying the things I thought people would want to hear.

I feel you. In terms of your music, you have a new tape coming out right? What can you tell us about it?

Yeah! It’s an EP called smoke + fly. And it’s not just about smoking and being high [laughs]. I just basically took all the things that made me feel small and I made myself powerful through the music. And even with the title, smoke is the problems and battles I’ve had, but I always fly in the end. It’s about me finally coming into the world with my grandma’s soul. Cause she was a warrior, she did sword dancing, and was the best female Thang Ta dancer in northeast India. This is for her legacy, so I can’t say I’m gonna come with warrior energy if I’m gonna back down at the slightest comment.

I like that. Because also as a South Asian woman in this space, we do have to be ballsy, cause people and the industry will try their very best to drag you down.

Yeah I’m over-emotional as well, so that shit gets to me. Cause with ‘how we do’, it was okay and was the first time I’d made a song like that, and I’m not gonna lie I wanted to get the bag [laughs]. I got a couple of comments on that, and it made me doubt myself.

On that campaign though, seeing you in that red sari and trainers, as a British Asian, it was pretty mad. The representation was real!

Yeah, that’s what I wanted to do! But at the same time, with that campaign, it wasn’t done properly. I wanted it to be all South Asian girls, but they got all their business shit in there. That day was pretty stressful in the end cos they just wanted to get it done and shoot the shoes and it just wasn’t what I had planned. It was meant to be much more beautiful than that. I am happy that it came out though, because there were a lot of South Asian girls who were messaging me, and that wiped all the negativity away.

I find it mad that there’s not more South Asian creative people, in these industries and spaces. Because our culture is so rich with music, dance, and art – it’s insane.

Yeah! It’s one of the most beautiful. I want girls from our culture to be proud of that, and listen to it and feel like, ‘that isn’t something that I should be hiding, it’s something I should be showing to the whole world.’

How do you feel knowing you’re repping for us?

This is why I do it! I felt like I was looking up and didn’t really see anyone apart from in Bollywood films who I could relate to. So I looked more to the London scene where I was living, and relating more to rap and hip hop. I want to learn and sing in Hindi more, and while I rate the girls singing in English, doing their own thing, personally, I want to bring that taste of India and beauty to my music.

I know what you mean, there’s a lot of talent coming through, but a lot make pure bhangra or English music. But there’s not quite a fusion British-Asian sound.

I want to be that person to do that! I just want to fuse my own version of what I see and how I feel. I don’t want to mix it in a way that’s cheesy though, I want it to be pure.

Exactly. On that note too, what do you want people to take from your music?

I feel like it’s open to what people want to take from it. The main goal of music for me is to get people to feel. And to not be numb. I feel like a lot of the time we’re told being numb is the right thing to do, to not say our feelings and be closed off.

I get you, and that’s especially important now, to sit with and work through our emotions. What’s bringing you joy, and how are you practicing self-care in this time?

I’ve been crying loads! I’ve been letting my over-emotional side out cause I don’t have to hide that now being at home. Been spending time with my mum, cooking with her, playing Animal Crossing with my dad, just spending time with them. I’ve been doing a lot of meditation and yoga with Baba Ramdev on YouTube too.

NAYANA IZ’s debut solo EP smoke + fly is out 16 June. Her singles ‘Walking’ and ‘Final Hour’ are released today on all streaming platforms.

Five On It: ‘Stay Where You Are’ with Yuna