Keyboard Warrior: why does the British press tread on eggshells when reporting racism?

Aleesha Khaliq condemns a Tory MP who was pictured celebrating Brexit with two white nationalists and the media organisations who decided to call them ‘activists’. 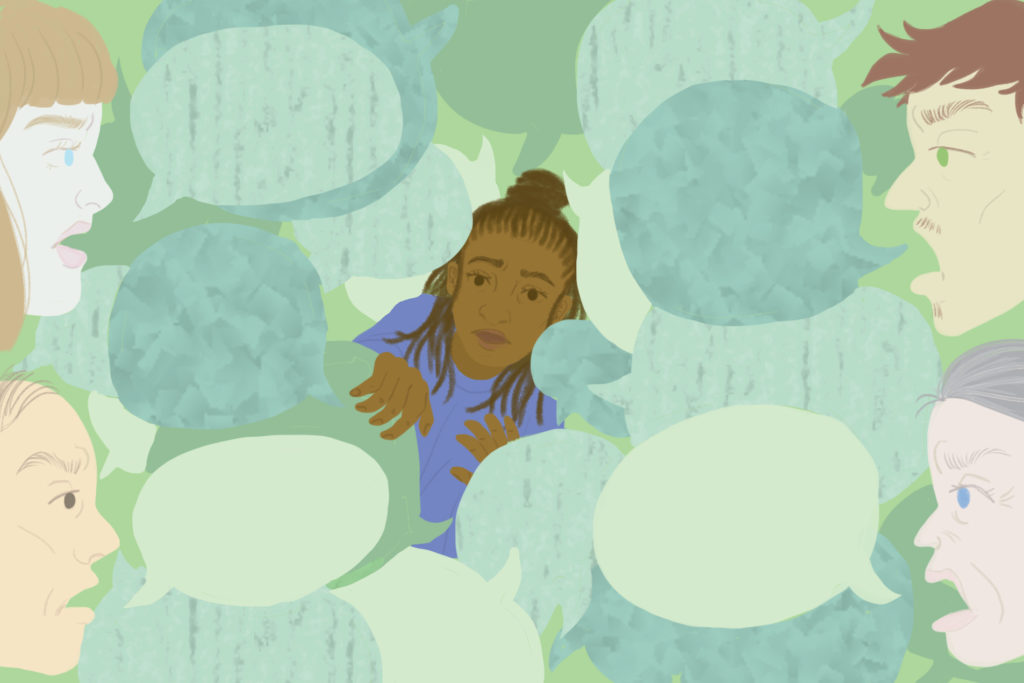 Shock news from earlier this month: a Tory MP was pictured with two people known to be racist white nationalists. Sadly, this is no longer unusual – just this Monday, special advisor Andrew Sabisky “resigned” after it emerged he was a full-on eugenicist who believes black people are less intelligent than white ones.

But what caught my eye about the press reporting of MP Dehenna Davison’s affiliations, was the way the media described them. One of the men is Andrew Foster, who’s been noted to be a “Muslim-hating extremist of the worst kind”. The other was Colin Raine, banned from the Tory party after accusations of leaving Islamaphobic comments online. Yet from the Huffington Post to the Guardian, the media framed these men as “far-right activists”. Yes: activists.

Merriam Webster’s official definition of an activist is someone: “who uses or supports strong actions (such as public protests)”. And while this could journalistically fit those who spread hate of the most extreme kind, we know that referring to them as “activists” is wholly inaccurate. Words have associated meaning through historical usage. Since the 1960s at least, the term “activist” has been associated with advocates for positive change. Those who fight for a better future for the oppressed, not for the far-right, who only wish to suppress the human rights of large groups of people.

To be an activist is to be a Rosa Parks, a Sophia Duleep Singh, a Tarana Burke, or a Malala Yousafzai. Activism is a badge of honour and a force for progressive politics. So why is it that our mainstream media refer to people who praise Hitler and write slurs like “f*ck Pakis” with the same word they use to describe the likes of Angela Davis or Sophia Duleep Singh?

It’s a terrible trend that needs to be eradicated from our publication style guides all over the UK. Fascists such as Tommy Robinson, Katie Hopkins, and other far-right figures in Britain need to be called out for what they are. Referring to these people as “activists” only legitimises their hateful views, provides them a bigger platform and amplifies their extremism. Publishing their words or reporting on their actions without condemning them or, worse, subconsciously equating their hate crusades to genuine work for change, is just doing their PR for free. When will the media understand this?

It’s part of a wider issue the media seems to have regarding the concept of “balance” or “debate” – which they interpret to mean “airing a binary opposing position on an issue”. But condemning racism isn’t an issue of media bias, it’s an issue of basic moral decency. There does not need to be balance or debate when it comes to the basic human rights of minorities.

Similarly, this week, BBC One’s The Big Question debated: “Will defining Islamophobia undermine free speech?” Not only is this a kick in the teeth for the Muslim journalists who work for them, it’s providing a clear platform to downplay and legitimise Islamophobia. For Muslims, like myself, who are routinely inundated with Islamophobic abuse, having our public service broadcaster debate the excuse that the far-right always use when abusing me – such as “my fear against Islam is perfectly rational” – is deeply worrying and infuriating.

Time and time again, I find myself wondering: Why is it just so hard for the British media to get it right on racism and “balance”? Why must my – and other minorities – right to exist without being horrifically abused be a subject that’s up for debate? Why is this considered “click-worthy” entertainment?

I’m not naive to the deliberate role the media plays (and historically played) in perpetuating racism and platforming racists/far-right commentators for clicks and traffic. But there are journalists out there who aspire to start discussions for the right reasons and still fail.

Institutions like the BBC overbalance issues of racism and Islamophobia. In one BBC radio interview, following Boris Johnson’s comments on Muslim women, I was asked, “Do you think teachers should be allowed to wear the burka?” It was a ridiculous question: a) it doesn’t happen and b) the issue wasn’t whether teachers wore burkas – it was Boris Johnson’s racist remarks. They don’t platform pro-murder voices after reporting murders, so why do exactly that with racism?

I’m reminded of the BBC’s former director saying that the BBC is not impartial on racism after directly involving himself in the case of Naga Mucnchetty. He was right, but it’s clear that our press has learned nothing, especially when the BBC continues to legitimise far-right rhetoric.

How can we stop this? It’s like Munchetty said in her Vogue interview: “Find me a large organisation and find me an employee from a minority group who feels they are able to bring their true self to work today. I don’t think you’ll be able to”.

Naga’s case should be the textbook case study for senior journalists who wish to diversify the media and change these skewed ideas of what “balance” is. Newsrooms rely on different perspectives, different experiences, and most importantly, diversity. Without this, a newsroom cannot flourish and awfully framed stories end up getting published. Minorities should feel comfortable enough to give their views on racism without feeling their voices drowned out by racists invited on to give a “counter-argument”.

In 2016, it was found that 94% of UK journalists are white. We need to see minorities from all backgrounds and intersections (BAME, LGBTQ+, disabled) in editorial positions. We need to see minorities at the very top of journalism, and as producers, fact-checkers, and more, if we’re to ever get real on racism and do away with the “balance” that’s so degrading to the conversation.

This is part of the Keyboard Warriors politics column, written by @a_leesha1