Losing your religion as a second gen immigrant: ‘I had to unlearn the homophobic things I believed’ 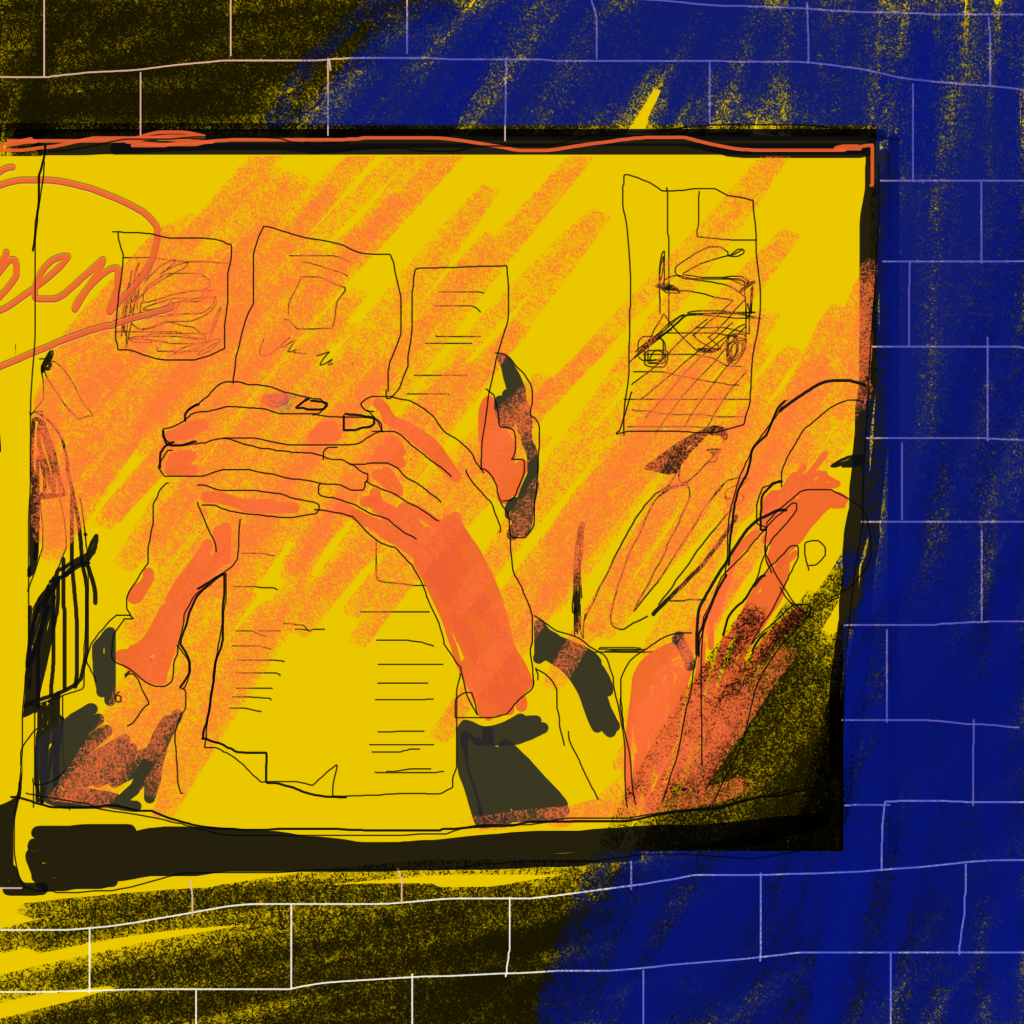 Growing up “second-gen” comes with a sense of dual-identity, for example, exposure to another language. If your parents come from a country or culture where religion shapes everything from national politics to dietary practices, a strict code of upbringing can often be expected too. But what happens when you decide to deviate from that code?

While some families and communities might be more tolerant, rejecting the religion you were raised in can lead to alienation and ostracism. In such cases, fear of the consequences might mean keeping your sexual orientation, serious partner or outright atheism under wraps.

When you’re raised in a devout family, religious practices often dominate your earliest memories: weekends spent at the church or temple; recitations of verses from the Bible or Qur’an; routine prayers before meals and bedtime. Raised in Scotland by conservative Sikh parents, Kirat, 28, remembers spending much of her time as a child among fellow believers, attending language classes at the gurdwara on Sundays before eventually going on weekdays too. “It’s very community driven and that was a part of life for me growing up,” she says. “We’d be at the gurdwara all the time, helping out in the kitchen there … it was just part of our routine.”

Likewise, Funmi, 19, grew up in a Nigerian Pentecostal Christian family and also recalls a childhood spent in church, waking up early on Sunday mornings to attend a service that could often last up to four hours. However, even from a young age, she couldn’t shake the feeling of having something to hide. “I just remember the [Sunday school] teachers asking questions and praying I wasn’t picked because I knew nothing,” she says. “That anxiety of not knowing the answers, generally being bored out of my mind… fuelled the growing resentment I had towards going to church.”

“That anxiety of not knowing the answers, generally being bored out of my mind fuelled the growing resentment I had towards going to church”

Ayesha, 23, who was raised by a “super-religious” Muslim mother of Somali origin, started attending classes at the mosque from around year three, and although she initially enjoyed seeing friends and family there, soon it started to feel like an obligation. At home, she also grew tired of being forced to pray constantly and would often “pretend” instead. “I’d just say ‘Oh I’m gonna go pray’ and then I’d go into a different room and just sit there for ten minutes,” she says. “I got caught one time… I was just kind of going through the motions, not properly doing it and my sister saw me and told my mum… I got beaten and then that’s when she started watching me.”

For those who have little say in their religious upbringing as a child, the young adult years tend to be pivotal. A greater degree of independence – and indeed self-awareness – can often lead religious teens to reconsider many of the beliefs they were brought up in and grow frustrated at the constraints placed on them.

While at secondary school, Ayesha remembers having a particularly tense relationship with her mother. Although she says she has never drunk alcohol or eaten non-halal meat, during her teenage years’ rebellion consisted of occasional trips to the cinema and hanging out with boys – both of which were frowned upon by the strict version of Islam she was brought up in. As a result, she’d avoid conversations with her mum about what she’d been up to. “I never really talked about anything at home … I’d never tell her what I did at school, about the people I was friends with… If I came home late, I’d never tell her where I’d been,” she says, although she also explains that such secrecy often led her mother to believe the worst.

“People say, ‘Just pray about it and don’t get anxious’ and I think ‘Well no, because I did that and it didn’t work’”

Meanwhile, although she admits she’s not sure she’s ever truly believed in God, more recent struggles with anxiety and depression also made her call her faith into question. “I feel like if I did believe in God and put my all faith in Him, then maybe I would be happier but then I’m also aware that this is a mental health issue – it’s not just something that can be cured by religion… People say, ‘Just pray about it and don’t get anxious’ and I think ‘Well no, because I did that and it didn’t work.’”

Similarly, Kirat’s doubts also set in around secondary school, although she explains that it was the community aspect in particular that started to find “stifling”. She specifically recalls being scolded for mispronouncing words while reciting prayers and hymns in Punjabi. “There were lots of meaningless recitations … and I had no idea what any of them meant,” she says. “It was kind of like, ‘Well, why am I doing this?’” What’s more, as part of an especially conservative community, becoming a teenager also meant having to abide by rules about what she could and couldn’t wear. “I didn’t like that I couldn’t wear what I wanted because other people said ‘Oh, you’re too sexualised’ I think very early on I could see the problem with that.” By her mid-teens, she’d started sneaking out to go to friends’ houses – “very tame stuff”, she admits, that would eventually start a habit of keeping secrets from her family.

However, for Vanessa, 21, who grew up in a majority-Catholic Filipino community, attending faith schools and going to mass every weekend, it wasn’t until sixth form that she started to question her faith. She describes the sudden death of one of her classmates as a turning point for her and many of her peers. “We just couldn’t really handle the generic answers of the church and it kind of being overly simplified to ‘Things can’t be explained’, ‘Things happen for a reason’,” she says. Pretty soon after, she stopped serving at the altar – something she’d been doing from the age of 13 – and gave up attending church altogether.

Her late teens also ushered in a period of rebellion, as she started sneaking out to nightclubs and taking drugs. A particularly bad experience comes to mind. “I’d just taken a bomb of MD and it was only my second time taking it and I remember feeling as if I was going to die. The first thing to come to your mind is, ‘Oh my god, my mum’s going to kill me.’” It’s a typical teenage rite-of-passage, but Vanessa also believes her particularly strict Catholic upbringing, where there was little room for discussion or transgressions of any kind, meant she had no reference points – and no one to turn to for advice. “My parents never had a sex talk with me, [they] never talked to me about alcohol or drugs … I feel like as if a lot of my peers had kind of some experience with drug problems just because there’s zero guidance. Everything was kept so secret.”

“I knew I was gay early on in my life, but I’m not going to lie, I found it very difficult to come to terms with it”

However, it wasn’t just the lack of answers and strict rules that led Vanessa to distance herself from Catholicism, but also realising she was gay. It’s a difficulty that many LGBTQ+ teenagers in religious communities face daily; grappling with your sexuality in adolescence is tricky enough, much more so when those around you might deem it ‘sinful’. “I knew I was gay early on in my life, but I’m not going to lie, I found it very difficult to come to terms with it,” Vanessa explains, adding that it was common for gay teenagers to be bullied at her school. Now a university student, she’s secure in her sexuality but is yet to come out to her parents. “I wouldn’t say [they] are outwardly homophobic, but they definitely did not create an environment that would allow me to be comfortable to admit it to myself.” Likewise, at church, she was never told that such feelings were wrong, but “just knew it was very incongruous with Catholic teachings.”

For Funmi, however, Christian views on sexuality were made much more explicit. While the pastors at her church would preach that gay marriage was a sign of the end times, things became more personal when her mum found out she’d been kissing other girls in primary school. “I was literally chased around the house and beaten,” she recalls. “I was told how wrong it was to do those things with girls. From that day on, I suppressed whatever attraction I thought I felt towards other girls.” Although she later developed crushes on boys and thought she was “normal”, by her mid-teens, she rediscovered her attraction to women and found herself going back and forth about her sexuality. She now identifies as bisexual. “I had to unlearn a lot of the homophobic things I believed,” she says. “It’s only recently that I’ve comfortably come out to myself.”

However, while Vanessa feels she will eventually tell her parents, and has already come out to a few family members, sadly for Funmi, there’s no question of such. “I don’t think I could ever tell my family and don’t plan to… [It] would probably have me beaten, and then disowned.” Nowadays, she sees herself as agnostic but finds it easier to lead a double life. “As far as [my mum] knows, at university, I go to church every Sunday, when in reality, I went once and never returned.”

“My parents have got an edited version of everything”

Meanwhile, it’s taken Kirat until her late 20s to be able to share more of her life with her family; she recently told her parents that she’s not really religious any more – and that she’s in a serious relationship with a non-Sikh man. Their reaction was far from positive. “They weren’t happy about it – one of their reasons being that … they didn’t understand how I’d be able to raise a family.” Even then, she’s still had to hold back details – for example, that this isn’t her first romantic encounter with a man. “They’ve got an edited version of everything,” she admits.

For Ayesha, however, growing older has improved her relationship with her mother, with whom she now feels she can be more open about her life. “We do talk a lot more, which she likes,” she says. Still, even though her family are aware that she doesn’t go to the mosque anymore, she’s not quite ready to vocalise her lack of belief. “I know that if were to turn around and say ‘I’m not Muslim anymore’, it wouldn’t go down very well.” She describes herself today as “culturally a Muslim”, abiding by all the rules regarding diet and alcohol and happy to continue wearing her headscarf.

It’s not uncommon to still engage with aspects of a religion you’ve grown apart from. Kirat still wears the Kara and keeps her hair long, for example, while Funmi admits that she regularly finds herself praying and singing along to gospel songs. And although Vanessa describes herself today as an atheist and hasn’t been a regular churchgoer in years, she’s happy to compromise on certain occasions.

“I went to church for Mother’s Day because I knew it would make my mum happy,” she says.

It’s a reminder of how leaving it all behind is often far easier said than done.

Names have been changed.

From gal-dem’s third print issue on the topic of home.