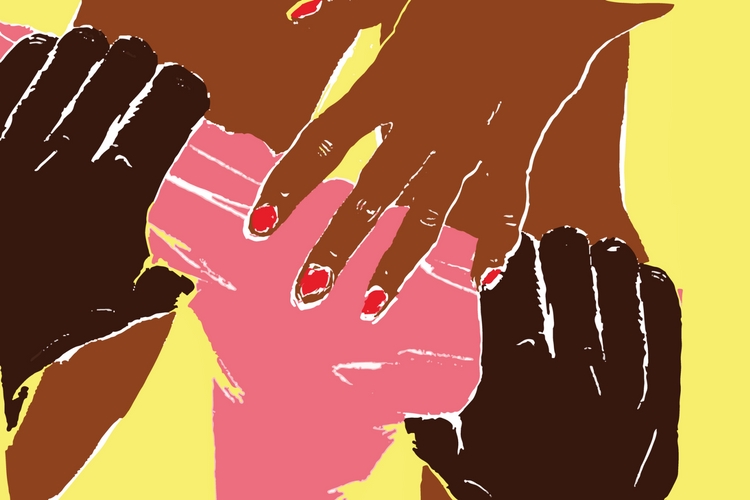 Rape is about power. Rape is both a tool and a consequence of patriarchy. There is no arena in which we can fuck safely, free from the threat of rape. Sex under this war is battle. No matter how many times we categorise ourselves as either perpetrator or survivor, or reassure ourselves that we are neither distinctly one nor the other, no space is safe from the threat of rape. In this war, anyone can be harmed and harm at any time.

Our current model for dealing with rape fails to interrogate the realities of the infliction and bearing of harm, the ways in which these are political and gendered, and ever-changing. Terms like “perpetrator” reduce people like Ansari to their worst and most violent moments. Terms like “survivor” (one I have previously used to describe myself) are worse; they keep us trapped in a moment of extreme emotional duress, and encourage us to cling to that moment as some form of identity. “Survivorhood” reminds you to be grateful; you could have died, but you didn’t. It’s a reminder of weakness, and of passivity. And in the case of Grace, the woman who bravely shared her story about going on a date with Aziz Ansari, the term “survivor” is selectively applied.

“There is no arena in which we can fuck safely, free from the threat of rape”

I find the fact that rich, mostly white women with membership to the world’s most exclusive recesses attempted to define a “familiar” sexual assault encounter quite incredible. (Flanagan also totally undermines her own previous work on sexual accountability and justice – did anyone clock her piece on Bill Clinton just a few months ago?)

Flanagan and others fail to realise that Grace’s story is one that resonates with all of us; Aziz Ansari is the nice guy who didn’t get his way, so took it; the hungry teenager who doesn’t hear “no” or only hears it as a humiliating and deprecating sexual rejection. He’s the guy who no one would suspect, which makes us the women who no one would believe. True, all forms of abuse are not the same. But to be told that your story is not about abuse at all is to lose your will and autonomy all over again.

Weinstein and Ansari are not the same. But that’s not the point. The context in which both of these men violated consent, and enjoyed the rewards of the patriarchy that drives their sexual behaviour, and a world that would tolerate it share a commonality. This is the real concern: we have no comfort that they won’t repeat these actions or some permutation of them. Worse than that, we have no comfort that as a society, we can overturn the dangerous dynamics of abuse, gender and power that created the possibility and reality of the sexual violence that they inflicted. And that’s the conversation we should be interested in.

“Aziz Ansari is the nice guy who didn’t get his way, so took it; the hungry teenager who doesn’t hear ‘no’”

#MeToo is divided. The same feminists who lost their shit over it initially now can’t decide whether they believe in it or not; the Deneuve letter in Le Monde (and her subsequent back-pedal) is only one example of exactly that. Those of us who remain are divided internally. Aziz Ansari’s recent statement in response to a now-infamous babe.net article made it clear that he is comfortable with the dissonance between their own infliction of sexual violence and his superficial commitment to ending that same violence. I can’t stand in the struggle with those who are now selectively applying victimhood to the same survivors they claimed to wish to empower, nor those who refuse to see their own implication in the toxicity they committed to destroying.

The truth is, #MeToo never dealt with a political commitment to a radical deconstruction of rape culture. The Deneuve letter lamented that men that “steal a kiss” or “hit on women” were now pariahs of some sort. The subtext: semantics matter here. The connection between the terms we use to describe male predatory behaviour and their subtextual connection to ideas about theft and property are not accidental; when we are debating which forms of sexual behaviour are rape-or-not, we are actually discussing what is “up for the taking”. If anyone feels that #MeToo is evidence the rape conversation has gone too far, it’s because they haven’t fully subscribed to the idea that nothing is up for the “taking”, that everything has to be wilfully given.

“The truth is, #MeToo never dealt in political commitment to a radical deconstruction of  rape culture”

A more useful (at least, for those of us who have a stake in dealing with a global rape endemic) criticism of #MeToo is that it is still dealing with the politics of giving and taking, rather than the politics of why things are being taken, and why some are unable to give freely, without coercion or implicit self-loathing. We can do almost nothing systemically impactful about rape until we get over the idea that bodies are to be owned; the impulses of propriety and ownership that dominate a collective sexual psyche make it impossible for “consent” to equal autonomy. Someone always feels entitled. If the Aziz Ansari case proves anything, it’s not that #MeToo has gone too far; but that it never set out to go far enough.