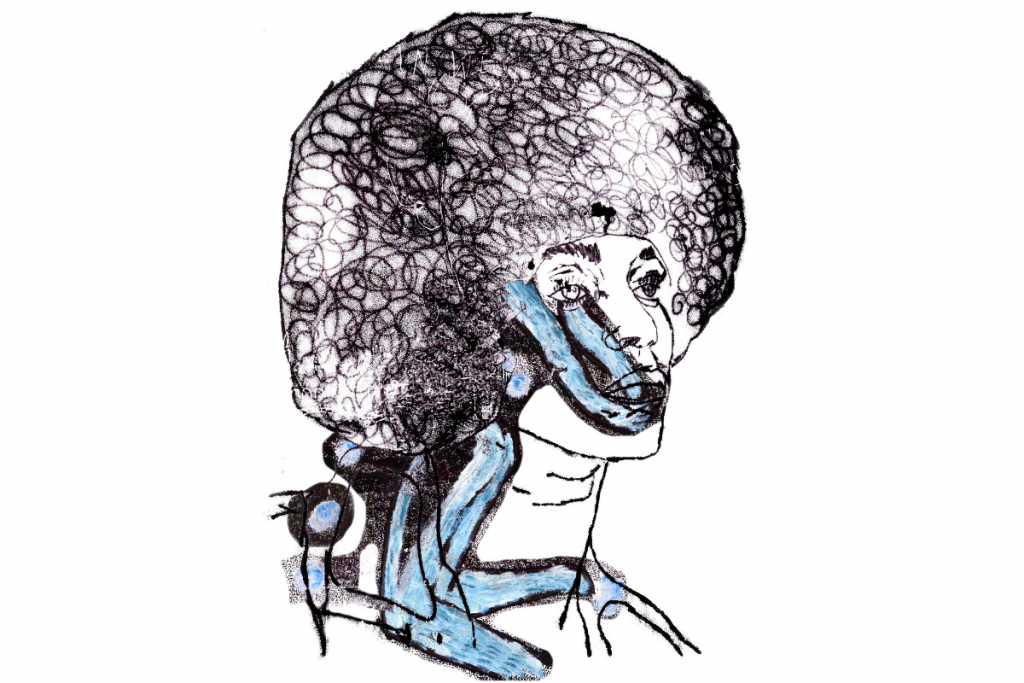 In December 2017, the FBI stormed Rakem Balogun’s home in Dallas, Texas where he was staying with his 15-year-old son. They were both suddenly startled awake in the middle of the night and forced to vacate their home in their underwear. Moments later, Rakem was handcuffed in the freezing cold. Multiple officers in tactical gear stormed his home, federal vehicles lined the street and demands were shouted with so much aggression they were incomprehensible. No time was given for them to process the situation and what was happening. In similar moments, innocent black people have been killed. Scare tactics, humiliation and the police unfairly gaining access to black people’s homes is nothing new but this set a very dark precedent.

“This was tyranny at its finest,” Rakem explains over the phone. He is the first known man to be labelled a Black Identity Extremist by the FBI.

Foreign Policy magazine had obtained a document a few months earlier from the FBI entitled “Black Identity Extremists Likely Motivated to Target Law Enforcement Officers”. The definition of the classification was crucially vague. “The FBI assesses it is very likely Black Identity Extremist (BIE) perceptions of police brutality against African Americans spurred an increase in premeditated, retaliatory lethal violence against law enforcement and will very likely serve as justification for such violence,” it read.

The organisation proposed that there was a “very likely increase” after the shooting of Michael Brown in Ferguson, Missouri. “And, the subsequent Grand Jury November 2014 declination to indict the police officers involved.” When Foreign Policy asked a former official at Homeland Security to review the report they stated: “This is a new umbrella designation that has no basis. There are civil rights and privacy issues all over this”.

Rakem criticised the FBI’s mysterious BIE classification in a YouTube video a few days after the news surfaced: “They are finding ways to criminalise and demonise you. And they are finding ways to, most importantly, neutralise you.” Warning of what may happen next, he added that “the future is going to be definitely interesting, seeing how this is going to play out”. Three months after this video Rakem was arrested.

“I have not been doing anything illegal for them to have surveillance on me. I have not hurt anyone or threatened anyone,” he explained to the Guardian last May. In the 2017 court proceedings surrounding Rakem’s case, the FBI revealed, to his surprise, that they had been monitoring him for two years after he attended a protest for black gun rights which attracted a white nationalist counter-protest.

Both sides had stood publicly holding firearms, arguing that they needed them for protection. But, once alt-right sites started naming him as a troublemaker, it was his Facebook that the FBI locked in on. His posts were angry, but he did not threaten or incite any violence. He posted criticism of the police brutality on his personal page following the deaths of Philando Castile and Alton Sterling and made many references to being pro-black, pro-guns. While most UK liberals are anti-guns, laws around ownership should be enforced equally regardless of race and class. And, until we’re able to squash open displays of racist militias, as we saw in Charlottesville and at the US-Mexico border, it’s difficult to argue that black people who are pro-guns shouldn’t have the right to voice their opinions or congregate with as much freedom as white NRA enthusiasts.

“His crime was vocally fighting white supremacy. His punishment was losing his job, his home and missing the vital first months of his newborn daughter’s life”

His crime was vocally fighting white supremacy. His punishment was losing his job, his home and missing the vital first months of his newborn daughter’s life. “The term terrorist was used and my bond (bail) was denied due to my Facebook page,” he says. They also collated rumours from a far-right conspiracy group which were found to have no basis.  “They’re using a conspiracy theorist video as a reason to justify their tyranny? That is a big insult,” he says.

The brute caricature of the black man as a savage beast has erased much of Rakem’s community work before his arrests. He held picnics for young people, initiated programmes to feed the homeless and led self-defence classes. The decision to remove local black leaders has always been conscious and deliberate. Especially since he was using the knowledge gained through his law studies to contest racist local policy and inspire others to do the same.

“If you don’t have no family, there is no community,” he says of his community aims. “Without it, you just have a bunch of individual people. We focus on getting children and adults involved because we all can contribute a little or a lot. We try and facilitate the strengthening of the community.” Despite spending six months in prison and remaining under FBI surveillance (“I’m still under the terrorist watch list today which makes it really uncomfortable to fly because of the TSA”), Rakem is still determined.

“As long as my community needs me to serve them. I’ll be there,” he says. When asked whether he fears what the FBI might do next, he’s similarly resolute: “I refuse to allow fear or violence to intervene with our plight to determine our own destiny.”

The FBI has a long history of targeting black activists. Over Facebook, Rakem hands over a handful of names and organisations to research – those who have dealt with persecution for decades. The controversial COINTELPRO programme raged war on community organisers as far back as the 1950s. J. Edgar Hoover, the director of the FBI at the time, declared the Black Panther Party as “the greatest threat to the internal security of the country.” Huey P Newton, Eldridge Cleaver, Elaine Brown, Fred Hampton and Bobby Seale all supported “open carry”, and utilised their right to do so. Rightly or wrongly, they educated fellow black folks on gun safety and proudly displayed their guns, just as Rakem has done.

“Throughout America’s history, pro-black activism has unfairly been said to mirror white nationalism, but the latter often leads to domestic terrorism”

Infamously, the FBI monitoring the Black Panther Party led to high-profile assassinations of its most outspoken chapter leaders and dubbed them “justifiable homicides”. Fred Hampton had been running the Black Panther Breakfast for Children programme that the FBI wanted to destroy when he was killed. In many ways, his aims matched Rakem’s. A settlement was eventually paid out but no one was ever sent to jail for the premeditated assassination of black activists and US citizens.

Then there was the abhorrent an attempt to coerce Martin Luther King Jr into committing suicide, via a letter the FBI sent with a recording of his extramarital affairs. And, we are still seeing black activist groups in the present day – the most notable being Black Lives Matter – enduring harassment, arrests, and even a police-led countermovement “Blue Lives Matter”. A police officer tried to sue Black Lives Matter for injuries sustained in a Baton Rouge protest over the killing of unarmed black men in 2016. After Ferguson, there were a number of protestors who died in suspiciously similar circumstances: Edward Crawford, Darren Seals, and DeAndre Joshua were all found shot dead in their cars.

Throughout America’s history, pro-black activism has unfairly been said to mirror white nationalism, but the latter often leads to domestic terrorism. It enabled Dylann Roof to confidently walk into Emanuel African Methodist Episcopal Church in Charleston and shoot dead nine innocent black people, over 50 to be killed at Route 91 Harvest Festival by Stephen Paddock last year and horrors like the Charlottesville protest. Yet, little has been done to target this growing threat of extremism linked to white identity and the leaders of these movements are only growing louder. “Violence is the method of our oppressor, our method is hard work, love and unity,” Rakem adds.

While black activism is being commodified through Colin Kaepernick-fronted Nike campaigns, the national anthem’s “land of the free and the home of the brave” sentiment is denied to black Americans like Rakem. True black empowerment still remains a threatening concept to a society built on white supremacy.

Taken from gal-dem’s third print edition, on the theme of secrets