Nadia Nair shares ‘Sway’, talks heritage, happiness and how the industry struggles to place her 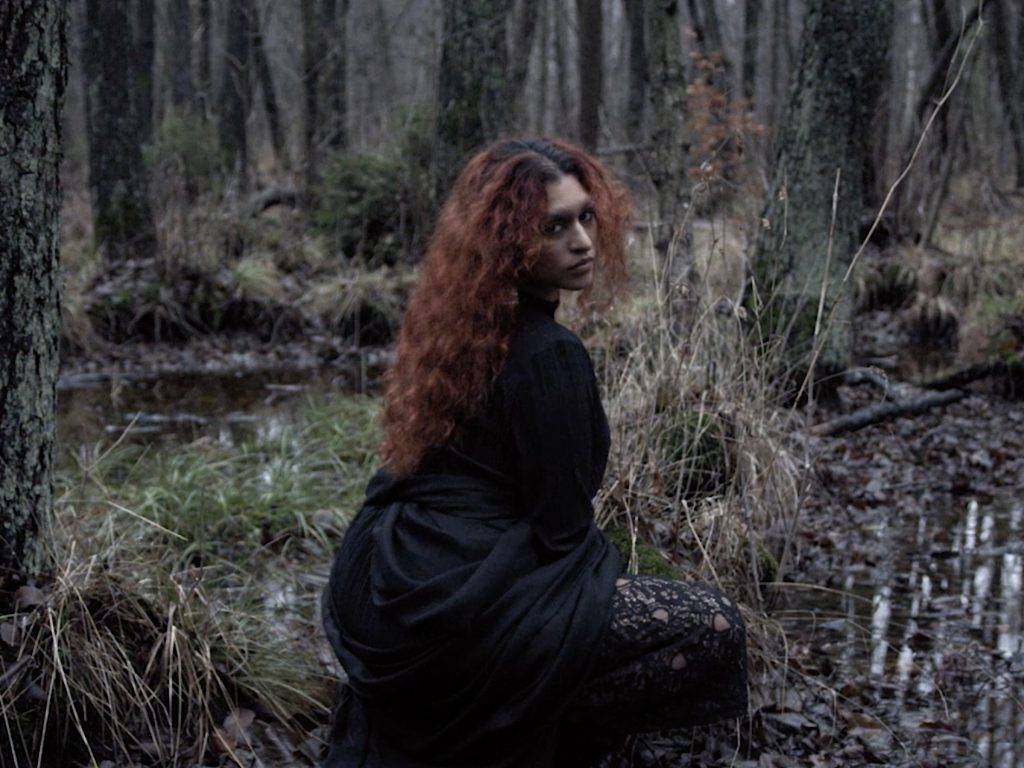 Nadia Nair is the Swedish artist with Malaysian-Indian roots who’s got a powerful voice, softly poignant lyrics and raw, cinematic pop instrumentals (these sometimes get a little more left-field and electro). We’ve rated Nadia for a while, so we’re delighted to host her beautiful new video, ‘Sway’ exclusively on gal-dem. We also caught up, chatting about heritage, being othered through the industry’s white lens, and learning to prioritise her happiness.

gal-dem: How did you get started as an artist?

Nadia Nair: It started early with me, when I learned how to talk. I had a hard time expressing myself but I always saw myself as a very vocal person with a lot to say – so music became this force of ventilation for me. I was getting in and out of bands and deals, but then I started writing for others, which is when I got into the business more – but it was also then that I fell out of love with music. At the same time my chronic illness was spiralling out of control. That’s when I really had to ask, was it the lack of love for my art or the circumstances surrounding it that made me unhappy?

What conclusion did you come to?

I realised it was the circumstances – distractions and pressures. So I’ve had to make a lot of changes to prioritise my happiness – some aren’t always convenient, like moving out of the city, saying no, that sort of thing. But they are ultimately my choices and have an important say in how I want to build my life as a human being too. Suffering has become some sort of stamp for artists – we connect with people by bringing out our innermost selves to them. It does not make it easier getting discouraged along the way.

What does ‘Sway’ mean to you?

A dude inspired me with his betrayal, to write a kind of warning anthem. It was a while ago and a lot happens to a song when time passes. You hold so much power as a woman that often goes unused, sometimes it’s good to remind people of it.

In the video you’re wearing chooris and mehndi – is it important to nod to that part of your heritage?

I’ve done it for as long as I can remember. I don’t feel obliged to, but I feel beautiful in it. I dress down when I’m bored; I turn to the costumes and jewellery in my closet to embrace my beauty. I seem to be an even bigger statement with them on, but I just want it to be a big natural thing in this world. It’s important to me.

I read that your mum studied classical Indian arts? Did that influence your work at all?

I watched my mum make art so fearlessly. Even though she paid respect to traditions and really perfected her craft with her discipline, I always admired how she managed to put her own flare on things, no matter what anyone said. She acted, she danced Bharatanatyam but she also paints and has always written stories and poetry. I struggle with my discipline, but her work ethic and passion really did inspire me to find my own voice. I know often we can get discouraged working with our passions full-time, but sometimes I stop to think and love the other side of it – that we are sprung out of such an ancient culture which always revered the arts as something sacred and which always has held such big space in the daily life of our community.

In Sweden has it been okay coming through the scene as a woman of colour? Here in the UK I know from other artists with South Asian backgrounds that the industry can be quite unwelcoming – is that something you’ve faced?

I feel like the term ‘WoC’ is still a very fresh and feared word over here. The industry gets uncomfortable when there’s no one to compare you to, panic when you don’t fit the stereotypes – and at the same time you’ll hear about this yearning for innovation. I kept hearing there was no one like me until M.I.A (who I love) broke the scene, and that became who I was compared to the most, whether people had heard my music or not. I’ve been told to my face my music is too “white” when it’s rocky, too ”exotic” or ”Bollywood” if I put one sitar on a record, or people just assume I’m doing R&B, labelling me an ”urban” artist. I’d be lying if I said these weren’t some of the reasons that I had to start my own label.

Not only did I have to fight ten times harder than the boys to be recognised as a producer as well, but as a WoC I have also carried the role of ”difficult-to-place” singer – but if you close your eyes and listen to me, I don’t know if you’d find me more odd than the artists breaking around me. I am still explaining my sound through my heritage in western media, grabbing most attention with my Indian roots. It shows how divided mainstream music is and how the label on South Asian artists goes hand in hand with the picture people have of South Asian music – that it only has room and influence in the non-commercial ”world music” world of music. I really don’t have the time to worry about someone’s pre-conceived narrow-minded perceptions of me. I’m not a concept, and I know I’m good at what I do – that’s really all that matters.

Enjoy ‘Sway’ for a bit. Then I have another visual. Maybe two albums, one that I’ll release and one in my head. And to do more of what I love in-between. I’ve travelled most my life and will continue to do so, but this time I also want more time with the people I love.

‘Sway’ is out now. Listen to Nadia Nair on Spotify.