The problem with Kanye West 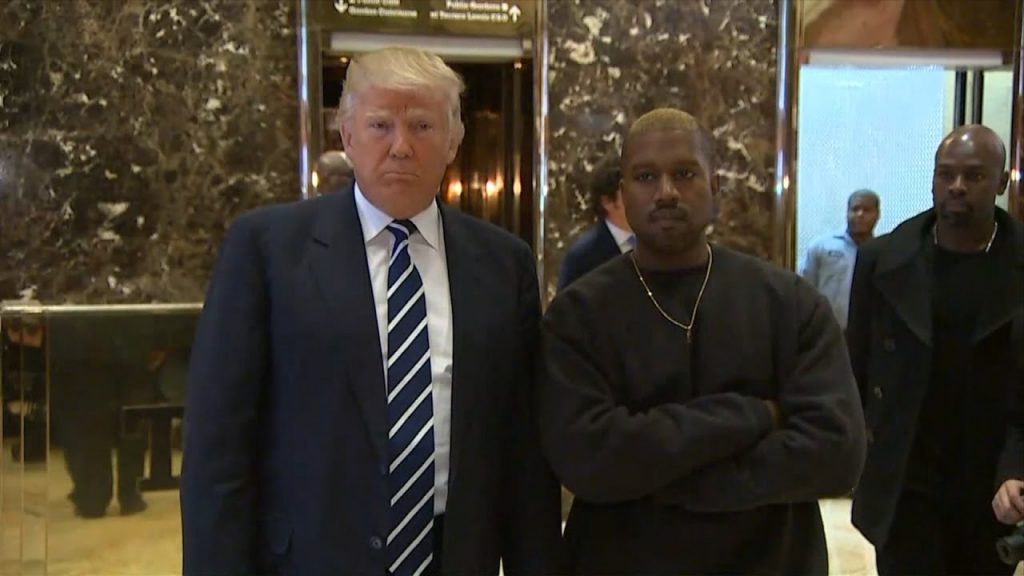 Some say it’s the Kardashians. Some say it’s mental health issues. Some say it’s an inevitable consequence of wealth and success. Whatever the reason is, something is not quite right – no let me re-phrase that – something incredibly terrible and outright dangerous, about what has happened to Kanye West.

I’m writing in the wake of the yesterday’s Trump tweets. If you don’t know what I’m talking about, you probably know that West has endorsed the extreme right-wing leader of the USA for a while now – and last night he took his support to a whole new level by posting his signed Make America Great Again cap and screen-grabbing the president’s excited response. Social media users were quick to claim that Kanye was indeed firmly lost in Get Out’s fictional “sunken place” and West responded laughing at the suggestions by tweeting a picture of inside his mansion – with the caption “do this look like the sunken place?” – perfectly missing the point.

Yes Kanye, it does. The “sunken place” is when you are so brainwashed in the oppressor’s world, you are no longer able to see who you really are; remember where you came from; and crucially unable to understand that the people you are siding with, in fact aim to destroy you and others like you. Jordan Peele, Get Out writer and director responded aptly, tweeting: “*gets inspired, starts writing Get Out 2”, and adding: “because it’s a construct of the mind, everyone’s sunken place looks totally different”.

“The sunken place is when you are so brainwashed in the oppressor’s world, you are no longer able to see who you really are”

*Gets inspired
*Starts writing ‘Get Out 2’ https://t.co/zqOW6Xxx9v

I clicked the “like” heart on this immediately, but as I went to close my browser and get on with my day, it stuck with me. Social media has this way of kind of making light of everything – news, politics, issues, and causes are reduced to soundbites, memes, and stories and tweets – and then we move onto the next thing. I’m not surprised if by tomorrow this will seem less important and interesting, and I don’t think that’s ok. A meme or tweet does not even begin to hold Kanye accountable for the ramification of his actions.

As Kim Kardashian implored her fans to respect her husband’s right to freedom of speech (including a note to say that she did not agree with his political choices) – I could not agree. Publicly endorsing Donald Trump to 30 million followers is more than expressing freedom of speech. It’s causing harm to black people; to immigrants; to women; to poor people and many others who are harmed by his policies.  Whilst my social media circles may generally condemn and question his actions, in another Twitter-sphere that I rarely delve, there are untold amounts of people who are new Trump supporters, people who were generally undecided, a-political and are now engaged, and open to this openly racist rhetoric.

I can not express enough how dangerous this is. Chance the Rapper has voiced his support for Kanye over the last few hours and tweeted: “Black people don’t have to be democrats” (Trump has now shouted him out in a tweet, too) and no, they don’t. It is inevitable for all people, including black people, who have made a success out of their lives and have a considerable wealth, to want to serve their self-interests and support an ideology that reinforces individualism and capitalism. But Trump is worse than most Republicans.

“There are untold amounts of people who are new Trump supporters, people who were generally undecided, a-political and are now engaged, and open to this openly racist rhetoric”

He preceded his presidency having been accused of sexual assault by multiple women self caliming he “grabs (them) by the pussy”; he started his presidency bid by calling Mexican’s “rapists”; he called for (and seems to be well on his way to) a “total and complete shut down of Muslims entering the United States”; he (reportedly) called non European countries “shit-hole countries” in an immigration policy meeting; he made a statement saying that the violence at a white supremacist rally in Charlottesville, was from “both sides” refusing to condemn the far right racist group at all – much to their delight, with his presidency coinciding with an increase applications to the KKK, according to Chris Barker (one of its “imperial wizards”).

So comments have actions, actions hurt people, and so sorry Kim, we cannot dismiss this as simply voicing an opinion.

The problem with Kanye West is that once upon a time not too long ago, this man was an outspoken advocate for the suffering of black people and we loved him for it. Not only was his style of rap groundbreaking, but his first two albums The College Drop Out and Late Registration were filled with skits and songs openly referencing racism and the oppression of black people from lyrics like, “F-the police, thats how I treat ‘em / we buy our way out of jail but we can’t buy freedom” (‘All Falls Down’, 2004), to exclaiming on live television, that “George Bush doesn’t care about black people”. Kanye understood us. Yet now, wealth, surroundings, priorities have meant that his political values have shifted. Shifted so far, that he no longer sees or cares how dangerous the current US administration is for us, his fans; the people dealing with racism, sexism and poverty on a daily basis. The ones who bought your music and helped catapult you to stardom. To stardom, or insanity, or the sunken place. Who knows. But one things for sure, we feel betrayed.

That’s the problem with Kanye West.