Rema is the rising Afrobeats star letting his spirit lead 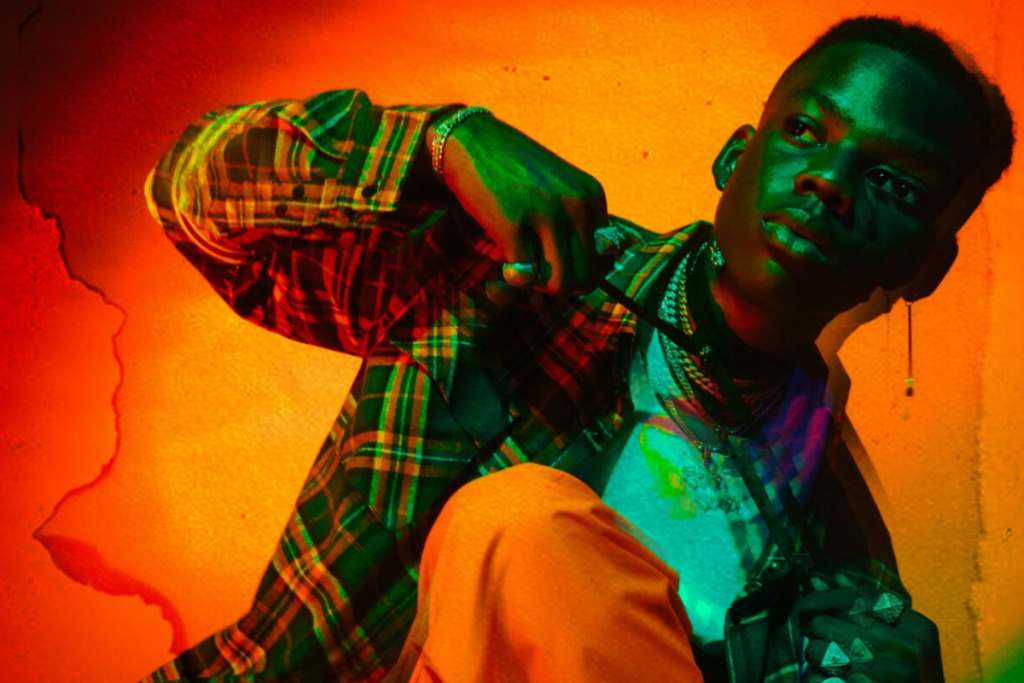 With Afrobeats finally receiving the international success it deserves, Nigerian artists such as Rema are making a name for themselves. At the tender age of 19 years old, Rema (whose real name is Divine Ikubor) is taking the world by storm – so much so that a track from his self-titled debut EP, ‘Iron Man’, made it to Barack Obama’s Summer playlist this year.

Rema’s popularity first began after he posted a freestyle in 2018 over the instrumental from Afrobeats artist D’Prince’s ‘Gucci Gang’. This led to him being flown out to record with D’Prince in the studio. Just a year later, he has received huge international success, with his song ‘Dumebi’ most notably being a crowd favourite.

When I heard ‘Dumebi’ I was immediately taken back by how different the sound was. Though Rema draws most of his musical inspiration from Afrobeats, he isn’t limiting his sound, drawing inspiration from Bollywood, trap and hip-hop to make his music stand out.

I spoke to Rema about his beginnings, hardships, faith and what we can expect from him in the future.

gal-dem: Tell us about your journey into music – was music always something you wanted to pursue?

Rema: I wanted to be a pilot when I was much younger. My home used to be close to the airport in Benin and every time the planes took off I would go to my window and watch. But growing up a lot of things changed – I got inspired by gospel songs and I started rapping in church for fun and in school. After much advice and hope from people who liked what I was doing, I decided to take things seriously when I was 11, rapping in church and creating a band with my friends. I was in about three groups before I went solo. The journey wasn’t easy, but God’s grace was always with me.

You lost your father and your brother by the time you were 15. Do you feel this impacted your music?

When I was eight years old, I lost my dad. After that incident things were very hard for my family. We had no money and my mom went through a lot of hard times, but the church assisted our family the best they could. I never wanted to see mom cry so that pushed me to go harder in finding my gift because I wanted to assist her – the burden was too much for her.

“I turned into a monster in the streets, recording, performing and taking every opportunity out there to bring my family out of the dark”

In 2015, I lost my big brother and it drained me, I was lost. He was my number one fan, he protected me. I was the only man left in the family, so I started having a sense of responsibility at that point. I drew myself much closer to God so he could show me the way. I got motivated because I wanted to change our story, I wanted to change the way people perceived me and my family. I turned into a monster in the streets, recording, performing and taking every opportunity out there to bring my family out of the dark. After many phases of life, it led to my spirituality, my state of mind – it led to my sound.

‘Dumebi’ has had a lot of commercial success, were you shocked by this?

I wasn’t shocked, I have great confidence in my sound and in God’s grace. I only feel joy and relief when I feel that my hard work is being appreciated by the world. I didn’t want ‘Dumebi’ to be on the EP initially because at the point when we were picking songs for my debut EP, my sound had already evolved, and I was seeing music differently. So, I started picking sounds from the higher realm, ignoring ‘Dumebi’ that I had recorded many months ago. Plus, I lost the data and I couldn’t give the lyrics a proper structure, it was just a vibe. Still, my team pushed for it to be on the EP and it was a great decision.

“I felt a lot of people were not on that spiritual level to understand my approach on ‘Iron Man’, but Obama was”

‘Iron Man’ made it on Barack Obama’s summer song list, how did you feel when you found out about this?

‘Iron Man’ is not an ordinary song and it’s not for ordinary men. It’s spiritual. I felt a lot of people were not on that spiritual level to understand my approach on that particular song, but Obama was. I felt fulfilled to see how far that sound travelled, and I like the fact that Obama distinguished his taste with that particular sound from the world of Afrobeats in the presence of many men in the game. I found favour as the only Nigerian artist on that list, barely six months since my first project dropped.

Though you’re evidently proud of being Nigerian, your music is inspired by various genres such as trap, Bollywood and hip-hop, how do you incorporate these styles of music into your music?

I listen to a lot of music from various genres across the world. It’s not a logical or planned process, I just vibe and create. When I hear a beat, I know how to approach it and let my spirit lead… It’s a sound that cannot be boxed.

Your new mixtape, Bad Commando, will be out when this article drops. Can you give us a break down of the songs?

‘Bad Commando’ is the sound of my identity. It’s a raging sound for the force (the new generation) that I represent, after many years of underground work and rejection trying to make it out of the streets. It’s a confident sound, stamping and recognizing my place in the game. It’s part of the special force standing in the front line, sent to raid the world with a new sound.

‘Rewind’ is a sound that touches different areas. It recognizes the state of the Nigerian economy and the remedy to ease our pain – which is music and our beautiful African women. In the interlude of this sound, hope is given to the listener that no matter what we’re facing, there’ll be a better tomorrow.

‘Lady’ is a song for the women all around the world. Adoring their beauty, their physical endowment and its special capabilities.

‘Spaceship Jocelyn’ – ‘Spaceship Jocelyn’ is about the illusive and addictive love for a girl. This illusion inflicts pleasure and pain on us, we try to do without each other but we can’t. We are right for each other, but at the same time worse [with each other]. A love filled with addiction, regret, pain and sin. Still, [it’s about] seeking forgiveness from God for crossing the line and following her evil ways.

What can we expect from Rema in the future?

‘Bad Commando’ is out now on all streaming services, you can listen here.