Thoughts on Selfridges’ Everybody and #BodyTalk campaign 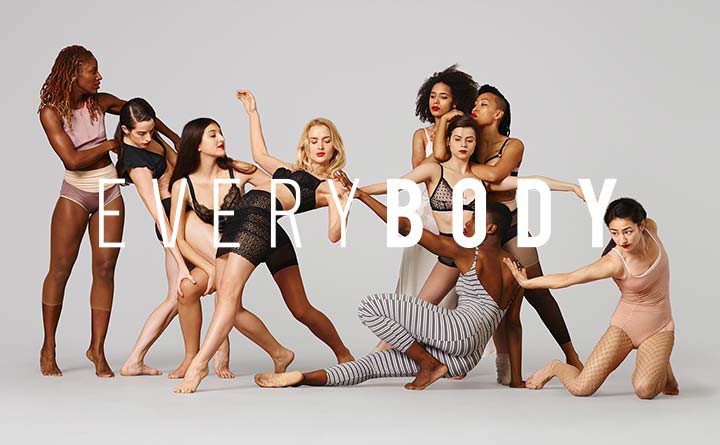 The Everybody campaign is Selfridges most recent venture for their new #BodyTalk studios, that you may or may not have witnessed on buses around London Town. We did and we were interested. Inspired by women’s minds, bodies and strengths, #BodyTalk works to provide women with a studio that is all about wellbeing. From fashion, to fitness, food and motivational conversations, the brand have launched the Everybody campaign to allow the public to understand the message behind their new venture.

Featuring five women with different aesthetics, the Everybody campaign works with women whose jobs range from professional and freelance dancers to  models, an actress and a writer. The campaign brings forward the notion that all women are different yet our bodies, no matter the shape or skin tone, have the ability to achieve a strength we should always feel and be proud of. Accompanying the campaign is a video called Incredible Machines presented by the brands own broadcasting channel, Hot Air. The short video briefly looks into the world of all five women who express how their bodies are a fundamental part of their lives. They also talk about their experiences with their physical appearances, for example  “being a black girl with no bum”, and feeling as though you’re disappointing an ignorant stereotype.  Being a trans woman becoming more honest with their body is also discussed.

All these experiences can make the female journey difficult if you’re feeling as though you need to live to meet other people’s expectations. The campaign explores that, although these women’s bodies are different, going through a number of cultural experiences, in the end they still feel feminine because they’ve allowed themselves to. The boudoir style setting creates an intimate peephole into what feels as though revelations and secrets are finally being expressed; woman to woman.

Keeping fashion in mind, the brand have kept true what they know works best and have incorporated an even more visual display with their store front windows, showcasing mannequins using space and movement to pay homage to the #BodyTalk studio that is now apart of the brand. The mannequins can be seen in sports-luxe attire ranging from Beyonce’s new collection Ivy Park as well as Adidas, J.W. Anderson and Sweaty Betty making appearances. Of course, the clothes featured in the Everybody campaign can also be purchased as well as other sporting accessories, to go hand in hand with the numerous Everybody workout sessions and yoga classes, which are running until June 2016. 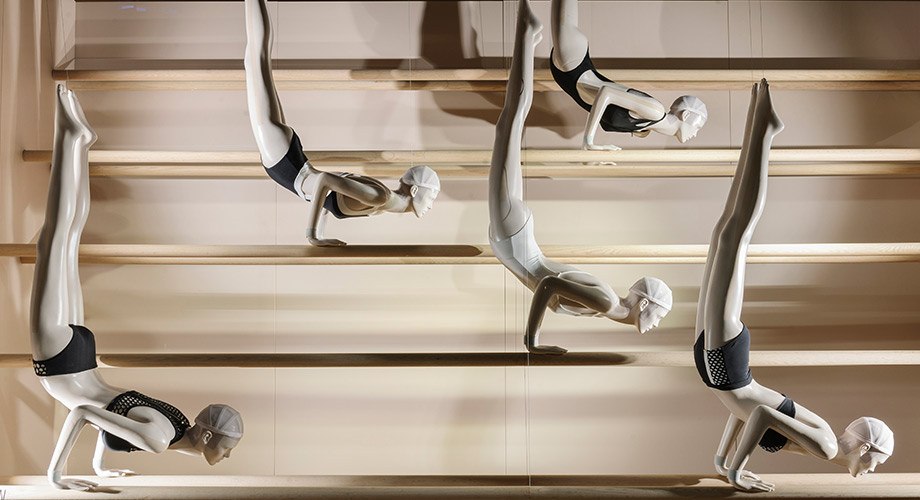 Although the Everybody campaign appears rather promising and adds a personal touch into how we shop as women, the actual #BodyTalk itself doesn’t appear as diverse when it comes to its speakers. Working closely with the Hemsley and Hemsley sisters who have just opened Hemsley + Hemsley Cafe in Selfridges, the #BodyTalk studio and #BodyTalk provide fresh food with new recipes at the ready as well as talks with Suzanne Puckett who runs online site The Antidote.  Tickets for the talk are now sold out at £30 per head. We love the idea of women getting together to converse about health, fitness and anything in-between. However when reading the list of the speakers (which also includes Olympic swimmer Keri Anne Payne and boxer Cathy Brown), its a shame that the diversity from the campaign shoot couldn’t match that within the talks.