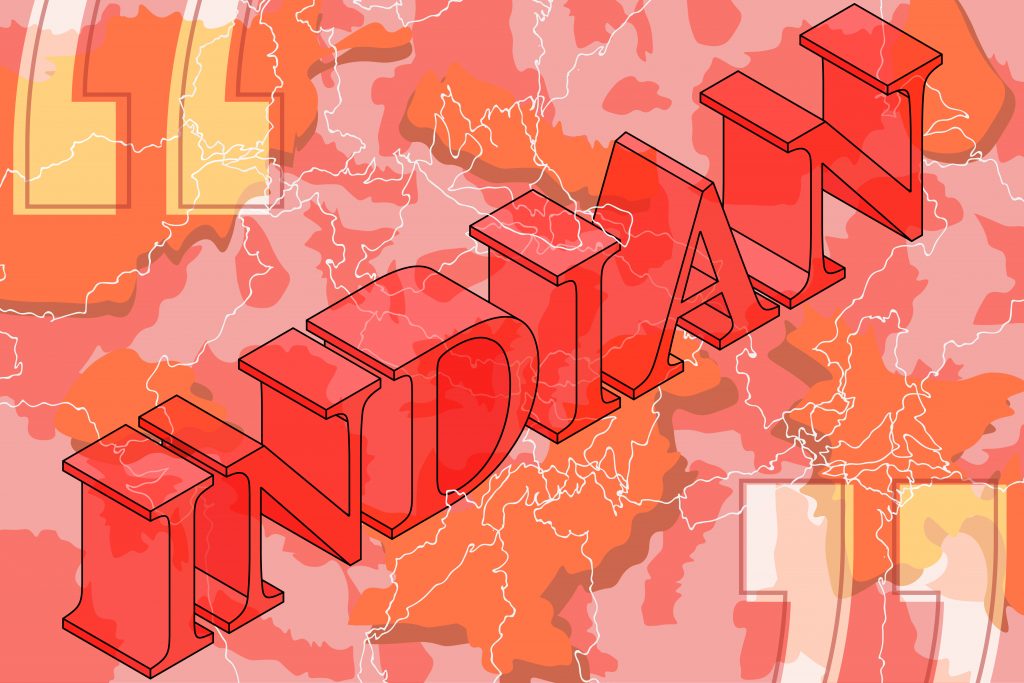 Inside jokes in a foreign language, humming songs from a faraway country – the life of diaspora children. The South Asian diaspora (which is also an imperfect term) ranges far and wide. We are culture intertwined with culture, held together by our parents’ expectations and long distance phone calls back home. In the midst of it all, we’ve made a community.

In grade 12, I wrote a research paper on Bangladeshi immigrants in Canada. Scrolling down the library website while looking for books, I saw the word “Indian” more than I saw anything relevant to what I was researching. Later a cyclone hit South Asia and I watched as the news told me India suffers. They mentioned “Bangladesh” slightly, but I knew entire villages would suffer in this small country.

Erasure like this is strange, scary and dangerous. The stories and lives of my people are lost to the generalisation of “Indian”. In spite of the vastness that are South Asian cultures, we are routinely reduced. Interestingly enough, the specificity doesn’t end there; the use of “Indian” often solely refers to North India. It ignores, for the most part, the rest of the country. It also ignores caste – usually referring to upper-caste people.

In the diaspora we are meant to be a community, standing together in our differences against white supremacy, giving ourselves a safe space to embrace our cultural identities. But within this community there are privileges; those of us who are closer in proximity to whiteness and to recognition by Westerners. It can make this community feel like an illusion, like less of a safe space and more of a shallow tangible way for Westerners to know us. It is submerged into “Indian” and we must follow the cultural cues of North Indians, as this is recognised by Westerners more so than many other South Asian cultures. We must prioritise North Indian cultures; watch Bollywood movies, know Hindi phrases, call your mom’s Bangladeshi beef curry (which you aren’t meant to eat in India, anyway) “Indian food.”

“My experience as a Bangladeshi-Canadian is not the same as a Nepali-American. ‘Indian’ does not encapsulate this wide array of identities and experiences”

Even in this community where we’re meant to find our path against submerging in to complete Westernisation, many of us are coerced into cultures other than our own. South Asian people are comprised of a variety of races, cultures, languages, social and economic classes, religions, histories. You cannot understand us without nuance and multiplicity. We are a world of our own, more than just one country. My experience as a Bangladeshi-Canadian is not the same as a Nepali-American. “Indian” does not encapsulate this wide array of identities and experiences.

India as we know it now is a country whose borders were split during the partition of 1947. Our modern, Western perception of India comes from the end of Britain’s colonial rule – but even with the departure of colonial rule, the definition of India and its borders are inextricably tied to this colonialism. “Indian culture” is not a singular culture, rather it is cultures that exist past India’s current borders, that predate British colonisation, and meld to the societies they are a part of along geographical, religious, and historical lines.

Yet members of the diaspora reiterate ignorant ideas surrounding India being a catch-all for South Asian cultures. They produce commodified art and make jokes on social media decorated with Hindi slang to create inside jokes for the brown kids to laugh at together in an English-speaking country, as though a Maldivian speaker could easily understand. Indian linguistic hegemony seeps into the Western diaspora. As the Indian government imposes Hindi onto people who already have their own languages, we see the Western diaspora clamber to parallel this. Watch the Hindi movies, know the Hindi songs.

The predominantly North Indian influx of early immigrants to Western countries may have established this idea that South Asian identities are overarchingly North Indian. But since then, there have been a diverse range of South Asian migrations to Western countries, such as Canada.Yet many of us are hidden away due to our lower-class, non-Indian, or Muslim identities.

You’ve seen us around, although you ignore us. The Bangladeshi who cooks your curry at an Indian restaurant in London, the Sri Lankan who sells you saris. We exist in our cultures even in foreign lands – we are loud, enigmatic.

“‘Indian’, when you’re not actually referring to Indian people, is a lazy word”

“Indian”, when you’re not actually referring to Indian people, is a lazy word. When you tell me my culture is “Indian” I will tell you that your mind is small, that your mouth is lazy. The Western world’s insistence that South Asia is India is a projection of their lack of care towards the global south. If they can’t profit off of it, if they can’t vacation in it, they don’t care about it. We are erased of our unique identities and experiences as people from different backgrounds. The construction of South Asian diaspora identities does not follow one uniform pathway. We are many countries, many cultures, many languages. Do not dehumanise us by ignoring our identities.