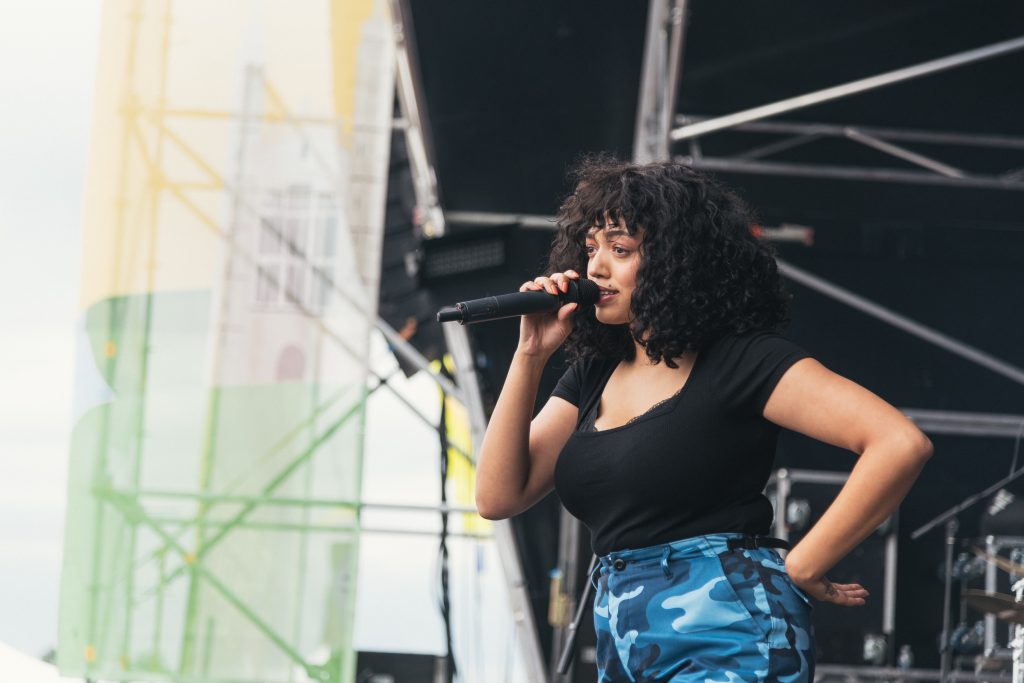 With their slogan being “celebrate heritage, champion future”, Strawberries & Creem is a platform for black British music – both new and old. Taking place in Cambridge, the event last weekend drew in thousands of ravers from across the country for a day of rap, grime, garage and house.

No British festival is complete without wellies and mud, and this weekend’s Strawberries & Creem was no exception to that rule – but never in the history of festivals has a little bit of dirt never stopped anybody.

In the six short years since its inception, Strawberries & Creem has grown massively, having began life as an end of year student bash which grew and grew into a fully blown festival, with 11,000 attendees this year.

Speaking to the festival’s co-founder Chris Jammer ahead of the event, he explains: “It all started out as a summer garden party with about 800 people. It doubled every year for a while but now we’ve got it at a size that’s manageable and still intimate enough”.

That growth has been mainly due to each year’s incredible selection of crowd-pulling performers: in the past the team have booked appearances from some of the UK’s best: Skepta, AJ Tracey, J Hus have all played. Heritage sits alongside current favourites, with Pioneers Heartless Crew appearing as well as up and coming talents like B Young and Deno Driz. Meanwhile DJs like Kenny Allstar showcase a set of underground acts in UK rap and drill.

Signs of the team behind Strawberries & Creem naturally manifests in the line-up. With names like Stefflon Don and Ms. Dynamite gracing the very top of this year’s bill, the festival boasts a strong presence of black British women in the wake of ongoing criticisms of countless festivals putting out CIS, white, male dominated bills and booking shockingly disproportionate ratios of men to women. Many are working to counter this, but it’s still a pretty rare thing to see a UK festival getting it right.

“At one stage people tried to argue there aren’t enough women acts out there to choose from, but that’s bollocks really”

“At one stage people tried to argue there aren’t enough acts out there to choose from, but that’s bollocks really,” Chris says, “We’ve always wanted to book Stefflon Don and Ms. Dynamite, almost from the very start. They were no brainers for us. Strawberries & Creem has come up at a time when festivals are getting a lot of stick for having line-ups that aren’t representative of society as a whole or not having enough women make it to the top of the bill. Working on that is something that’s really important to me”.

Saturday was a takedown of the dusty old myth that “women acts don’t sell”. There were performances from current fave Mahalia, as well as queens of old school UK garage, Shola Ama and Sweet Female Attitude. There was also a treat in the form of a surprise main stage set from rapper Ms Banks where she performed her baddie anthem ‘Snack’.

House and tech mainstay DJ Heidi took over the Hangar Stage, the festival’s home for all things dance; meanwhile, Snoochie Shy was a highlight at the Big Top tent where she played twerk-worthy hits from City Girls, Cardi B and Megan Thee Stallion.

“Diversity” and “gender equality” aren’t just performative buzzwords to the people behind the Cambridge festival, they are things integral to the DNA of the team too. “Being a mixed race gay guy in the scene, I know I’m a minority myself and I’ve always wanted to push causes that are close to my heart,” says Chris. He also credits the work of fellow team member Louise Young who runs all things from operations to artist liaison and wider event management. “Louise controls the whole thing, she builds everything up from the ground so we’re a team led by a very strong woman”.

It’s clear Strawberries & Creem’s efforts to champion black British music and talented women are paying off, with each year getting bigger and better. Here’s hoping that more and more music festivals will take a leaf out of their book.