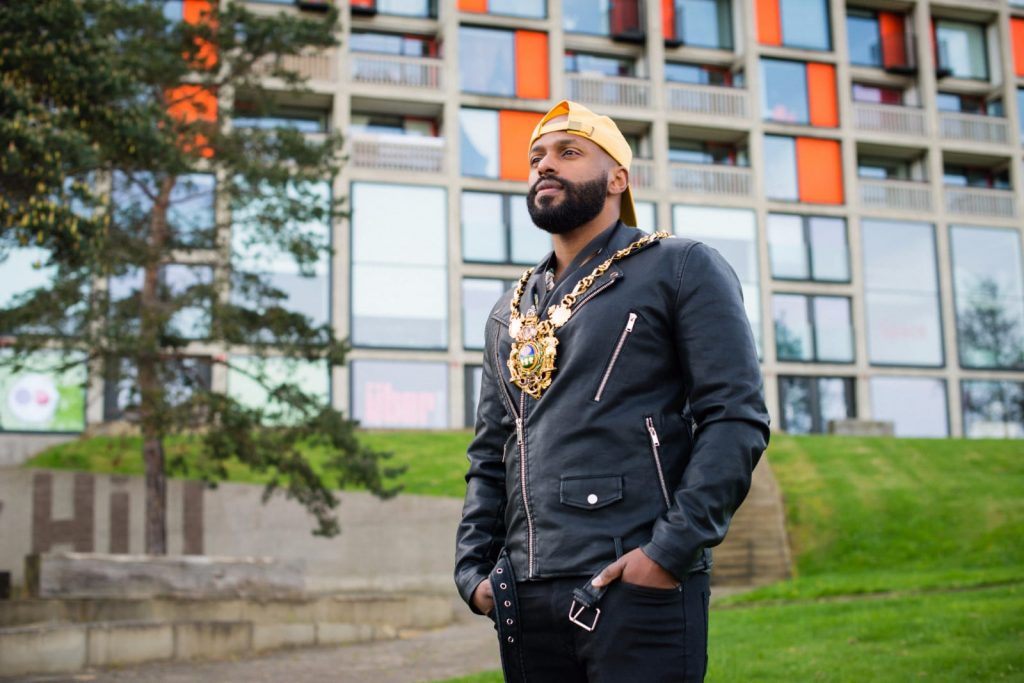 On 23 May 2019, British citizens, Commonwealth citizens, and EU citizens resident in the UK who are over 18 will be eligible to vote in the European Parliamentary elections. Since Brexit has been delayed after a charade of “meaningful votes” the elections are charging forwards, despite the fact that candidates will have to hand back their seats if Britain leaves the EU.

There have been suggestions that the elections could be used as a last-ditch “launchpad” for new parties campaigning on both sides of the Brexit spectrum, including those calling for a second referendum, and Nigel Farage’s Brexit Party, launched this week with the sky-high aspiration that through Brexit, Britain can become a “normal” country. In all the mayhem, last week Labour copywriters were left scrambling to edit their campaign leaflet after they conveniently forgot to include a pledge to hold a referendum on a possible bad Tory Brexit deal.

The European Parliament is an elected EU institution which holds decision-making powers over budgets and legislation, alongside the Council of the European Union. The European Parliament is also tasked with keeping a watchful eye over the democratic (or not-so-democratic, in the case of Hungarian Prime Minister Viktor Orban’s call to reinstate the death penalty) operations of all EU institutions, and negotiating the mandate of agencies such as Frontex. Frontex coordinates the EU’s coastal and border guard, and has been known to engage in ‘push back’ tactics which put migrants lives at risk.

So is the European Parliament worth engaging with? Is it just another institution full of pale, stale out-of-touch eurocrats, or are there any candidates worth supporting? I spoke to Magid Magid, the outgoing Lord Mayor of Sheffield, who was announced last week as the lead Green Party Member of European Parliament (MEP) candidate in Yorkshire and Humber.

gal-dem: We were keen to have a chat with you about your selection as a Green Party candidate in the European Parliament elections, which isn’t something we know loads about…

Magid Magid: Well you’re not the only ones! A lot of people don’t know much about it. The elections are held every five years, and each region has a different MEP. The MEPs do a pretty bad job of actually engaging with their electorate…

Yeah, there doesn’t seem to be a widespread understanding of the role, functions and powers of the European Parliament itself, other than knowing that they played a part in scrapping mobile phone roaming charges in 2017. It’s not something that we are taught about at school in the UK. Do you think the lack of information about it contributes to the low voter turnout?

One hundred percent! I feel like this year there will be a higher turnout than normal because of Brexit.

We’ve heard about that thing…

[laughs] Yeah, some people are using this election as a proxy vote to express how they feel about Brexit.

What do you think could be done to make the processes of the Parliament more accessible?

The European Parliament and the MEPs need to do a lot more work to engage with the electorate in whatever way is possible, so that people are clear about what it is that they do, and how MEPs can support them and get their voices heard in the European Union. People sometimes say, “[MEPs] are on the gravy train…”, and there absolutely could be better communication between MEPs and the people they represent so it is clear what they are being paid to do! MEPs need to be vocal about the work they are doing, even if it’s just simply sharing positive actions and results, they need to be spreading awareness of that.

To skip back a bit: you joined the Green Party in 2014 in the face of the rise of UKIP in the UK. What was it about the Green Party that made you think they were best placed to take on the wave of fascism which is sweeping Europe?

I joined the Green Party during the European elections so there is a lot of symmetry between then and now! In 2014 I was sat watching the TV and absorbing the media coverage of the elections, and I saw Nigel Farage literally spouting out so much hatred and xenophobic and racist rhetoric, and I remember thinking to myself: “I can’t just complain, I need to do something”. With everything that was happening around the world at that time, I thought I needed to at least make my small part of the world – Sheffield – feel that bit better, by contributing and actually doing something. So I started engaging in politics.

I joined the Green Party for many reasons; first and foremost a lot of my principles align with the positions of the party; they have a red line against austerity, they stand up for free education, they are committed to keeping the NHS free and preventing privatisation, and they have consistently held the line around these issues. Whereas the Labour Party have been “on and off”; for example Ed Miliband wasn’t against austerity, so you just never know where you stand with them.

The Green Party also really want to tackle climate action, and address the fact that certain sections of society in certain countries are not living within their means. Holistically we are trying to protect our environment. Even the way the party works appealed to me: it is member-driven. The traditional political parties have a “top-down” approach so the leaders decide what the parties policies are, whereas the Green Party’s actions are decided by its members. That’s why in the Labour Party you can get Tony Blair and Jeremy Corbyn leading the same party eight years apart. I feel like I have more of a voice in the Green Party because I can go to conference, put in a motion and it has the possibility of becoming party policy, and the people at the top will then be tasked with carrying out that action.

You mentioned environmentalism: the Green Party is known for campaigning on environmental issues. We can’t really touch on this topic without mentioning the recent wave of protests against climate injustice; how do you feel about Extinction Rebellion (XR) and their approach to protesting and raising awareness about these types of issues?

I am a big supporter of non-violent direct action, and I support why they are doing it. However, when it comes to climate change, this is an issue that disproportionately affects working class people and people of colour, and I find that their voices aren’t being represented and heard in this particular. So I feel like [XR] could do a better job of making sure our voices are being contributed, because we are the ones being disproportionately affected, not just in the UK but around the world.

Absolutely. Earlier this month on gal-dem we wrote about XR’s concerning lack of race analysis, as well as what steps the group can take to work more collaboratively with organisers of colour. It’s interesting that the Green Party acknowledges that economic inequality and colonialism are a major cause of migration which is inextricably linked to climate injustice. Why do you think this causality is so often overlooked?

I think sometimes people don’t want to tackle difficult truths, they find it uncomfortable, but it’s important that we address [the role of colonialism], because it’s a matter of fact that people are still living with the consequences. I like that the Green Party has always tried to have those difficult conversations and really come out with policies that push back against that.

First of all, I think in all forms of government, whether that be local or national, that the people that are elected as leaders don’t reflect the people they are meant to represent. This isn’t just in terms of “visually” being representative, I also think the ideas and policies they are pushing forward don’t reflect the needs and interests of people in the UK. I think “doing politics differently” is about having the courage to be bold, to be daring, and to go against the grain at times and speak truth to power. We need to be radical about it, because people are tired of the same old “business as usual” politics, and are crying out for change. One of the reasons that Brexit vote happened in the way it did, is because people are tired of the status quo and want some sort of change. However, I don’t think Brexit is actually the change people were looking for – people didn’t vote to have increased hate crimes and stunted economic growth, they wanted change and they saw Brexit as representing that potential for change.

Talking of Brexit, how much of a role did Brexit – the lead up, the outcome, the hate crimes that followed – play in your decision to stand as an MEP candidate?

It was a huge factor for me. As soon as we had the referendum there was a massive rise in hate crimes, and in Sheffield we are now trying to implement a strategy to tackle this issue. This European election literally feels like a battle for the soul of Britain: is it going to be submission to the Nigel Farages who are spouting hatred and racist rhetoric dividing people, or is it going to be a story of bringing people together, and celebrating and championing immigration through a strong shared sense of hope? I want to add my voice and be a part of the antidote to all of this racism and xenophobia that is inevitably going to form part of the landscape of this election.

What advice would you give to a young person looking to get into parliamentary politics? Do you think there are limitations to what you can do within this type of political action?

Firstly, there are limitations that we put on ourselves, and then there are the limitations that other people put on us. The second thing to remember is: you are more than capable of this! Look at the state of this chaotic government at the moment, my little niece could do a better job than this! It’s about believing that you are more than enough to carry out the role, and you will in fact do a better job, I’m sure of it. Of course, we need more young people and people from different backgrounds to come forward and get involved. However, I truly believe it’s a case of first of all believing in yourself, and then creating a sense of community so we can bring about change together. Of course, parliamentary politics isn’t the only way to bring about change, but it is one way of starting to make shifts. You can also get involved in a community campaign, whether that’s online or in your local area, and that’s a brilliant place to start.

European Parliament elections are currently scheduled to take place in the UK on 23 May 2019. If you are eligible to vote and you wish to do so, you must register by midnight on Tuesday 7 May 2019. You can find out here who represents you in the European Parliament.

Different ways to vote are listed here, and information about anonymous voter registration if you or family’s safety could be compromised through registering to vote (for example if you are experiencing or at risk of domestic violence, harassment, forced marriage or FGM) is available here.