Wanderthirst: Crown Heights is a home away from home for the Caribbean diaspora 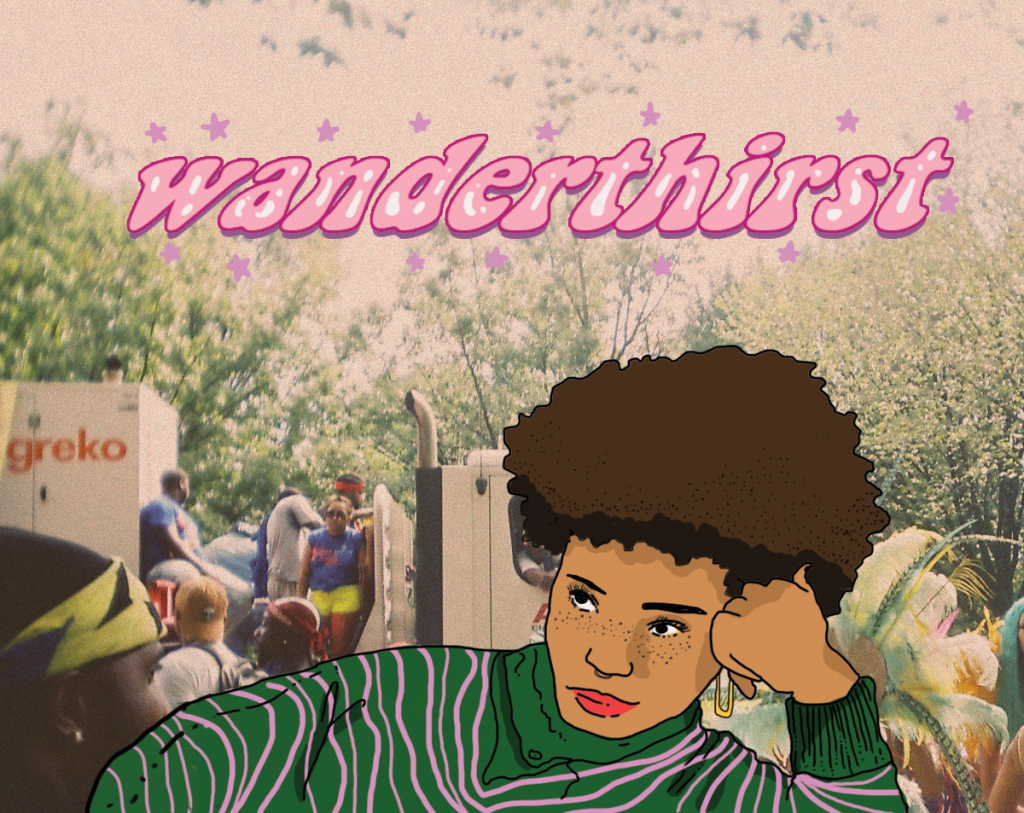 I’ve always dreamed of going to America. My relationship with the very complex country that we’ve historically been tethered to, like for most people in the UK, is one of fascination and bemusement. But New York has always stood out for me. In my mind, it was this noisy, magical city full of rich cultural exchanges. And of course, so many of my favourite films and TV shows have been set there. They have a glittering drag scene and their food and culture are known throughout the world. So this summer, I finally decided it was time to take a bite out of the big apple.

At the end of August, four of us set out to New York, opting to stay in Crown Heights, Brooklyn, which I soon found out was the home of a strong Caribbean community. And to top it off, completely by accident, we booked our tickets for Labour Day, which meant we would be there for carnival.

After a long flight and an Uber, we finally reached our picturesque Airbnb. Crown Heights reminded me of a pre-gentrified Brixton – although my Airbnb proved gentrification could well be on its way. Men sat outside shops playing games, jerk oil drum barbeques wafted out strong pimento smoke, and people sat patiently waiting to get their hair done in salons. It felt like a home away from home.

The first thing I noticed was how loud everything was. The bin collection lorry was loud, the sirens felt like they could blow my eardrums at any moment, and the people were loudly friendly. There was no room for British politeness and sensibilities. The second thing I noticed was that New York was hot – even towards the end of summer, it was stifling, making my many pairs of trousers and jackets completely void. Standing on the subway platforms, I felt like I could melt away – luckily the carriages themselves were air-conditioned.

After doing some more research around Labour Day, we soon found out our AirbnB was situated right off the path of the carnival parade. Somehow, I didn’t even know New York had a carnival, let alone that it was the jewel in Crown Heights.

I’d come fresh off the heels of Notting Hill Carnival, expecting something similar, but it was its own completely unique event. It felt as though there were people from every individual island repping them loudly, never being homogenised. With each float passing by, came a whole different vibe, sound and colours. The Notting Hill Carnival I know relies heavily on cultures of the islands with a larger, perhaps more well-known population in the UK like Jamaica, but here all the islands felt represented equally.  My friend even burst into a smile at the sight of the St Vincent float, exclaiming that she hadn’t seen the country her family was from represented in this way before.

Although it was practically monsoon weather (the only day it rained on the trip), everyone was out in full force. Young women jumping into the splits behind floats, children squealing on parents’ shoulders, vendors selling icy alcohol slushies on the roadside – the rain didn’t even matter. I was also pleasantly surprised by how many black people there were and how community-orientated it felt. It made me realise how commercialised our own carnival is, where you could avoid Caribbean culture altogether if you tried hard enough.

When I go on holiday, I like to do equal parts tourist attractions, finding hidden gems and lazing around. So I did Times Square (turns out it isn’t even a square). I peeked at the Statue of Liberty via a crowded ferry, wandered around Central Park and, of course, I did some shopping. My friend had warned me previously about how expensive New York was, explaining she had managed to spend nearly $40 dollars on two smoked salmon and cream cheese bagels, which seemed unimaginable. Sadly, she wasn’t wrong – my money seemed to dwindle the second I closed the front door.

Outside of the main tourist trail, we had a day on a quiet beach, saw a comedy roast drag show in Brooklyn, although not knowing the queens it was a bit hard to catch the jokes. We ate just about everything, queued for three hours to try the world-famous Dosa Man’s food, to no avail. We went thrift shopping and I managed to go to an Our Naked Truth life drawing and conversation session. The thing I loved about New York is it didn’t stop – there was always something to see, somewhere to eat, someone to talk to and somewhere to go. I only explored a drop but already, I can’t wait to return.

• If you want to see the Statue of Liberty but you’re on a budget, take the free ferry over to Staten Island. They run around every hour and you get a pretty clear view, although it’s brief.

• Tipping culture is real – as in for every beer you buy at a bar you sort of, kind of, definitely have to tip – so keep that in mind when you’re saving.

• You don’t have to stay in Manhattan, although that is where all the famous tourist attractions are – there are so many wonderful boroughs like Brooklyn and The Bronx.

• New York has mosquitos in the summer – who knew? Save yourself from getting bitten as many times as I did, and pack your insect repellent!

• If you go in the summer, make sure you go to one of the many lovely beaches like Rockaway Beach or Jacob Riis Park

• Visit Gloria’s in Crown Heights if you want some of the greatest Trini food you may ever taste in New York.

• Walk across The High Line, a beautiful city park which runs from Hudson Yards to the edge of Chelsea.

• Go thrift shopping. The L train is great – all the American brands like Levis and Carhartt are a fraction of the price!