Why I’m not happy with Korean food becoming mainstream 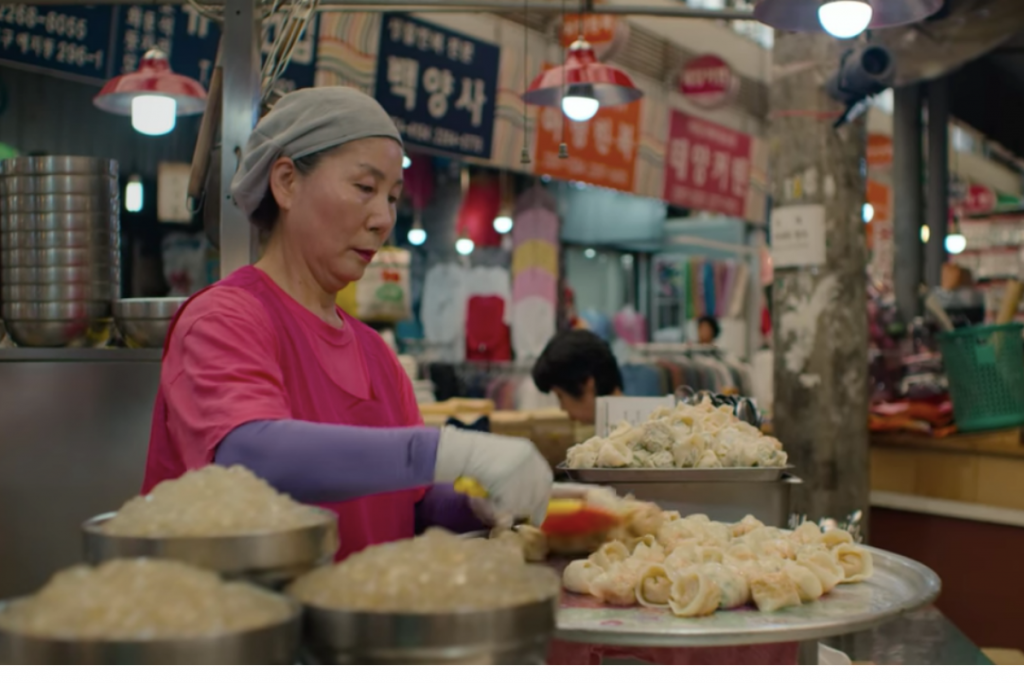 Announcing what you had for breakfast at an international school is genuinely one of the worst things you can do.

When my little sister was in nursery, her classmates and teacher would sit around in a circle and present what meal they had each morning. With a majority of the class being made up of white Americans and Canadians, it was unsurprising to hear the recurring, “pancakes” or “eggs and bacon”. When my sister’s turn came around, she proudly exclaimed, “I ate seaweed soup!” To this day, she still can’t forget the disgusted expression on her teacher’s face and the hubbub her hearty morning meal caused amongst her friends.

After this incident, my mum paid extra attention when packing our lunches so that nothing “smelly” or “obscure” would make their way into our school meals. She didn’t want Korea to be labeled as a strange place with unusual foods, especially since the country felt generally unknown during the 2000s.

Fast forward to today and Korean culture is very much present in Western society. With the rise in popularity of K-pop, K-food has also gained a huge following. According to CJ foods, one of the biggest distributors of Korean food products worldwide, product imports to the UK increased by 135% in 2013. Korean restaurants are a $2.1 billion industry in the US, placing second in the National Restaurant Association’s list of the hottest “ethnic” cuisines in 2014. In conversation with the Guardian, the manager of Miss Korea, a restaurant located in Birmingham, reacted to how far Korean cuisine has come. He said, “Most of our customers are not Koreans. The British have developed a taste for our food, which has further led to an interest in our culture. There was a time when people in this country didn’t even know where Korea is.”

“A classmate who used to pick on me, now regularly uploads Instagram stories of him chowing down on Korean barbeque”

I’ve personally experienced the change of attitude towards the Korean cuisine in my everyday life. When I have cravings for some home food, I always have a Korean restaurant nearby whether it be in the midst of the hustle and bustle of On the Bab in Covent Garden or  Daebak in Vauxhall. Yet, a classmate who used to pick on me because of my nationality, now regularly uploads Instagram stories of him chowing down on Korean barbeque and taking shots of soju, a Korean alcoholic beverage. Enjoying Korean food is “cool” now.

Although I appreciate the love and attention Korean food is receiving worldwide, I’m firmly against it becoming mainstream because of the damage popularity has had on the cuisine itself.

The bastardisation of Korean food that comes with it becoming trendy is alarming. A rule of thumb I made off of observation is that some “Instagrammable” or “hipster” restaurants in the UK will often have at least one poorly made dish inspired by Korea. One horrific yet fascinating encounter I had with such a restaurant was at a taco place in Peckham. After trying their “kimchi mulita”, I was disappointed to find that all there was to it, was a pile of raw factory-made kimchi inside a tortilla. It wasn’t even stir-fried, which is what a Korean would usually do when making a dish out of kimchi. The problem with such fusion foods is that many Western chefs don’t understand the Korean cuisine and its flavours well enough to incorporate it. A food doesn’t become Korean just because you add kimchi or gojuchang (Korean pepper paste) to it.

Even Korean restaurants run by Korean people also play a role in the degradation of the cuisine. When I came to the UK, I was surprised to find that most Korean restaurants charge for banchan, side dishes that are served before and with the main meal. Andrea Sung writes for KCET’s food series The Migrant Kitchen, that “hospitality is represented by many traditions, but perhaps most evidently through the customary banchan service” of Korea. Banchan is shared, representing Korean jeong (goodwill) and communal values. The fact that capitalism has silenced a traditional practice this engrained in Korean cuisine is beyond disappointing.

What gets classified as “Western friendly” and what’s seen as “exotic” is an ongoing debate. While Korean barbeque and Korean fried chicken are foods approved by westerners, those that are not are often ridiculed publicly. Yet, in Facts’ Youtube video titled “Irish people taste Korean Food”, white people react to internationally unknown Korean foods such as Haejangguk (hangover soup), Nakji bokkeum (spicy stir-fried octopus) and Mul-naengmyeon (cold noodles). The reactors are quick to spew out hateful comments about the dishes like “I don’t ever want to face this”, “it’s just awful” and “I’ve eaten arse, I’ve eaten maggots, so this is okay”. White people often feel entitled to decide what foods within a cuisine are okay to present to the wider public – in reality, they are not the ones that have the final word – Koreans are. All dishes have a place in Korean culture and should be treated equally.

And the grouping of Korean food with other East Asian cuisines is a sensation that is aiding its bastardisation. With demands rising for East Asian food in the west, some restaurants find it easier to maximise profits by dabbling in a bit of every cuisine. Wasabi, the UK’s 55th most popular dining company, is branded as a Japanese restaurant yet sells Korean fried chicken and Thai Tom yum soup. As someone who has had her fair share of Korean fried chicken, I can testify that they’re delicious, but aren’t anything like the ones back home.

“When we lump all East Asian cuisines together into one, we are indirectly disregarding their individuality and their history”

Not only does this pan-East Asian approach deteriorate the taste of food, it also undermines the history behind each cuisine. On her food blog Eat Drink Draw, journalist Hannah Bae outlines how jumeokbap (Korean rice balls) fueled protestors standing up against the military government during the 1980 Gwangju Uprising. Similarly, Budae Jjigae (Korean army-based stew) has a historical significance as it was originally made up of American army base scraps during the Korean war. It is important to remember that each country’s cuisine is deeply rooted in its history. When we lump all East Asian cuisines together into one, we are indirectly disregarding their individuality and their history.

I think the Korean tourism board are also at fault for the cuisine’s bastardisation. Their website and campaigns always promote the same food – the two main ones being bulgogi (marinated beef) and bibimbap (mixed rice). Their effort to cater the cuisine to travellers has resulted in a shallow depiction of a rich cuisine. As food journalist Javier Cabral writes, “there is an entire world of non-barbecue Korean food out there”. From gukbap (traditional soup and rice) to bunshik (Korean-style fast food), Korea has a wider breath of menus that is yet to be explored.

Fortunately, there are many people that are starting to promote Korean food in its entirety. Korean Englishman, a YouTube channel bridging Korean and English culture, is at the forefront of this change. One speaking fluent Korean and both being knowledgeable about the country, the two hosts successfully present Korean food in a comprehensive manner. Although, there’s something to be said about the fact that one of the biggest YouTube channels promoting Korean food is run, and consequently monetised, by two white men. YouTuber Maangchi, who introduces authentic Korean food recipes, food channel sweetandtastyTV run by Miss Mina and food blog Korean Bapsang are just three model examples of great platforms run by Korean women themselves. And Netflix’s show Street Food also did a great job in capturing the busy Gwangjang Market and the unique Sijang (traditional market) culture that come with it.

I hope that this online wave of accuracy will reach those involved in both creating and consuming Korean food worldwide. Cultural understanding should be the backbone of all international cuisines thriving in the West.