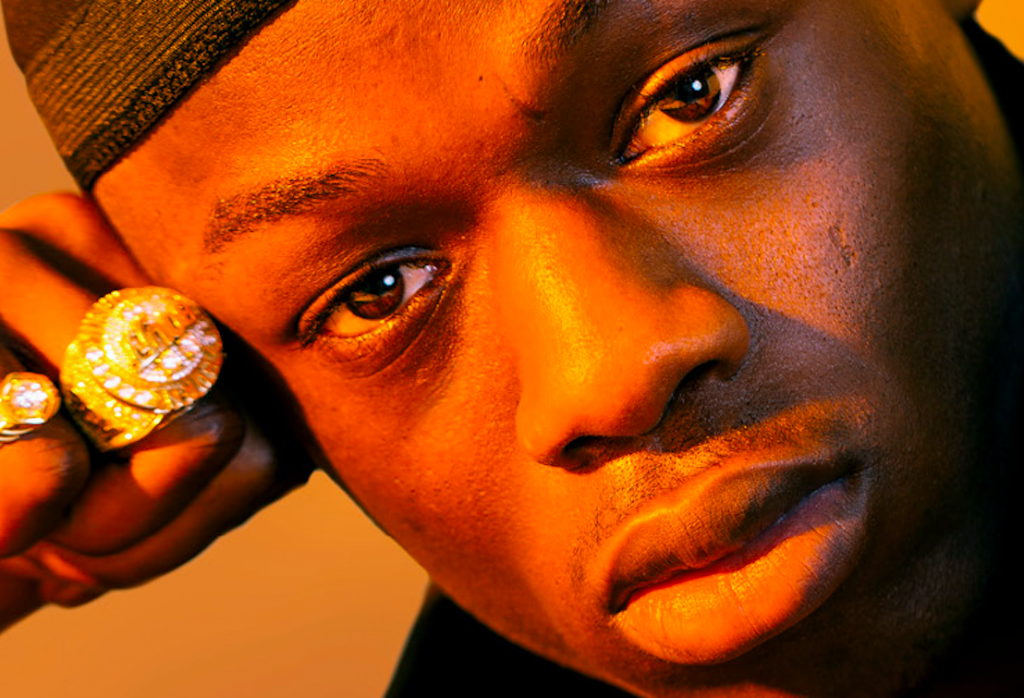 J Hus’ luck has waned in the last year after the glory days of the Common Sense era. He had a brief stint in jail after being caught with a knife near Westfield shopping centre, with police saying they originally stopped his car because they could smell weed. The resulting eight month jail sentence led to the cancellation of a number of significant shows including Wireless (although he ended up being released in time for this, and played to replace A$AP Rocky anyway). Since getting out, his fans are still waiting – impatiently – for the follow up to his debut album. But now he’s revealed that he’s been going through a tough time still.

The reason for this spate of bad luck, he says, is due to the fact that he’s stopped doing black magic. “I didn’t wanna say this but I have to be honest with you,” he wrote in a post on Snapchat. “When I stopped doing black magic is when my life fell apart. Black Mans Magic. Juju J is back.” He also further clarified today that he sees magic differently than a lot of people do, believing in the power of words and using them to cast certain spells.

What followed was an explosion on black Twitter – many of whom were genuinely turned off by J Hus as an artist because of his spiritual dabblings, or openly taking the piss out of juju in general. “You need to stay away from anyone who bangs black magic that’s not even a joke thing. J Hus’ music was nice while it lasted,” tweeted @inahebka echoing the sentiment of Christian and Muslim listeners who felt this revelation was one step too far.

Here two writers explain whether juju has put them off J Hus.

Habiba: “I can’t listen to someone who does juju”

The huge discussion around dabbling with JUJ left me feeling conflicted. For those of you who aren’t aware of what black magic is, it’s often described as something that involves evil spirits for evil intent. Most fears around black magic practices stem from it being out of step with the teachings of Christianity and Islam.

Growing up I pretty much spent my life in church. I would go to church around two to three times a week for bible study, choir and any other faith-based activity I could fit in. Being a Christian when I was younger was pretty simple, even though in bible study I was known for asking the tough questions.

I personally had nothing but positive experiences whilst there – something of which some black people (particularly Africans) cannot relate to. I understand there’s a lot of complicated cultural debates around Christianity, it’s role in advancing white supremacy, and traditional African religious practices.

Nevertheless, many Christians stay away from certain customs, and don’t listen to secular music because of the spirits they can invite. Some Muslims also believe music can be haram. I’m the same. As a Christian, you believe that everything is spiritual and that there are consequences for listening to music with certain spirits behind it.

For example, with the whole Illuminati thing I literally stopped listening to some people because I was scared. So while I don’t judge others for listening, I’ll probably stop listening to him for now.

The fear and mystique of juju lingers in a lot of West African households. Not to sound like a name-dropper but this one time in Lagos I was on a press trip with Skepta, Not3s, J Hus and a bunch of other big names in UK rap and afrobeats. Juju came up in the taxi back to the airport and Lancey Foux – the genre defying rapper who is dating Leomie Anderson – told me that while he was growing up his mother told him not to eat at girls’ houses that he didn’t know that well. She feared they could slip a love potion into his food.

Growing up, I too heard whispers of witchcraft, curses, and was warned to stay away from not just juju but palm reading and clairvoyants – and to this day, you will not catch me near a ouija board. I can hear my mum’s voice in my head telling me I will open spiritual doors I can’t close.

I’ve seen a few people saying that fears of juju stem from colonialism, but this doesn’t have to become a ‘juju is black man’s magic, Jesus is a white construction’-type debate. Sometimes I feel the whitewashing of the religion might feed into white people’s obsession with themselves. We know Jesus was not white with long indie boy hair and blue eyes; we also know the religion was present in Africa from the first century, way before slavery. However, this explains the visceral reactions to juju either in defence or condemnation.

I’m simply a strong believer of minding my own business. Like 1Xtra host, Dotty said: “If a couple chickens have to get sacrificed for us to get this J Hus album then so be it.” Whatever helps people feel like they have control of their life is up to them.

So yes, I’m still waiting for the album. If you don’t want to listen then fine, if it means you’ll listen while saying prayers under your breath then fine. It’s up to you whether you believe that listening to his music will leave you open to his juju spells.