Why are there so many anti-black responses to Nike’s ‘Nothing Beats a Londoner’ advert? 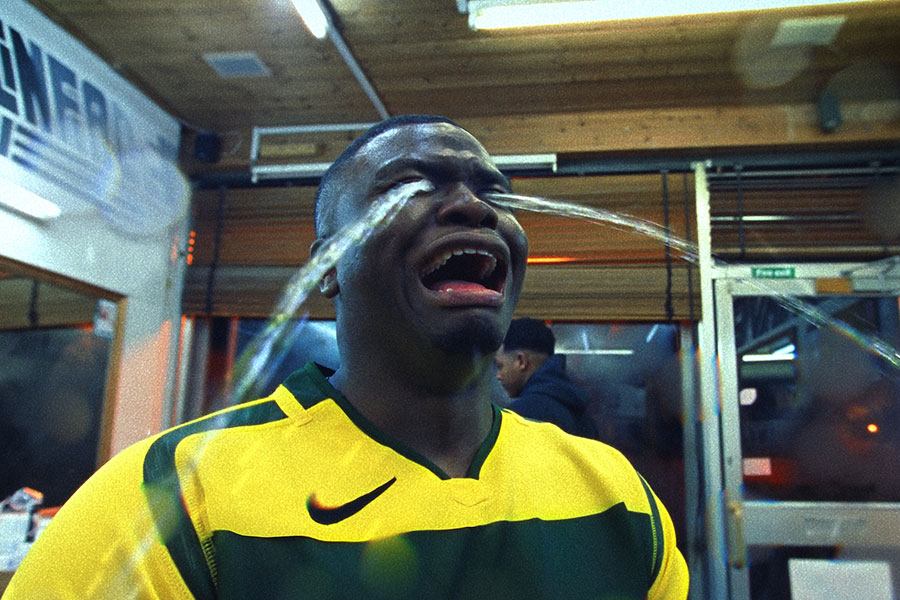 Nothing gets the general public more wound up than the celebration of “black excellence”. The latest advert by Nike, Nothing beats a Londoner has ruffled the feathers of many with its portrayal of black youth, both positive and stereotypical. The fast paced three minute film by Wieden & Kennedy, the team responsible for Nike’s boundary pushing adverts, features 258 young Londoners and short snippets of their everyday lives.

An attempt by the popular sporting brand to pay homage to their biggest demographics of both sport and street-wearers all at once, it featured cameos from sporting and music stars Skepta, Mo Farah, AJ Tracey, Harry Kane and Dina Asher-Smith with humorous quips referring to the longness of living in Zone 6. It was relatable, light hearted, inclusive and personal.

“It is that resilience, hard-work and diversity that was shown which sets apart London from other capital cities”

Released just before the start of Half Term, it celebrated the individual struggles many of us faced as teenagers trying to break into different sports whilst living in urban environments: “Ever played tennis in London?” I have, and I can assure you it ain’t easy on concrete in the never-ending pouring rain. It is that resilience, hard-work and diversity that was shown which sets apart London from other capital cities.

Currently Nike is about 100 meters away from being completely synonymous with grime so it comes as no surprise that the brand would begin with Skepta’s infamous wheelupable banger, ‘Shutdown’, as he encountered a youngster who informed him that his struggle wasn’t really a struggle. The adverts use of local slang, it’s mocking of Peckham as a dangerous place and the shots of Morley’s and familiar corner shops followed by the real life journey to Kurupt FM’s pirate radio station in West London via Brixton, Dalston and Peckham, was seen by many as an attack of their sovereignty.

What may be surprising to some is that a lot of the negative responses were from the South Asian community. At a time where Black Lives Matter are campaigning against unjust deaths and violence, in all its forms, you would have thought those who are also oppressed by white supremacy would recognise their hand in anti-blackness. Often positioning themselves and affirming the “Good Immigrant” narrative, non-black people of colour engage in anti-blackness as a form of protection and for their survival.

Nike has profited off blackness for a number of years due to high profile sporting stars including Serena Williams, LeBron James, Tiger Woods and of course, the always iconic Michael Jordan, becoming cultural icons. Now grime stars are the next in line to be commodified. Our blackness is exciting and cool as long as it’s raking it in.

Taking this into consideration, it would make sense to include black people in their adverts since they play a big role in helping Nike make money. People of colour make up 40% of London’s demographic with the hypervisibility that comes with being a black creative seen as an advantage to brands. If we are to change the perception of blackness being associated with street and sportswear, we should probably start with the fact that these brands and wider society, conflate “urban” with blackness.

Tackling racism in all its form as a person of colour is a must. This includes anti-blackness that every non-black individual on this planet benefits from. When Nike released its Hijab for sport, a move that was long overdue, back in March 2017, it showed only one type of Muslim, a medium brown complexion women. This blatant erasure of black muslims, which are a significant proportion of the Muslim community, not only erased black Muslims but added to the stereotype that being brown equates to being a Muslim.

There was very little outrage from the South Asian community who seemed to enjoy the hypervisibility that the advert afforded them. But as soon as blackness was presented as a positive rather than a negative, a stark contrast to mass media, the opportunity was seized to display their anti-blackness free from consequence. If we are to dismantle white supremacy, we must show solidarity to each other as people of colour, as together we stand and divided we fall.