Recovering from the emotional trauma of my father’s death 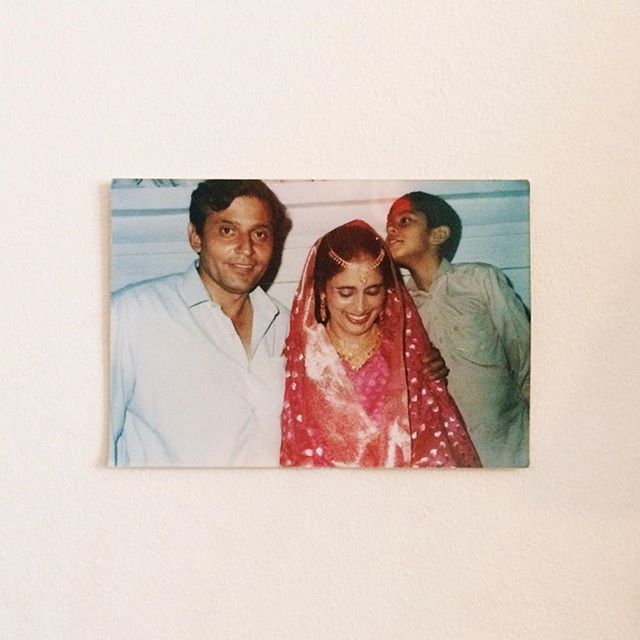 “So, what about your dad – what does he do for a living?”

I’ve never known how to address that question. On the one hand, I can quickly mutter that my father worked for South West Trains, and move onto the next topic. Alternatively, I can disrupt the flow of the conversation, and respond, “he passed away, five years ago”. But, the latter inevitably leads to invasive questions: “Oh I’m so sorry, Hareem. I had no idea. How did he pass? How did your family take it? Do you miss him?”

The answer is quite simple. I have never fully recovered from the emotional trauma of my father’s death – I don’t see how anyone could. Five years on, and any mention of my father – be it from my sisters, my mother or my friends – still leaves me curling uncomfortably or shutting down the conversation entirely.

To clarify, my dad was murdered on Tuesday 8th of March 2011. Like the majority of Pakistanis (or South Asian, for that matter), my father was an avid cricket enthusiast. He had thus hoped to travel to Barcelona for the duration of March to enjoy the ICC World Cup with his friends.

However, things took an unexpected turn, and he was later found dead – two days after his arrival. Allegedly, there had been a break-in. My dad was found tied to chair that had been overturned. Severe bruising marked the sockets of eyes (and other more intimate parts of his body). Cause of death: suffocation.

For a long time, I neglected to consider the details of his death. Usually, when someone asked “how did he pass?”, I’d respond, “he was murdered”, and that was enough do the trick and end that conversation. However, as time went by, I came to realise I did not want to spare myself (or others), the graphic details of what happened to him. Ultimately, I’d have to accept what occurred – that was the only way I could start to heal.

My religion, Islam, played a big part in helping me through the grief. While I am not a “practising Muslim”, in the months and years proceeding my father’s death, my religion was (and sometimes, still remains) my only source of comfort. The following verse of the Qur’an,  “We surely belong to Allah and to Him we shall return”, helped remind me of the inevitability of death and the temporal nature of worldly life and desires.

I understand, that those of you who do not follow a specific faith may interpret my willingness to believe in a higher power and a higher function as a “weakness”, and an unwillingness to accept the reality of my father’s death. But my religion finally helped me confront the reality that my father was never coming back, it helped me come to terms with loss, and on a spiritual plane it gave me hope to be reunited with him some day.

Some may ask why my family did not seek justice for my father. But to do that, is to miss the point entirely. My father is dead. Nothing I do, nothing the criminal justice system does, and nothing anybody says or offers will bring him back. He is gone, and that is the reality of the situation. I do not want to see someone consigned to spend their days behind bars, because I fail to understand how that would avenge my father and repair the damage that has been done to my family. In the tumult of grief that followed my father’s death, I did not (and do not) want to become fixated on the perpetrator. Instead, I wanted to spend my days living and celebrating my father’s life.

In time, I have learnt to accept that I am half of him. He may not be a tangible presence in my life or my mother’s life, but his memory and essence will live through me, and that of my future kids. Whenever someone remarks, “you have your father’s eyes” or my mother dismisses me as being “just as stubborn as your father”, I am reminded that he exists both spiritually and physically. Even this piece is a dedication to him: he lives and breathes through my writing and the words on this screen. Rupi Kaur put it best when she said, “like the sky/ my beloved is everywhere/ but next to me” (albeit, in a different context entirely).

Essentially, the point that I am trying to make is that healing takes time. I do not want to assume that writing this will elevate me and rid me of all the grief and sadness that I have held within for the past five years. Rest assured, I am under no illusions. However, accepting what happened to my father, as well as coming to terms with the fact I could not have done anything to prevent the incident from occurring, is a step in the right direction.

The only thing I can take solace in, is knowing that my family honoured his wishes by burying him next to his father, my grandfather, in our ancestral village of Dhulial, Pakistan. The story goes, that every time he’d visit his parents’ grave he’d remark to his siblings, “I wonder which one of us will be lucky enough to lie next to him someday”. My father waited a long time to return to his homeland, to be reunited with his father, and I take comfort in knowing that today he rests in the very place (soil) where he spent the happiest and most carefree days of his youth.

I want to end on a quote from Nayyirah Waheed that summarises my experience of grief and trauma, and I can only hope that her words help and inspire you in a way that they have helped to inspire me. A reminder, that sadness, happiness, and shared memories are all part of the process of healing and recovery: