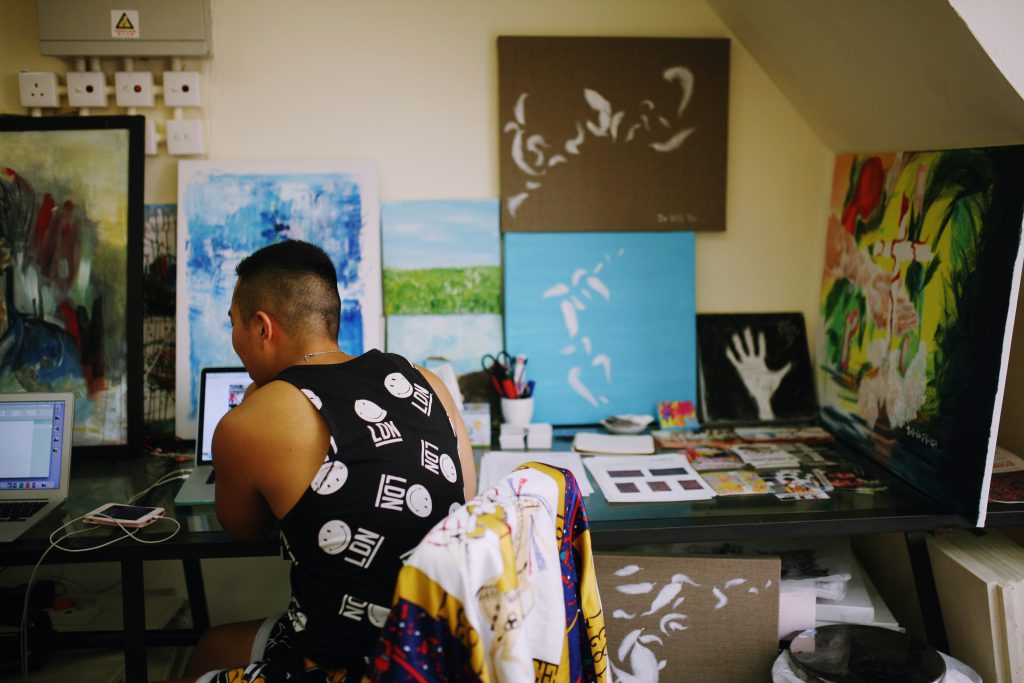 I was introduced to Wilson PK by my cousin’s friend Jessica on a recent trip to my mother’s home city of Hong Kong. “You just have to meet him” she said, “he’s had his designs worn by Lady Gaga and Björk, and he’s so lovely.” For those of you wondering what his nickname “PK” means, it stands for “pok kai” (仆街) which translates as “drop dead in the street” and is a multi-purpose Cantonese swearword, which can be used to signify a bad person (a bit like the Chinese version of “bastard”). It’s an insult favoured by my foul-mouthed maternal grandmother, but there must be an irony in its attribution to Wilson because he is one of the warmest and most hospitable people I’ve ever met.

Our first meeting was at an interactive art class called “ARTJAMMING” that the Central Saint Martins graduate runs in his Sai Ying Pun studio. The often over-worked people of Hong Kong can go here to socialise and escape their busy lives through creative expression. Called “Tree of Life”, the modern studio space is also a haven where locals from lower income backgrounds can go for a chat and a complimentary meal. It is also a place where artists can show their work for free; currently on display are paintings by artist Norman Yip whose series was inspired by the tragic Orlando shootings. “All the artists I work with, I think of a collaboration we can work on together”, says Wilson, the mastermind behind this huge community project. 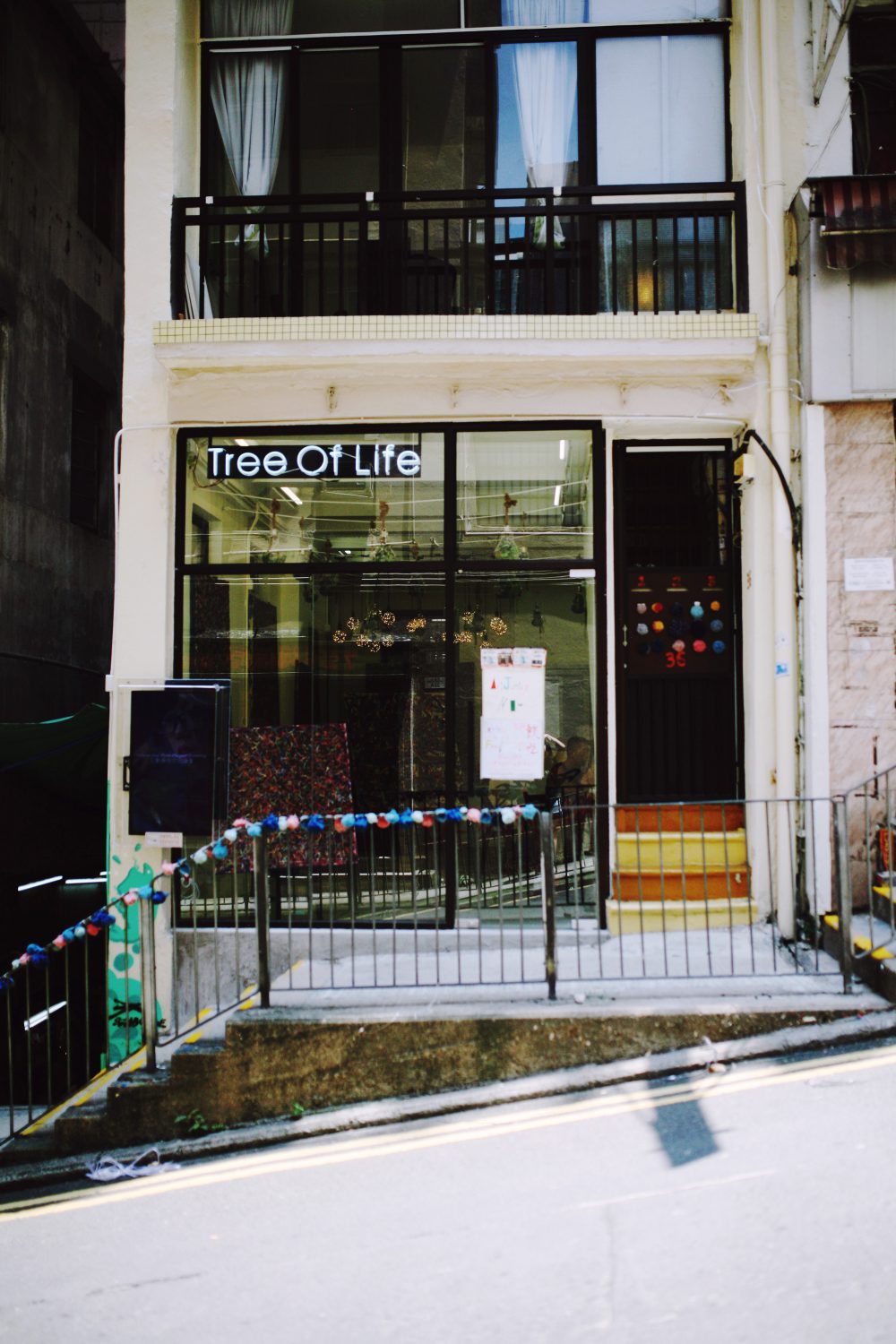 Wilson’s first community collaboration was for his AW15 collection. “I worked so much that year, and I couldn’t go home [to Hong Kong] to spend the winter holiday with my family for the first time ever. So my friend suggested that I volunteer at Crisis who run a homeless shelter at Christmas, where we throw a big party for the people in need. I ended up really bonding with them, and it made me think about the fashion industry and how it is created mostly for the luxury subject. I thought, as a designer, I have the opportunity to create new trends so I did a collaboration with the street sleepers on a print.” The collection was called “100% Fragile Human”, playing on the wording of wash labels that say things like “100% cotton”.

This is what Wilson marks as the beginning of a new path for him, where he would strive to include helping others in all of his work. “In the 80s you’d get extravagant personalities like John Galliano who could do coke and be rude and people still thought ‘that person is so cool’. I’m not judging, but I think that there’s always going to be someone ruder than you, sassier than you, or who is a bigger diva than you. The industry right now is craving for humanity, for real people, something much bigger. And I have the opportunity to work with the community to really question ‘what is fashion’ by stepping out of this bubble.”

“I came back to Hong Kong seven months ago just to see my family. This time I just really felt the heartache, the social injustices and the unfair financial hierarchy of the city. Around IFC I always see so many street sleepers and beggars. So I was praying, and asking people what I should do, even random people on the bus. I was a designer and homeless shelter co-ordinator in London but I felt like that wasn’t enough. So I made the massive decision to move my label from London to Hong Kong and gave all my materials to my interns. I fired my PR because they kept telling me to try to be famous and do drugs. Here I joined a lovely church called St Stephen’s Society where a great woman called Jackie Pullinger has done great ministry helping drug addicts.”

One fateful night a friend of Wilson’s mother announced that she had bought a building and wanted to donate two of its floors to community projects, and asked if she knew of any young people who would want to utilise the space, which of course she did. “I remember when my mum told me and I was just bawling. It was like an Oprah ‘you get a car’ moment. I feel so #blessed.” 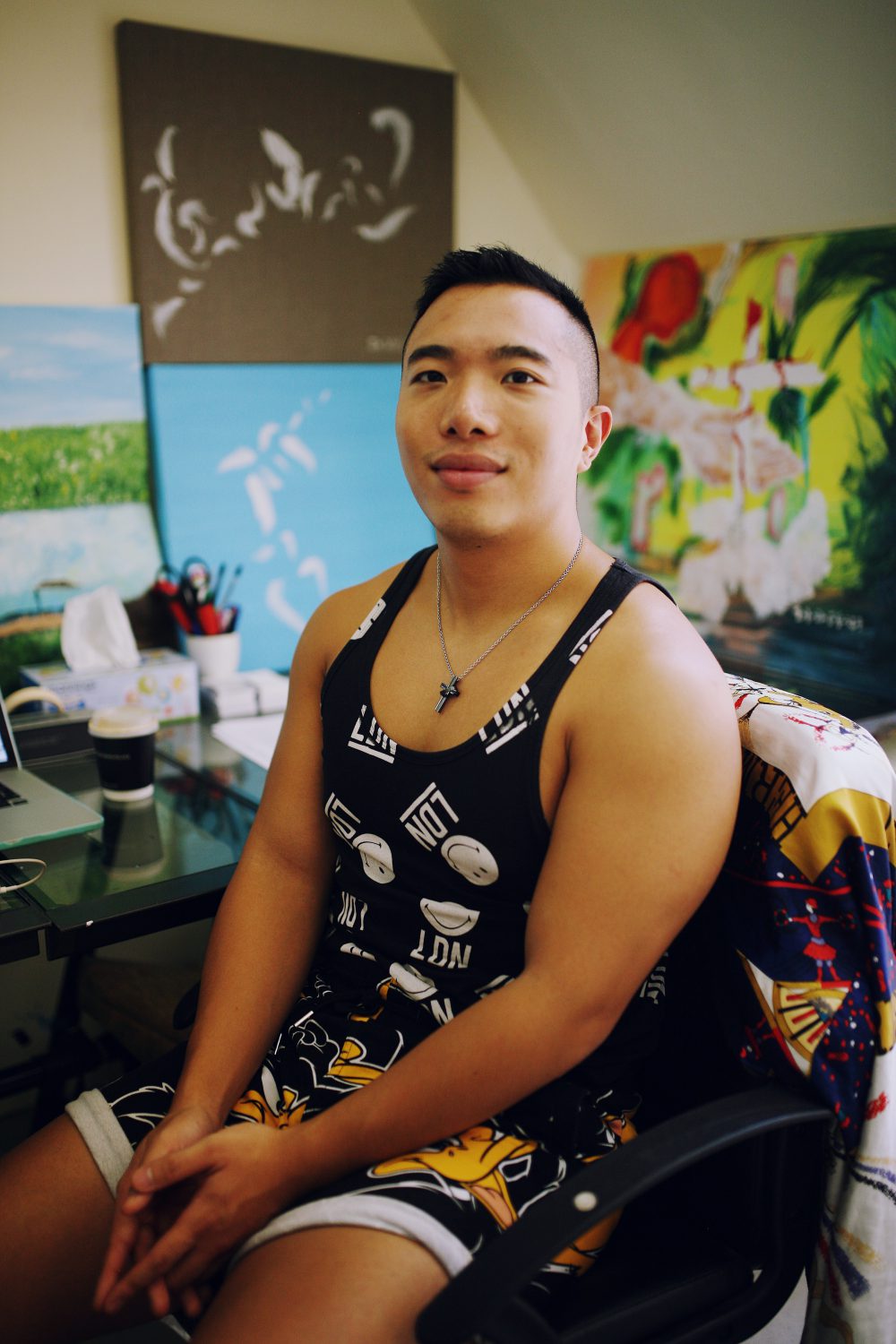 What really interested me about Wilson was how much his Christian faith guided everything he did. In my experience, there aren’t that many religious people working in the fashion industry and I wanted to know how such a big part of his life featured in his work. “I only started going back to church in my final year of my degree, two and a half years ago.” Wilson tells me. “I was under such a huge amount of stress and pressure and I needed somewhere to release it. I saw my friends turn to sex, drugs and food, but I wasn’t satisfied [with those]. I used to be a really devout Christian, but when I was 16 I left Jesus with my bottle of Jack Daniels and was like ‘bye’. I realised that I needed to go back to church and it was the best decision ever. Religion and creativity do sometimes clash. You usually get the colourful rainbow, happy Christian art, but the dark side of life doesn’t really get discussed. But I’d like to think that God is teaching me how to embrace the realness and brokenness within me, to create something beautiful, particularly through the interaction with others.”

Wilson was born in Hong Kong but moved to London to study when he was 13. He decided that he wanted to get into design when he was studying graphics, textiles and fine art at GCSE level. He says he chose fashion “because it’s like body architecture, like a 3D painting that you see come to life on the body.” I asked him how the creative scene in London compares with that of Hong Kong. His response was that, “I wouldn’t say that London is more expressive, but the diversity is broader in England. What I enjoy about it is that punk started there. There is a real rebellious blood running through British culture, in music, art and fashion. There’s a ‘stick your middle finger up in the air’ and ‘we’re going to do something new’ spirit I didn’t find when I was working in New York or Paris.”

What does Wilson see as the new frontier in Hong Kong design? “It’s really bright right now. We have all this political repression, and today’s generation of young people are going to end up in the history books. We are looked down on by the older generation as immature, but suddenly they are starting to realise that we have a voice and we truly understand the political situation. I’m excited to see what will come out of this revolution.”

Wilson is very clear on what the next step is for him. “I plan to work with lower income families in Hong Kong to work on a technique based on knit for my next collection. It’s still going to be very me and sculptural. I like to create slow fashion, I like people to enjoy the maker of the garment and the story behind it. I feel that is more beautiful.” 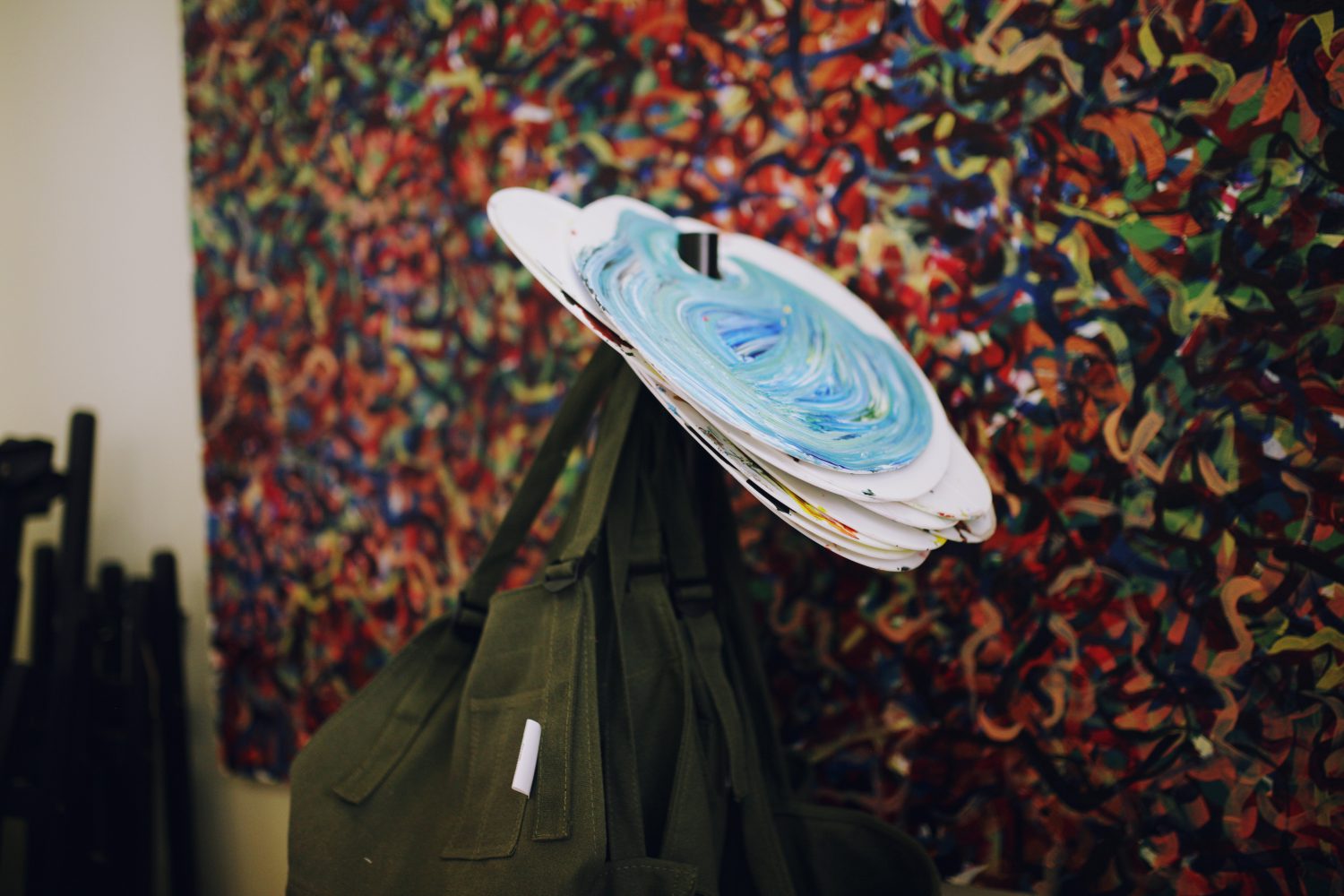 Photos of studio by Natalie Chyi, Lookbook photos via WilsonPK.com