gal-dem in conversation with Nancy Andersen of Babeheaven 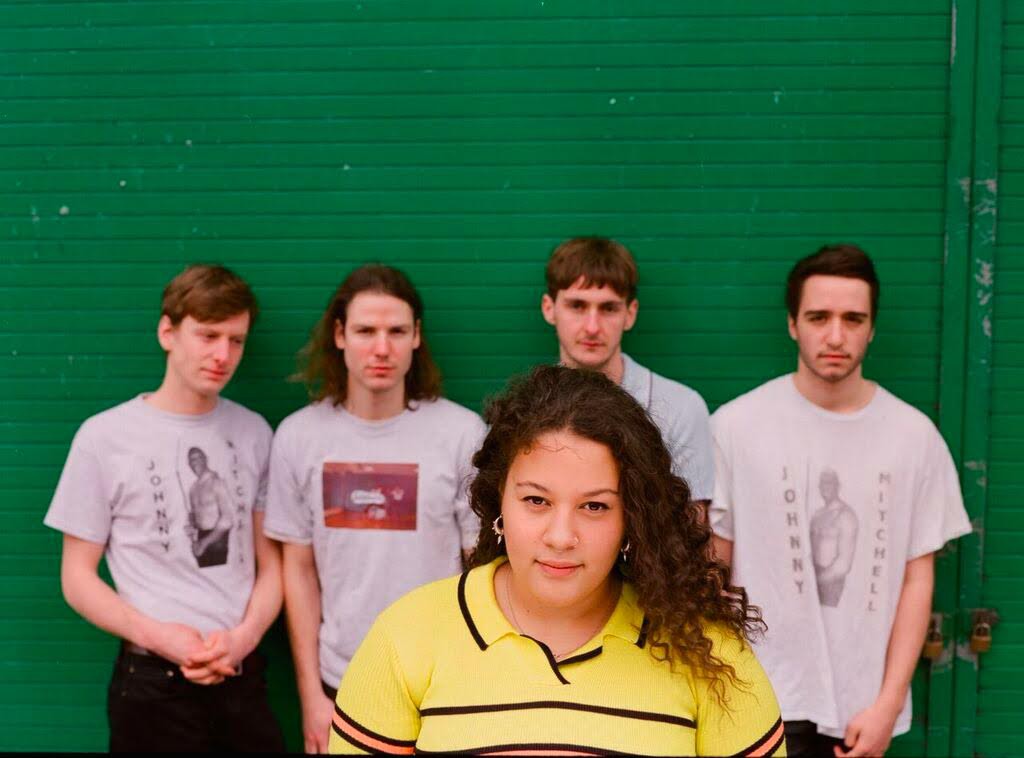 For Nancy Andersen, artistry and dedication to a craft has been ingrained in her since birth. I met up with the 23-year-old Trainee Antiques Dealer and Babeheaven frontwoman in Notting Hill to talk about how she’s gone from making music in her bedroom to fans stopping by her dressing room at Corsica Studios.

I meet Nancy outside Waterstones, Notting Hill Gate, and she’s relieved we’re the same age and of the same temperament. Nancy, a cool and collected Virgo, says I give her ‘Virgo vibes’ which I allude as a Leo I might do, as I was born a month prematurely in August, but she is adamant that we share the same sign. As we stroll through the streets of Notting Hill, trying to find a café that’s not overcrowded, we reminisce on the days of Underage Festival (which according to Nancy, were the days of her peak ‘coolness’).

We take the quiet route, so as not to bump into anyone she knows (lo and behold, we bump into one of her friends). Being born and brought up in the microcosm of W11, it’s not all too tricky to. Growing up in ‘90s and ‘00s Notting Hill, she tells me that she was always surrounded by creative family friends making stuff around her, “My sister is also super creative – and wicked – so I think our family has been a big force.” Stevie Wonder and Michael Jackson were some of her favourite picks from her dad’s record collection: “I listened to my dad’s records from day one. I’ve always loved his music. I love soul.” 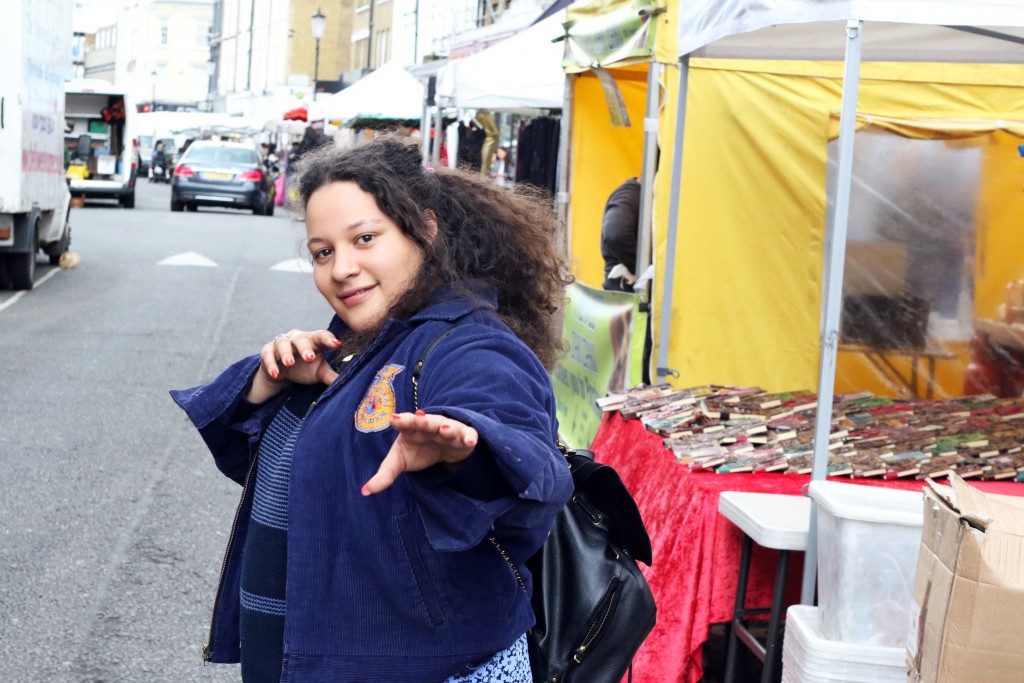 Babeheaven (Nancy, Jamie, Milo, Hugo and Harry) came together organically, through old and new friendships. They underestimated themselves at the beginning: “When we put ‘Friday Sky’ out, it was all literally a joke. And then suddenly we have a manager and a physical record. That’s what made it real.”

“Heaven”, although their latest release, is an old track. Inspired by Nancy’s mum who passed away when she was young, the song had been sitting in the Babeheaven archive for a while, and Nancy admits that it needed work. “We took it in and elevated it to sound better. Everything fits quite well; it doesn’t look like we’re trying because we’re not trying. It’s grown organically.”

Music has undeniably always been her main interest, and there wasn’t any pivotal moment when she knew it would be an avenue for her to explore further: “It’s as though my sister [Lotte Andersen, founder of party zine MAXILLA and three years her senior] and I split halfway when we were growing up. She was ‘fashion’ but also very musical, my dad did styling with music when he was younger. It’s as if our paths were chosen, she went and did one side and I did the other.” Juggling writing and recording songs with her band and working alongside her grandma in her antiques shop, she seems to have it covered and jokes that, if the whole ‘music thing’ doesn’t work out, she can always be a full-time antiques dealer.

I ask Nancy about what supporting Loyle Carner and what Bristol was like, as I know it sold out quickly, and she says she has no recollection because “they’ve all merged into one!” So this is what fame looks like. “Loyle is so eloquent, so much more eloquent than me.” Nancy doesn’t gloss over her initial apprehension and admits the band were worried at the start of the tour because they felt the crowd wouldn’t take to them: “A lot of the crowd were expecting to see hip-hop and then they saw our whole band set-up and thought, ‘what the f*ck is this?!’ but at the end of the day, everyone loved it. We had so much fun, the biggest venues we’ve ever played were with him, and every show was sold out.”

The transition to fame, or should I say recognition has been a terrifying but elevating experience for Nancy, “Imagine being on stage and people are actually singing along to the words you’ve written. It’s an amazing feeling. Actually thinking about it, it’s similar to Loyle’s experience. Loyle supported Kate Tempest, and when he was talking to the crowd at our show, he said ‘now you’re all here to see me, it’s amazing.’ And when he said that, I really understood what he meant.”

Although Nancy still shudders at the thought of being a professional musician, she embodies the essence of one completely. Stirring her coffee with assertiveness, she knows exactly how she wants to navigate the industry. “Sometimes you see pop, and it’s like – where did you come from? There’s no rise of anything. Because of the internet, it’s all sudden; you see it and it’s given straight to you. ‘Here’s a star, look at them!’ They are completely fully created already and they haven’t even tried to get there and you think ‘wait, I’ve been doing this for two years and I’m still trying, how has that happened?’” 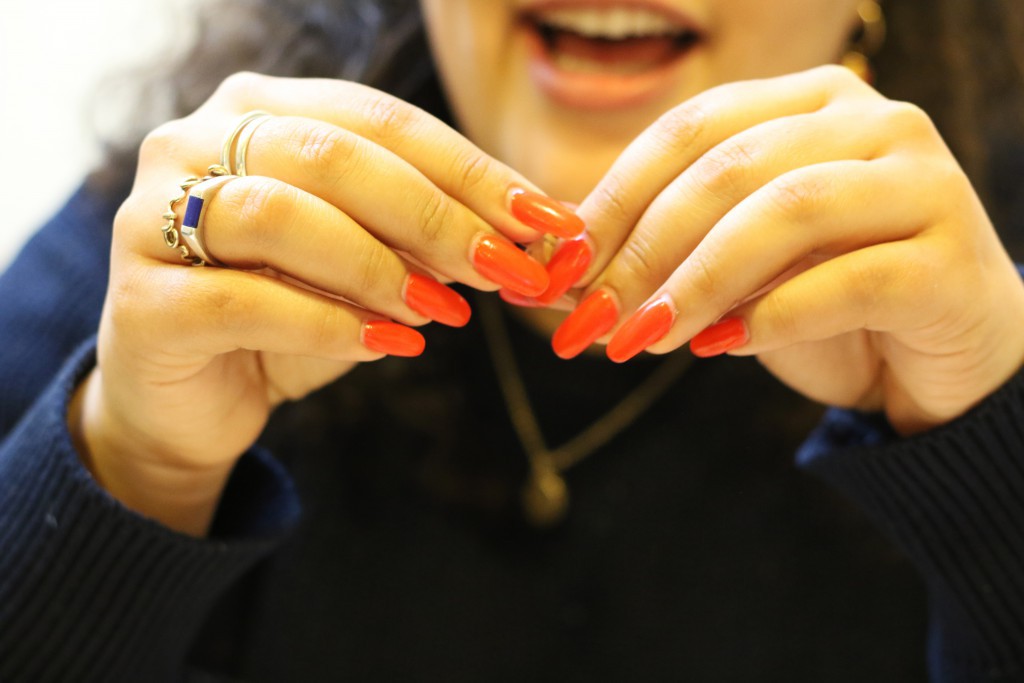 I ask Nancy what she would be doing if she wasn’t being a don in Babeheaven and a trainee antiques dealer, and she says she’d be a chef. “I love cooking. Loyle’s just set up his cooking school for young kids with ADHD. I think I’m a better cook than Loyle. If we had a gal-dem cook-off, I think I’d win. No doubt. I reckon Loyle would make something basic, like a cheese toastie.” When I ask for us to actually sort this out with Tom, her manager, and put this to a test, she reminds me that she doesn’t need a test, because she knows she would win – because she’s a Virgo.

“I think with us, we’re doing the groundwork to be potentially a good band, which I find quite refreshing and hopefully it’s refreshing for everyone else. You can see who we are, instead of it being this glossed over perfect image of a band – ‘Here’s a band! They’ve got a girl lead singer, welcome to their world!’ No actually, welcome to our world and look at us.”

Babeheaven have an incredibly busy summer ahead of them and have plenty to look forward to. They’re playing at Latitude festival, going on tour with Beach Baby and Jamie is attending Barcelona-based music festival, Primavera Sound, that has the most incredible line-up. But the things Nancy is most looking forward to? “The weekend. I’m looking forward to being Babeheaven. The next single, let’s keep it moving.”

All images taken by Yero Timi-Biu.