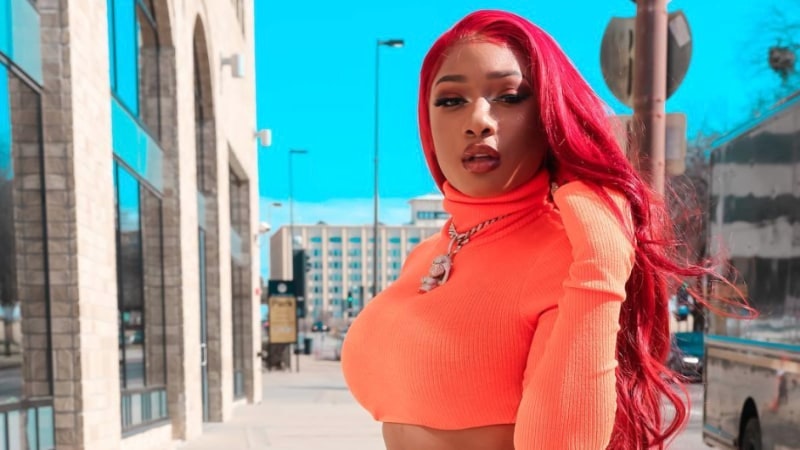 You should already be paying attention to Megan Thee Stallion – a 24-year-old rapper from Houston who is out here empowering black women. She has rapidly helped shift attention from the men who usually sit at the Southern rap game table in America. And this season, she wants to give us all our own hot girl summers.

The beauty of southern US cultures has often been left out of mainstream narratives. The last few years have seen that changing – a vast array of talent and aesthetics have been highlighted, from the southern HBCU spirit in Beyoncé’s 2018 Coachella performance to portrayals of Houston in Solange’s When I Get Home, music consumers all over the world are being met with a cultural richness that doesn’t try to explain itself.

Musicians like the DMV’s Rico Nasty and Chattanooga’s BbyMutha have also been a part of this musical charge. These artists are sharing work that shines effortlessly, leaving people who are dedicated to misunderstanding it as pressed as they are confused. Houston’s Megan Thee Stallion is an undeniable leader of this movement.

Hot Girl Meg, the turn-up queen persona featured on Megan Thee Stallion’s Fever, is “for the girls”. Sitting with broadcaster Joe Budden for his Pull Up series, Megan stated that she enjoys spending time with other women in the rap industry, considering the fact that, “A lot of beef between women [rappers] gets started with their fanbases… You gotta make sure everybody’s cool, on every end.”

“To see Megan nod to the Blaxploitation genre illustrates not only the way that her blackness is centred in her music, self-identity, and advocacy”

While her confidence and bars set her up to be the leader of the pack, she’s been harnessing her strength and fame to empower black women within the music scene. Guests and fellow boat drivers (folks who are up for drinking cognac straight from the bottle) who have passed through her legendary pop-up Hot Girl Parties include rappers such as Dreezy, Queen Key, Malibuu Mitch, and Melii.

Since the release of her latest project, Fever, many have drawn connections between Megan’s marketing visuals and the aesthetics of the Blaxploitation era, especially the films with mighty black heroes like Cleopatra Jones and Sugar Hill. The mixtape’s cover shows Megan standing unbothered by huge flames, poised over a luxury car and a horse. It appears to draw reference from film posters featuring Blaxploitation heroes, such as Pam Grier (Coffy, Foxy Brown), Trina Parks (Darktown Strutters), and Vonetta McGee (Melinda).

Through the years, the Blaxploitation genre has seen its fair share of praise and criticism. While some cultural activists such as Huey P. Newton regarded the genre as being revolutionary, other scholars and theorists have deemed the character portrayals as being disrespectful to the demographic. To see Megan nod to the genre illustrates not only the way that her blackness is centred in her music, self-identity, and advocacy; it also demonstrates an appreciation for black performance that centres the parts of some folks’ blackness that some public figures through the years have aimed to hide. A person’s self-expression may or may not play into stereotypes. The issue is the existence of the stereotype, not the person’s chosen mode of self-expression.

Megan’s work demands that those engaging in it reconsider their own understandings of what black womanhood can and cannot do. Her appreciation and utilisation of her sexuality have left some consumers questioning the value of her impact: similar to criticisms levelled at black actors within the Blaxploitation era, many have pinned her raw sexuality as being reductive.

The sexual lives of black women and gender non-conforming people have historically been demonised by white supremacy. Megan’s commitment to expressing herself through a form and fashion that feel true to her is inspiring other black women to do the same – whether it be animé print bikinis and lacefronts for casual cosplay, or her lyrics about dancing right through the folks trying to stop her from winning.

A thread running through Megan’s discography is that her sexuality is not deviant. She is expressing her unapologetic desire, her ambitions and her unwillingness to bow down to anyone who can’t beat her in the booth. No one plans on trying to challenge her anytime soon. Her aesthetics, her swagger, and her mind-blowing freestyles have proven that Megan is an extremely powerful rapper Like the heroines she’s alluded to, her work is not done until she gets all of the fame, finances, and freedom that she and her hotties deserve.

“One does not just ‘listen’ to Megan Thee Stallion. Her wordplay, hype instrumentals, and unrelenting confidence offer listeners an experience”

In addition to helping women find their light, Megan is also using her fame and newfound fortune to contribute to community efforts. She hosted a hottie beach clean-up earlier this month, where she invited fans in Los Angeles to join her in cleaning up rubbish at Santa Monica Pier. She donated money to help offset the funeral costs for one of her fans. She’s made it clear that the hottie movement is one that’s inclusive of plus-sized and fat folks too, and subtly reminded Joe Budden in their interview that there’s nothing bad about being fat. As she comes into her own light and talent, she’s using it give others a platform.

One does not just “listen” to Megan Thee Stallion. Her wordplay, hype instrumentals, and unrelenting confidence offer listeners an experience. In a society that benefits off of the insecurities of women, and especially the contributions of black women that try to combat said insecurities, Megan is bringing women together to move through the bullshit accordingly. Megan Thee Stallion is pushing us all to take control and give ourselves the hot girl summers that we deserve.