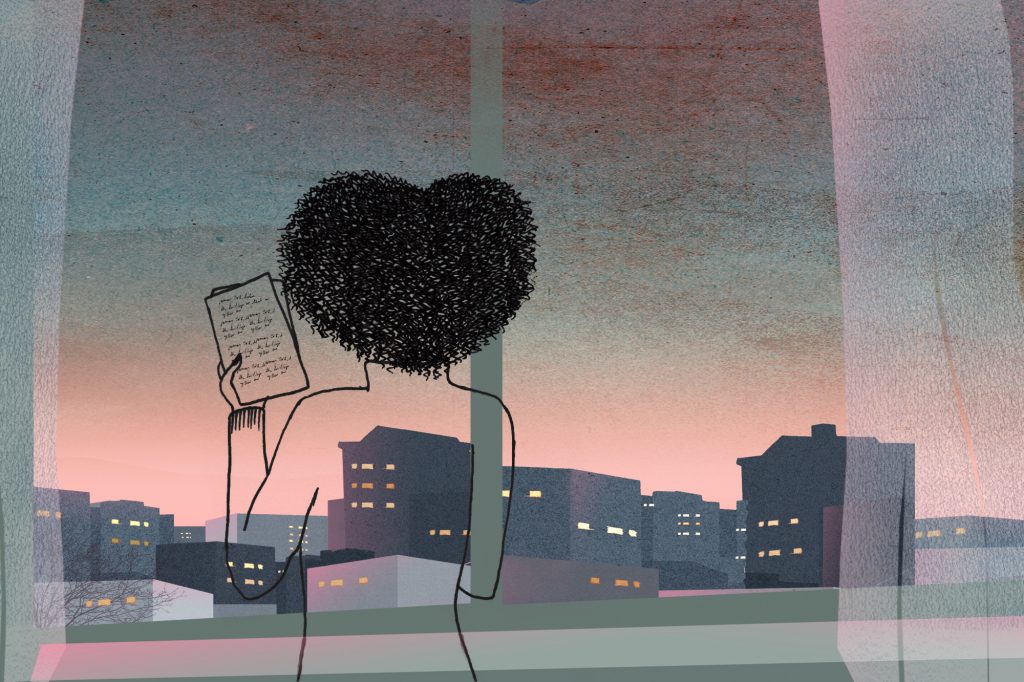 To the new girlfriend of my abusive ex-boyfriend,

You looked happy when I saw you with him that day, sat on his lap with your arms folded around his neck. I doubt you’d have noticed me – I put my head down and walked past as quickly as I could, a nauseous feeling rising in the pit of my stomach.

I remember being in your position – giddy and liberal with the PDAs. He’s intense, which you’ll mistake for passion at first.

But he’s also consuming. He’ll take far more from you than he will ever give, unsated until you have relinquished every ounce of the essence he claims to love.

It has been years since I saw you that day. I didn’t have the guts to tell you when I had the chance, but these are the things I would’ve said. I’d tell you that the man whose eyes you gaze into is not who you think he is.

I would warn you of the monster in your midst.

In his eyes, women are either Virgin Marys or Mary Magdalenes. He will shame you for any previous sexual relationships he deems ill-fitting of a “wifey”. He will laugh about his male peers’ conquests while morally assassinating the women whose bodies are seen as playgrounds for their vices. He will hold you to standards he’d never demand of himself.

He doesn’t crush your self-esteem in one fell swoop; instead chips away at it bit-by-bit. He’ll find a million ways to make you feel inadequate, rationing out compliments like they cost money.

Eventually, I grew weary of feeling anxious and constrained. By that time, it was my first year at university and I was carving out my independence. I was spending more time with friends and rebuilding my sense of self. I realised how little he brought to my life and decided to call it quits.

It didn’t go down well.

I remember the day in flashes, some parts better than others. I met him at the underground station near his house, as I always did – only this was to be the last time. It was Mother’s Day. He was supposed to bring the belongings I had requested back but showed up empty-handed. He had a look in his eye that I hadn’t seen before. He told me to follow him home to get them, as he had come from elsewhere and hadn’t picked them up on the way. I followed even though my gut was telling me that something was very, very wrong.

Have you ever had one of those dreams where you’re being attacked but your body refuses to react? Your mind is willing your arms to flail, your legs to kick, but you feel physically helpless – a prisoner in your own body.

I wasn’t counting the number of times he slapped me, threw me against a wall, pulled my hair, grabbed my throat. He chewed up my insecurities – the ones I had revealed to him in confidence – and spat them back at me. He found a rhythm: verbal abuse interspersed with the physical. I was “ugly”, a “big-foreheaded bitch”, a “whore”. He threatened to slice my face so no one else would ever want me.

One of my biggest regrets in life is not finding the resolve to pursue legal justice. At the time I wasn’t thinking about anything beyond putting an end to the chapter, sellotaping my seams together and excavating him from my memory.

But then I saw you.

I realised that my experience would be the tip of the iceberg  – that if he had done it to me, he would do it to others. I wish I had done something at the time to prevent that from happening. This letter is an apology to you. Pressing charges might not have changed much, but if there was a chance it could have ensured the safety of someone else, it would have been worth it.

I hope he doesn’t hurt you or convince you that you are less than you are. I pray you never put a silencer on your gut feelings. And whatever happens, remember: his attempt to diminish your strength is a sign of his weakness, not yours.

If you have been affected by any of the issues in this piece, resources such as the Women and Girls Network support women who have experienced violence or are at risk of violence