Puma and the gross fetishisation of working-class struggle 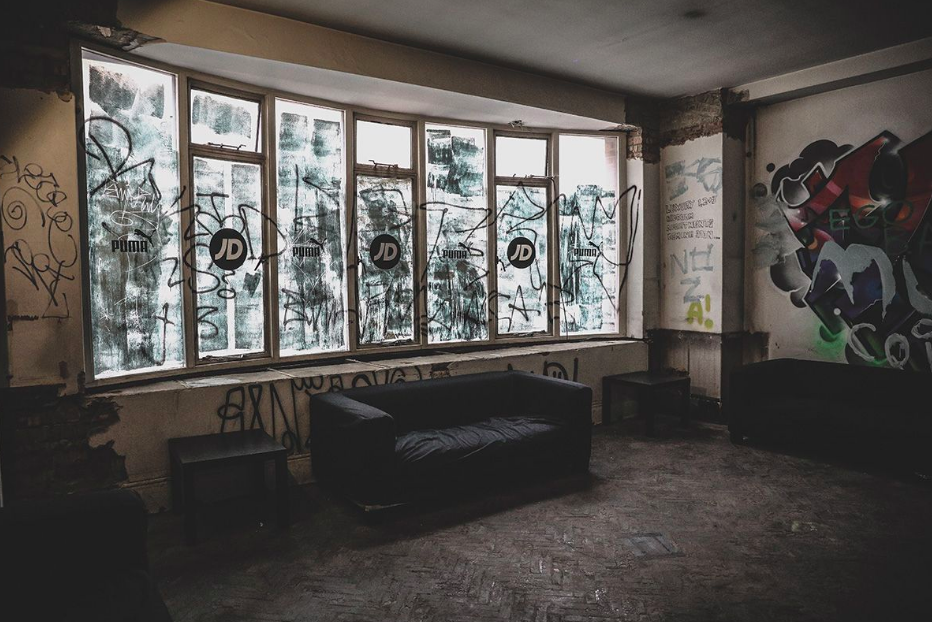 You know when white girls wanted to do photoshoots in estates for their handmade co-ord, furry flare pants and boob-tubes to sell on Etsy? I found it annoying, I side-eyed, but let it slide. Again, when I saw that Puma hosted a party inspired by drug dealing and poverty unfold on my Twitter timeline, my gut screamed, “okay, white nonsense back at it again whatever, NEXT!” Shortly after, a social worker named Amber Gilbert Coutts penned an open letter to Puma and JD Sports on Instagram passionately explaining why the entire event was an insulting glamourisation of the lives of vulnerable young people.

“The Vulnerable young people… who are most at risk of becoming victims of this violence are those associated with gangs and the related drugs market,” she wrote. Coutts also mentions that “4,000 teenagers from London are being exploited and trafficked every year to sell drugs in rural towns and cities”. After reading Coutts’ letter, the severity of the issue became even clearer to me; these incidents and the wider appropriation of black working-class culture happen so often, that even I have become desensitised to White NonsenseTM . Of all of the tone-deaf and disrespectful things you can do in this godforsaken 2018, this has definitely topped the list.

“Considering that 71 people lost their lives recently in Grenfell Tower, attempting to glamourise the life of those living in unsafe, government-neglected, poverty stricken blocks is simply gross”

The event, called House of Hustle, according to Puma, was put on as a way to celebrate the achievements of “young urban dwellers”. The party was situated in the far from urban and wealthy area of Soho. In Coutts’ letter she mentions that “in other areas of the capital that night there were six stabbings in 90-minutes”. Guests to the event were given a shoe box with fake £50 notes that had the faint image of a block of flats printed on them.

Considering that 71 people lost their lives recently in Grenfell Tower, attempting to glamourise the life of those living in unsafe, government-neglected, poverty-stricken blocks is simply gross. Guests were also presented with mobile phones that, once turned on, greeted them with the message: “Yo G what u sayin today? Pass tru the House of Hustle”. …erm okay?

Once guests arrived at the event they were met with graffiti on walls and dirty rugged furniture, including mattresses and sofas. Visionarism – an online lifestyle magazine, brand development consultancy and social media agency – posted pictures of the event on their website. In the introduction, they said that the event said that in order “to celebrate cultural icons and emerging urban entrepreneurs, Puma brought together a few local ‘hustlers’ under one roof, and took over Soho”.

So let’s break this down, when they say “cultural icons” they really mean black celebs, and when they say “emerging urban entrepreneurs” they mean young black entrepreneurs. I couldn’t even get through the start of this statement without cussing, because what in the fresh hell were these people talking about?

“Why would you celebrate their progress and achievements by rubbing the poverty, lack of opportunity and crime-infested life they had in their face?”

Assuming that these were the conditions that every single one of these “urban” icons they were celebrating was raised in – which is problematic in and of itself – why would you celebrate their progress and achievements by rubbing the poverty, lack of opportunity and crime-infested life they had in their face? Also, the whole event was trap themed, hence the beatdown trap house, so this generic flinging around of the word “hustlers” assumes they all came up from being drug dealers? I don’t know about that one.

What is even more embarrassing about this entire incident is that it happened shortly before the new Nike ”On Air” campaign that brought together key cultural influences from London such as gal-dem, Reprezent, GUAP Magazine, GRM Daily and young London based creatives to design a Nike Air Max for London. The juxtaposition of these two events speaks volumes; though there is no ethical consumption under late capitalism, some aren’t as unethical as others.

“The gross misappropriation of poverty, drugs, trafficking and crime is disgusting and vile”

You can clearly see that Nike has created a space and opportunity for talented upcoming individuals to utilise their resources for greater things.  If Puma genuinely wanted to support and celebrate “cultural icons” they could have done it this way – the gross misappropriation of poverty, drugs, trafficking and crime is disgusting and vile. There is a clear fetishisation of the alleged “urban” lifestyle by white, middle-class individuals who occupy spaces in agencies and regurgitate the same harmful and insensitive rhetoric about the very real lives of people in this city. Considering the current climate in London, with news stories of young lives lost to crime almost daily, you’d think that they’d be more careful about this.

When we initially reached out to Puma for a statement on the matter they said they were “issuing no comment at this time”, and instead sent through their followed by a post-event press release in which they claimed their event was “designed to specifically celebrate examples of creative entrepreneurial pathways that are being forged from within the often testing social and cultural environments that are a reality for an increasing number of young urban dwellers”.

They have since issued an apology, below, but the gross generalisation of the “young urban dwellers” is very cringe-worthy and compassionless. Trying to recreate someone’s reluctantly lived reality is in no way a respectful form of celebration.

“Trivialising the lives of vulnerable young Londoners and capitalising off their struggle for profit and exposure they will never see, is not okay”

Nike managed to collaborate with people doing amazing work in the same field and did not have to stoop as low and shove the foam-at-the-mouth poverty fetish – as demonstrated by many brands and influencers – in everyone’s face. Trivialising the lives of vulnerable young Londoners and capitalising off their struggle for profit and exposure they will never see, is not okay. If you cannot bring yourself to see that sitting in your plush agency office ripping off an experience you cannot identify with is a problem, you have no business telling or recreating those stories, because you clearly lack the cultural range.

Puma, JD, honey, you should’ve just sat there and ate your food, sis. The only thing keeping your dusty brand alive, in my opinion, is your perverse obsession with black people and culture. Without your Rihanna partnership, your longfoot plimsolls and dated attire wouldn’t have an ounce of relevance to someone like me. So before you get too comfortable trying to strategically position yourself as a for-the-culture and defining brand, you need to check yourself.

Update: PUMA have since issued a statement

“Last week, the PUMA House of Hustle set out to celebrate youth culture in line with our “Run The Streets” campaign. The campaign is designed to highlight young entrepreneurs who use their skills and talents to build businesses and have an impact on culture, whether it is through making jewellery, music, photography, or other creative pursuits.

In our invitations to the event, we used the terms ‘trap’ and “trapping” with the intention of the colloquial interpretation of “hard work” and “hustle” in a number of fields. Unfortunately, these words can in some contexts be associated with the illegal drug trade.
We want to make clear that PUMA in no way endorses or intends to glamourise drug culture. We never intended associations with drug usage, drug culture or drug dealing in any way and we regret any misunderstandings in this respect. We apologize for any upset or offence caused in the usage of this language.”