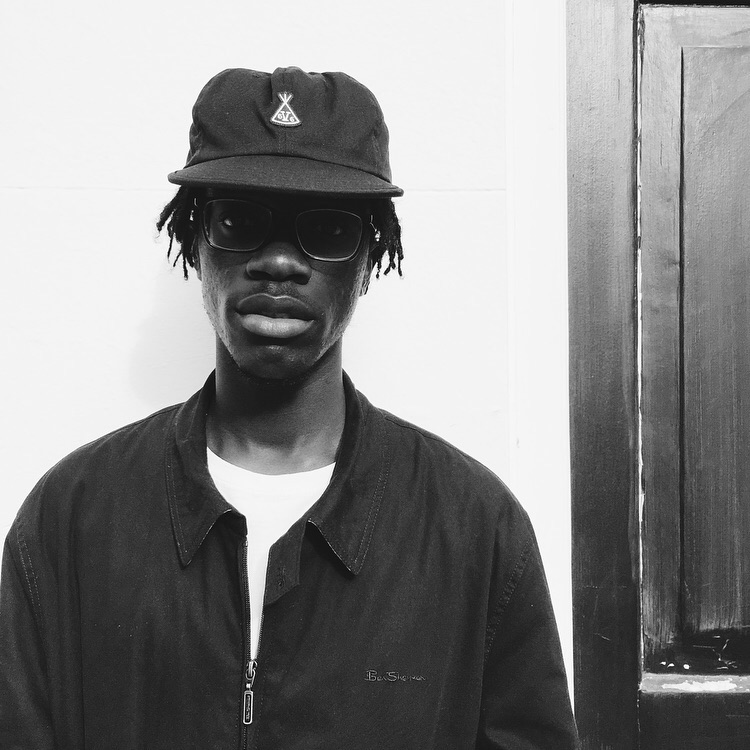 ThisisDA is a musician based in Bristol who’s getting music blogs excited about the South West rap scene again. We met up to talk about music as therapy, making tracks with your idols, and avoiding the pressure to represent a minority.

At three years old, ThisisDA toddled up to his mother and told her, in no uncertain terms, that when he grew up he wasn’t going to be ruled by anybody. “Three year olds don’t talk like that,” the 21-year-old musician tells me now, half proud, and half astonished at how certain his younger self was. Yet, with the release of his second EP Based Off Black just a few weeks before his last birthday, I reckon that his younger self was on to something.

We’re sitting at Bristol Harbourside, our legs dangling over the bank as couples and little kids run about in the autumn sun. He has a heavy, calm aura which doesn’t quite fit with the bustle around us. London-born but Bristol-bred, ThisisDA is hard to place. His accent is a hybrid. He’s not repping no ends. He talks from the back of his mouth, tongue tight like a Londoner, but occasionally slips in the short a’s and rhoticity of a South West native. “I don’t feel like I make music specifically for people in Bristol. I wouldn’t say there’s a specific demographic of kids out there that will like my music. Just real people,” he shrugs. “When I’m here I feel comfortable. When I’m in London I feel the same.”

For ThisisDA, the only place which truly feels like home is the studio. It’s a solitary experience: he records his raps alone with just his mind, his mic and his voice. You can hear the effect of this all the way through his new EP. Based Off Black sounds like an inner-monologue, a walk through ThisisDA’s conscience, and the journey takes us through some dark shadows.

‘Sell Me’, the anthem about racism and police brutality, is a well-crafted retaliation, opening with all shots fired: ‘Way too much on-going drama / cops rockin’ militant armour / “Shoot shoot shoot” every little nigga down, no you don’t mean nada.’ It’s depressing in its truth, mirroring the sentiment of the #BlackLivesMatter movement spreading across the US, of the same pain and frustration that sparked the London riots. I wonder whether he feels pressure to speak out about black issues as a black artist, but it was never a conscious decision to rap about the topic.

“I’m not trying to represent a minority. I’m not thinking about what I should rap before I rap it.” The lyrics come to him as soon as he hears the music and he follows his train of thought until the track is complete. If he’s talking about what it is to live life as a black man it isn’t because of any duty. It’s just another part of his reality. Corrupt cops sit snugly on ‘Based Off Black’ right alongside love letters in ‘Cosmic’ or the old-school showboating in ‘Hotsteppa’. His EP contains multitudes, but I hasten to mention that it struggles to reach anything recognisable as positive.

“That’s just my life right now. There’s a lot of dark stuff going on,” he says. Then he smiles, all teeth and schoolboy dimples, and the expression contradicts the statement. This is the paradox of ThisisDA. He is both open and guarded, his lyrics a tangle of meandering thoughts while his demeanour in person is straightforward and calm. Somehow he is complex and uncomplicated at the same time.

It works in his favour.

His EP reveals enough emotion to be relatable, but references so many half-told tales of private points in time that no listener could ever paint themselves the whole picture. “Every line in each song hits somebody differently,” he explains, “so when I listen back to it, I definitely feel like I got across how I was feeling at the moment I felt it. Which is good. It means I did a good job.”

We share the same favourite song on Based Off Black: ‘No More Mind’. To me, it sounds like thoughts floating along the top decks of a night bus in a borough far from home. To ThisisDA, “it just…it sounds exactly like what’s going on in my head.”

And it almost didn’t make the EP. He had finished Based Off Black and sent it off to his manager ready to be released before the song existed. Then, in late July, he made ‘No More Mind’ and knew it had to go on there. “I talk about a lot of things I don’t really talk about but I put it into a song somehow.” He makes it sound like writing is a form of therapy for him. “I mean writing is like a cathartic thing, isn’t it? You can just get out what’s inside. But I think melody is more of a therapy. I like the melodies in songs more than what I’m actually saying.”

The most upbeat song on the EP is ‘Won’t Change’, the track ThisisDA made with West Coast rapper Blu. The chorus repeats “Still I been having a blue day / blue day / But it doesn’t mean this here won’t change” It’s optimistic, at least, and an odd collaboration: ThisisDA, a UK artist at the start of his career, and Blu, a West Coast rapper who’s been in the game for over a decade.

“Blu was the guy I used to listen to when I was fifteen and had no friends,” he says, grinning. ThisisDA contacted Blu via twitter. “I sent him my stuff and he told me I like this and I like this.” Blu saw where he was coming from, and after some back and forth beat-sharing and mentoring, ThisisDA finally asked Blu for a verse.

What’s it like to feature on a song with someone you looked up to? I asked. “It’s mad,” he says, and then pauses, “But it proves it. It shows that this is where I’m meant to be.”