A love letter to Mariah Carey, the most impactful person in pop

Following the recent release of Mariah Carey’s memoir, Grace Medford looks back on her personal fandom as well as the broader impact of a trailblazing musical genius. 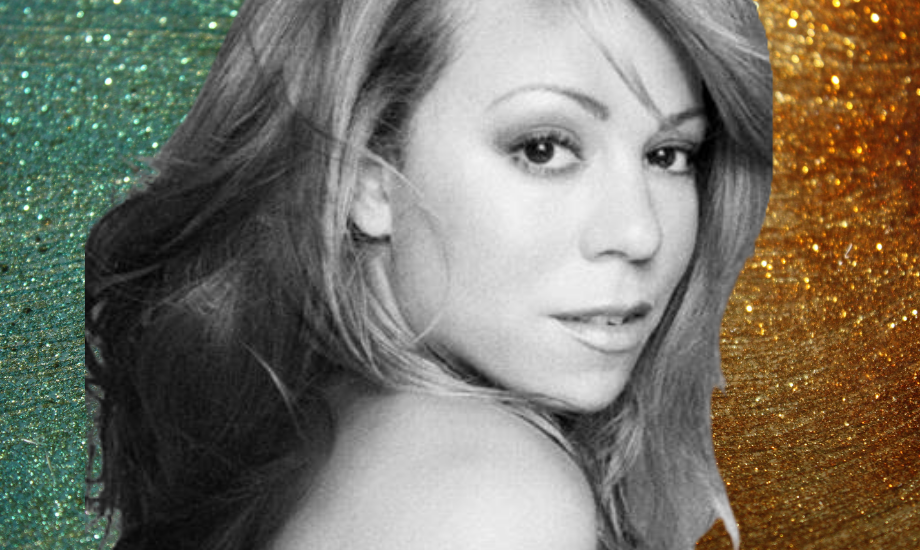 It is difficult to overstate the impact of Mariah Carey.

Within just the first five years of her career (1990-1995), she had topped the Billboard charts 10 times. Her Boyz II Men collaboration ‘One Sweet Day’ spent so long at #1 (a record-setting 16 weeks) that it would be 22 years, and the introduction of streaming inflation, before anyone matched it. It took another two years after that before the record was broken by Lil Nas X and his viral smash ‘Old Town Road’. She went on to have another nine #1 singles, making a total of 19 – at least one in every decade since the 90s. Only The Beatles have had more #1 singles than Mariah Carey.

The record sales exceed hundreds of millions, the list of artists influenced by her goes on for pages. She pioneered the merge between pop, R&B and hip-hop and revolutionised the remix. Oh and then there’s that little Christmas song she wrote – the 10th biggest selling song in the world, ever – which has made her completely synonymous with the holiday season.

There is not even a drop of hyperbole in the statement “Mariah Carey is the single most impactful person on music and pop culture in the last 30 years.”

“She pioneered the merge between pop, R&B and hip-hop and revolutionised the remix”

I entered an appreciation of Mariah Carey in two stages. Coming from a mixed-race family, I was raised on “black” music – the Jackson siblings, Whitney Houston, Bobby Brown, Donna Summer, Luther Vandross, Marvin Gaye, all the Motown-era legends and two very integral compilations: the Street Soul double cassette and the Summer Groove double-CD.

Mariah was very much a part of the furniture in my home. But it wouldn’t be until The Emancipation Of Mimi, her phenomenal phoenix-rise-from-the-ashes-era, that I became actively interested in listening to her music. ‘It’s Like That’, ‘We Belong Together’, ‘Shake It Off’ and ‘Get Your Number’ dominated the two Freeview music channels in 2005 and, like any other 14-year-old of the time, I was obsessed. I even ripped my mum’s copy of Mariah’s 2001 Greatest Hits album to my 512MB mp3 player.

I enjoyed the more upbeat 90s offerings – ‘Make It Happen’, ‘Fantasy’, ‘Heartbreaker’ and my ultimate favourite Mariah song ‘Emotions’ – and hammered them relentlessly. I was less taken by her adult contemporary ballads, having not the ear or the emotional intelligence to really understand them yet. This first stage was really admiration for Mariah the icon, the legend, the diva. I was more in awe of what she represented – an unfathomable level of celebrity – than I was particularly connected to her music.

The second stage began with the oft-forgotten, extremely motivating ’Triumphant (Get ‘Em)’ through to ‘#Beautiful’ ft. Miguel. It had been three years since Mariah’s last studio album and her return reignited my interest in a big way. ‘#Beautiful’, in particular, is still one of the most lushly produced, gorgeously arranged songs I have ever heard. It sent me delving back into Mariah’s back catalogue once again, this time with a more inquisitive ear.

“Only The Beatles have had more #1 singles than Mariah Carey”

I learned in more detail about Mariah’s formidable talent not just as a vocalist, but as a songwriter and a producer. There is barely a song in her discography where she did not have both a writing and production credit but, unlike men, where this multi-faceted approach to their art is promoted and celebrated, I realised I had never really known this about Mariah. I came into an understanding of Mariah’s musicianship at this time – the layers of vocal production, the sampling decisions she was making and her unique lyrical flair. I finally began to truly comprehend what a formidable powerhouse she was, the likes of which do not come along very often.

This was only cemented a couple years later when I flew into Las Vegas and caught the opening night of her #1 To Infinity Tour. Wearing a light-up crown with Mariah’s name emblazoned across it, I witnessed the type of self-assured performance that only an artist with full confidence in their ability can deliver.

It is always a privilege to be a part of the audience for such a gifted artist and, though I have seen several Mariah concerts since, my experience in Vegas will always hit just that little bit differently. Sometimes it takes being in the same room, feeling the palpable energy, to fully recognise a once-in-a-lifetime talent.

With the release of Mariah’s first memoir, The Meaning Of Mariah Carey, I am now entering into a third stage of appreciation – that of Mariah as a person. The emotional abuse she suffered through her marriage to label boss Tommy Mottola was fairly common knowledge and lurid tabloid sell-outs from her older siblings have peppered her entire career. It takes reading the story of where Mariah came from, in her own words, to fully comprehend what a miracle it is she got anywhere at all, never mind climbing to the stratospheric heights she has attained.

From her unstable and sometimes violent home life to the racial prejudice she experienced as the “ambiguous” looking daughter of a black man and a white woman. She understood the trials and tribulations of being a woman in  an industry prioritising men long before the #MeToo, #TimesUp or #BlackLivesMatter movements opened up space for difficult discussions. Mariah’s life story is a true telling of The American Dream and how it so often bleeds into a nightmare.

The memoir also goes a long way to contextualising a woman who has spent her entire career being mischaracterised as a primadonna at best and unstable at worst. Artists can often be guilty of “opening up” tactically in an effort to shift an unfavourable narrative or rehabilitate a tarnished image, but with Mariah there is the sense that this is more of a cathartic unburdening than an attempt to deify herself.

As Mariah untangles the painful knots of her past, shedding light into the shadows that she says still haunt her to this day, there is a message of resilience, and triumph over the odds as well as the feelings of alienation and perils of going from rags to riches. All the important ingredients of a true “Hero” origin story.

As I get older I find myself feeling oddly maternal towards my favourite artists in their youth. The most rawly talented of these young people often come from dysfunctional backgrounds, growing up with very little money, or emotionally absent parents.

In Mariah’s case, and many others, they’re also dealing with the unique pressures society doles out to people who are non-white. When they hit the skids, the empathy extended to these young people is severely lacking and, unlike their wealthier or more nepotistic peers, they have no real trusted support network to fall back on. The media narrative takes a soap opera tone, prioritising sensationalism, usually to the complete discredit of their accomplishments. It’s a wonder that any of them survive it. Far fewer go on to be able to set the record straight.

It may seem strange to feel protective of a celebrity in her (maybe) 50s, and has more money and power than I could ever dream of. But the ways in which we frame discussions around artists like Mariah have ramifications on culture more generally. Instead of spotlighting her unusual (for the time) creative license and deep understanding of her own artistry, media portrayal of Mariah reduced her to an ostentatious bimbo, a 2-dimensional “diva” out of touch with the real world, high maintenance and successful only because she married smart.

“Things may have been different had an entire generation grown up in full knowledge that one of the most successful stars of our time was not a gold-digging songbird in a sparkly gown, but a culturally savvy, trailblazing musical genius”

The phrase “you can’t be what you can’t see” comes to mind when thinking about how women are still severely under-represented in music production. It’s hard not to wonder how things may have been different had an entire generation grown up in full knowledge that one of the most successful stars of our time was not a gold-digging songbird in a sparkly gown, but a culturally savvy, trailblazing musical genius.

For all that there are reasons to want to leap to her defence, it must also be noted that Mariah is in little need of it, fighting tooth and nail for every single inch of ground she stands on. It was her own determination that got her to New York City as a session singer and her own hustle to record the four demos that were the foundation of her debut album, and led to her securing a record deal in the first place. When she ended her marriage to Tommy Mottola and predicted correctly that her controlling ex would use his status and influence to sabotage her career, she herself negotiated the termination of her record contract.

She refused to compromise on her racial and cultural background, even as the men at her label tried to strip all the “urban” out of her. She insisted on collaborating with rappers and featuring black people in her music videos long before “diversity” became an expected standard. And after what she describes as her “diva fit” in the early 00s, when everyone had counted her out, she released an album so unquestionably brilliant that it returned her to the stratospheric heights of success she had enjoyed in her early career.

Now, with her memoir at the top of the NYT bestsellers list, she is also taking ownership of her legacy and enjoying a new era of critical acclaim. It may have taken 30 years, but Mariah is finally being given the level of professional respect she has always been due.