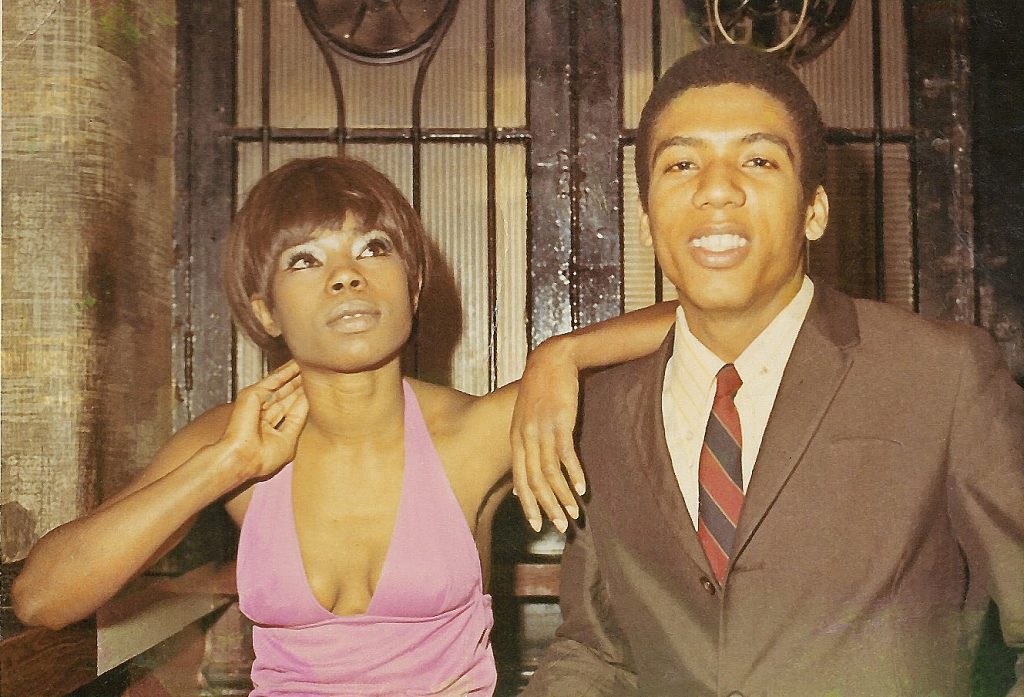 June 22nd 2018 marked the 70 year anniversary of the Empire Windrush arriving on British shores. Jamaican-born fashion designer Lorna Holder’s new book, Style In My DNA: 70 years of British Caribbean fashion, beautifully captures the fashion and lives of Caribbean people from the 1940s onwards. Below are exclusive images illustrating the trends and styles of Caribbean people over 70 years.

Due to the wartime rationing, women’s clothing was of the Utility style, which was practical and used less fabric. Cinemas were very popular in the Caribbean. The Zoot suit was often worn by Caribbean men, inspired by African-American musicians. It consisted of high waisted, wide-legged trousers, worn with a long jacket.

The rise of synthetic materials proved very popular in the 50’s as clothes were now more crease resistant and easier to look after. Fashion was often influenced by the cinema, as that was one of the few places Caribbean men went for entertainment in the UK.

Knitting became a prominent pastime for Caribbean women; this meant lots of garments, including jumpers, cardigans and twin sets, were created. By the late sixties, fashion was becoming less conservative – hot-pants, tight trousers and mini skirts grew in popularity.

Student protests and The Civil Rights Movement both in the UK and America had a massive influence on fashion. Activists such as Angela Davis from the Black Panther Party and revolutionist, Che Guevara were often found on t-shirts.

By the 1980s, clothes were loosely fitted and Kangol hats, trainers and Jheri curls were on-trend. Jamaican singer and actress, Grace Jones had a massive influence in fashion with her androgynous style and geometric hair.

Caribbeans were experimenting and spending more money on fashion, beauty and hair. Trousers were often high waisted and circular sunglasses were on trend. Pan-Africanism meant fabrics and garments often from West Africa were worn as a way to reclaim and connect to the continent.

Order Style In My DNA: 70 years of Caribbean fashion here.