A brown girl In the gym: learning to love and build my body 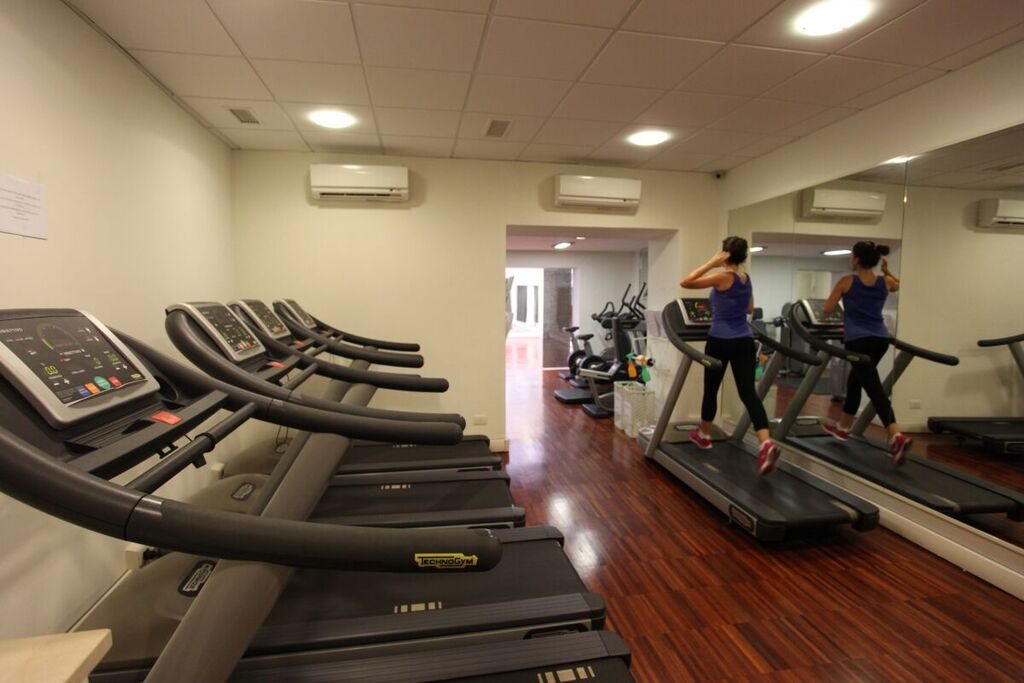 Never before has the fitness industry more closely tied itself to female empowerment. Gone are the days of Slimming World and Weight Watchers, the revenue of the latter plummeting since 2013. Fitness has thrown out weight loss in favour of muscle gain, choosing to make women faster and stronger instead of shrinking them down.

But when I reflect on the question of what it means to be a fit, I find myself pulling towards an aesthetic and racially essentialist ideal, as much as an athletic one.

A whiny schoolgirl, I blamed the baby fat around my belly on my mother’s diet of namkeen and mithai. Even though it was probably fed in equal measure by the school canteen’s “cornflake tarts” and deep-fried potato smiley faces. I still remember the day that I resolved to “get healthy”. I entered the words “fit girl” and “healthy girl” into an online search engine. Each time, I tried in vain to find my “fitspiration” in one of the pictures of white girls with washboard abs, more often than not posing outside a private health suite with a towel draped around her neck.

At first, it was less the disparity between these spindly, glowing bodies, and my own medically-overweight brown one that bothered me. It was more the fact that my family did not live near a David Lloyd or Pure Gym, and even if they did they couldn’t afford a membership at one. Nor did my parents concern themselves with teaching me to swim or how to ride a bike.

“As long as I was on course to achieve As and A*s in Maths and the Sciences, to them I was doing alright”

I grew up increasingly despairing at my parents’ lack of concern for my spiralling weight gain, and at being consistently graded as “poor” in Physical Education on my school report. As long as I was on course to achieve As and A*s in Maths and the Sciences, to them I was doing alright.

As a young girl, I found the contrast between the encouragement my father gave to my brother to partake in physical activity vis-à-vis myself particularly painful. I looked on gormlessly as my father carefully dissected the rules of test match cricket to him, before they headed off to the park to score some runs.

There remains a significant disparity in levels of physical fitness exhibited by children in South Asian families compared to other ethnic groups. In 2006, research conducted by Child Heart and Health Study on over 1,500 children from nine to ten years of age in the UK found lower levels of submaximal physical fitness among Indian, Pakistani and Bangladeshi children, compared to their white counterparts. Even after accounting for objective measures such as average daily steps, the disparity remained attenuated at over 75%.

Had I taken part in the experiment – I was also nine-years old at the time – I doubt I would have bucked the trend. Parental expectations of academic excellence diverted pressure from attainment in fitness and physical activity, spheres bursting with opportunity to enrich my quality of life as a child.

“The Youtube scene was full to the brim with colonising practices”

Tried as my preteen self did to step into the world of health and fitness, it felt all too alien, and in many ways still does. The Youtube scene was full to the brim with colonising practices: from various health gurus rehashing the practice of yoga for their Made In Chelsea clientele, to raw vegans spewing lectures on environmentalism as they concocted potions of soaked chia seeds and avocados shipped from Mexico.

Having finally come across a woman of colour creating fitness content for Youtube, Cassey Ho (Blogilates) told me I had to avoid carbs, which included the South Asian staple – rice. It was only a matter of time before my mother would be dropping a grain on my plate to my banshee-like screech of protest. On the schoolgirl version of this ketogenic diet, I repudiated my mother’s meals and lived off of tuna mayonnaise from the school canteen. Teachers thought that I was vomiting in the toilets; I was simply groaning from chronic constipation.

I was adamant that Blogilates knew best, and her white fitspo counterparts even better. According to Forbes, the most influential women in the fitness industry, in terms of the composition of their material wealth as well as their bodies, were Kayla Itsines and Emily Skye. The representations of fitness that I came across on Google Images began to stretch beyond the search engine, into Itsines’ ‘Bikini Body Guide’ e-books and Skye’s Instagram feed.

I didn’t choose to start eating properly again because I suddenly learnt to love and take care of my body, it was simply so I could take away the look of pain on my mother’s face as she helplessly watched me whittle down.

“The blood was pumping through my veins, and my arms were no longer cold and shivering as they had been”

In desperation, I joined the council gym and picked up the most manageable set of dumbbells from the floor, swinging them madly in a bid to minimise any fat gain. But I came home from the gym very hungry, and although I hadn’t eaten a banana for two years, my stomach was growling for one, or rather three. The blood was pumping through my veins, and my arms were no longer cold and shivering as they had been. Over time, after my gym visits, I became more and more convinced that my body was meant for greater things than to shrink and pale into nothing.

The fitness aesthetic continued to poison my mind as much as it inspired me. It presented its ideal in a body that I would never be able to achieve. I am grateful that I realised what I was doing to myself and deciding that eurocentric beauty standards were not for me. I started to want each beautiful brown limb of mine to get bigger and stronger, and they have. It’s all a process and will take a long time – but I am falling in love with my body for trying.

This year I competed and came third in my category at the British Universities Powerlifting Championships, and now I train bodybuilding style. Today I go to the gym to lift weights. I see my muscles and feel pride in the fact that they, and I, are unique.